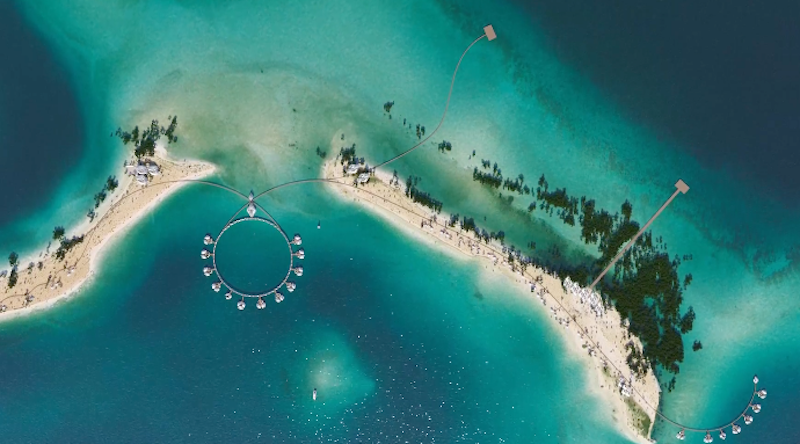 ACWA Power, a leading Saudi developer, investor and operator of power generation and desalinated water plants, has signed a Memorandum of Understanding (MoU) with Neutral Fuels, the GCC's largest biofuel producer, for future collaboration on the supply of its Net Zero Biofuel for Saudi Arabia's most ambitious regenerative tourism project on the Red Sea coast.
The ACWA Power-led consortium was awarded The Red Sea Development Company's highest value contract to design, build, operate and transfer The Red Sea Project's sustainable utilities infrastructure in November 2020. Once complete, the destination will become the first project of its scale in the world to be entirely powered by a range of renewable and sustainable energy sources, including biofuel, the ideal alternative energy source. As part of the MOU agreement with ACWA Power, Neutral Fuels biofuel is set to fuel the site's entire transportation network. For further information see the IDTechEx report on Distributed Generation: Off-Grid Zero-Emission kW-MW 2020-2040.
"This was a hugely significant moment in the story of climate change. The scale of the project is impressive but the real news here is the massive scale of the commitment that the Kingdom of Saudi Arabia is making to renewable energy. They're not just minimising harm, they are actively reducing their dependence on fossil fuel and enhancing the environment as they contribute to sustaining and regenerating it for years to come," said Karl W Feilder, CEO of Neutral Fuels.
Feilder makes the point that given The Red Sea Project's commitment, other companies have no excuse for continuing to contribute to climate change. "Net zero biofuel is a very easy and clean plug-in replacement for the fossil fuels that are causing so much trouble to the environment. Any transportation fleet can make the switch overnight. I hope The Red Sea Project proves to be an inspiration for other companies to follow suit," he said.
"As the world seeks to satisfy the rising demand for affordable power and water, ACWA Power remains committed to being at the forefront of the energy transition and providing transformative solutions, including the early adoption of emerging energy solutions like biofuels, to deliver power responsibly. We are delighted to be collaborating with Neutral Fuels, enabling us to accelerate our commitment to support the Kingdom's ambitions to deliver a tourist destination that limits the environmental impact through the provision of zero-carbon emitting utility services," said Paddy Padmanathan, President & CEO of ACWA Power
The Red Sea Project is expected to prevent an estimated 500,000 tonnes of CO2 emissions each year by using renewable energy and has already surpassed significant construction milestones. Work remains on track to welcome its first guests by the end of 2022, when the international airport and first hotels are due to open.
Neutral Fuels has begun setting up a biorefinery in Saudi Arabia to serve the project. The site will very quickly begin to resemble a city, dovetailing with the Neutral Fuels city-scale local/local/local business model in which biofuel is made from local used vegetable cooking oil in a local facility for use by local customers.
Source: ACWA Power
Top image: Red Sea Development Company

Human-Machine Interfaces Work Underwater, Generate Their Own Power
Philippines to Develop up to 3GW Wind Power
A Simple, Cheap Material for Carbon Capture, Perhaps from Tailpipes
Recylable Wind Turbine Blades Get to Work