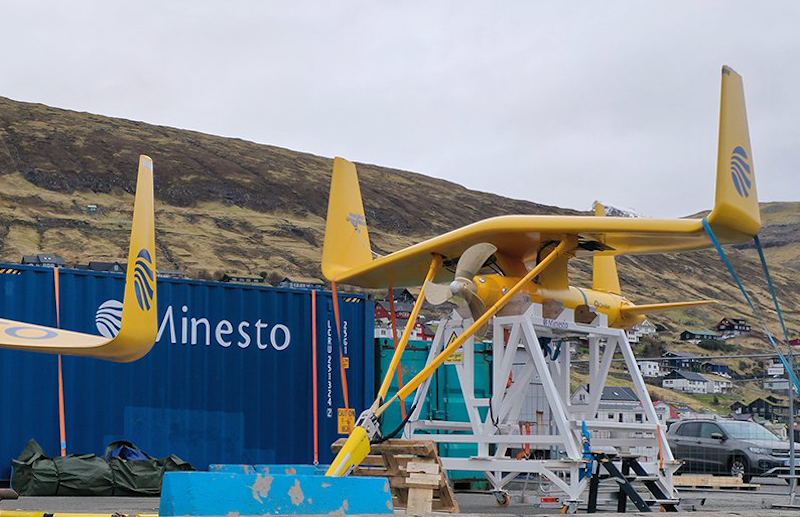 Leading marine energy developer Minesto has reached further improved power production performance through upgrades and modifications of the company's DG100 marine power plant. Furthermore, key aspects of test operations and electricity production with the DG100 system have now been third-party verified by DNV in accordance with international standards.
Minesto recently resumed operations with its tidal kite system DG100 in the company's project in the Faroe Islands, which Minesto is carrying out together with the electric utility company SEV. Following this spring's success with electricity production in Vestmannasund, Minestos has upgraded the DG100 system to increase production performance in terms of both maximum and average power. For further information see the IDTechEx report on Wave, Tidal and Hydro Power 1W-10MW 2018-2038.
This has been made possible, among other things, by improved generator configuration and optimised rudder control. Tides as a natural resource vary in intensity over the day. To utilise all available energy, it is of great importance to optimise the power plant's electricity production for both high and low flows.
"The modifications we have made have resulted in further improved performance during recent weeks' electricity production in Vestmannasund. Among other things, we have reached new record levels in terms of the highest measured maximum production at 139 kW and the highest average power on a lap with 92 kW. We generate electricity to grid over full tidal cycles with satisfactory performance, which is very positive from a cost of energy perspective,",said Martin Edlund, CEO of Minesto.
The DG100 system delivers large amounts of valuable data that is used both for evaluation of electricity production, and for further technology development and to strengthen Minesto's patent portfolio. Ongoing electricity production in the Faroe Islands is complemented by testing to ensure the development of the systems being produced for the EDF cooperation in France and the scale up in Wales.
Third-party verification
Furthermore, as part of the ongoing collaboration with DNV a second stage of evaluation has been concluded. Key aspects of test operations and electricity production with the DG100 power plant, most importantly the production power curve, have now been third-party verified by DNV in accordance with the standard IEC 62600-200:2013 and the principles stated in DNVGL-ST-0164. The collaboration with DNV continues so that Minesto's unique principle for electricity generation from tidal streams can be accurately compared with other technologies.
"Work is underway to protect technical solutions linked to the system's electricity production and performance. Therefore, we have chosen to share performance data from electricity production to partners and potential customers, but not publicly. The system delivers satisfactory performance regarding electricity production levels and, which has previously been communicated, entirely in line with simulated performance. The work of scaling up the systems to 1.2 MW is in full swing, with design and technology decisions being made based on the DG100 system's performance and production results in the past year in Vestmannasund" said Martin Edlund.
About the Vestmannasund project
Minesto has been granted public funding totalling approx. €3.5 million through the EU's EIC Accelerator and the Swedish Energy Agency for the implementation of the Vestmannasund project and the development of the DG100 marine energy converter.
Source and top image: Minesto