Partnership to Turn Tonnes of Waste Plastic into Clean Energy 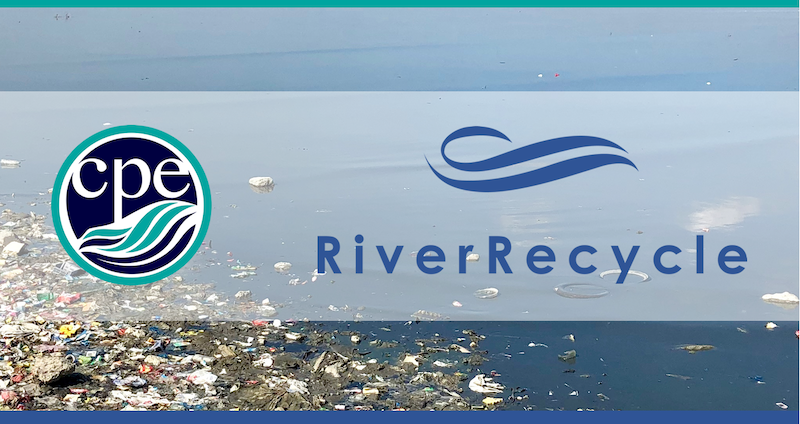 Riverrecycle and Clean Planet Energy have today announced that they have entered into a partnership agreement in a bid to support global efforts of removing non-recyclable plastics from rivers and the environment in Southeast Asia, and then re-purposing the waste as new ultra-clean fuels. The focus of the partnership begins in Indonesia and the Philippines.
Riverrecycle, headquartered in Helsinki, installs waste management systems on the shores of the most polluted rivers, enabling the collection of plastic waste and floating debris, thereby creating a local circular economy. Clean Planet Energy, headquartered in the UK, builds and operates ecoPlants, environmentally friendly facilities which can convert non-recyclable plastic waste (such as that collected by Riverrecycle) into circular products, which can act as fossil fuel replacements.
With local offices already operating in 7 countries, including Indonesia and the Philippines, Riverrecycle has recently been awarded funding from the ICTSI Foundation to support the removal of discarded plastics along the river Pasig in Manila. This work already underway, among expanded efforts, will be complimented by the partnership with Clean Planet Energy, whose ultra-clean fuels made from the waste-plastics can reduce CO2e emissions by 75% in comparison to fossil fuels.
At least 8 million tonnes1 of plastics end up in our oceans every year, which now makes up 80% of all marine debris (from surface waters to deep-sea sediments). Studies over the last 10 years have identified rivers as a major pathway for plastic pollution entering the Oceans, with around 80% of ocean plastic having travelled there via land. According to a report published in the National Geographic2 this year, of the most polluting 50 rivers, 44 are in Asia or Southeast Asia.
"With our focus in Southeast Asia, Riverrecycle takes action by closing the loop on plastic waste in the most affected areas close to rivers. To generate a perfect circular economy, we must create a waste management system that supports local municipalities to effectively manage plastic waste, and from that waste reintroduce the recovered material back into the economy; this latter part is where we're excited to work with our partners at Clean Planet Energy," said Anssi Mikola, CEO of River Recycle.
"We are in a global plastic and carbon crisis, and no one single company, group, individual or foundation can solve it alone," added Bertie Stephens, Clean Planet Energy's CEO. "Both Riverrecycle and Clean Planet Energy hold advanced and complimentary technologies which together can help reduce these problems. Riverrecycle's technology will remove difficult plastics from the environment which would otherwise end up in our oceans, and by delivering this to our ecoPlants we can convert these plastics into ultra-clean fuels that can replace dirty fossil fuels in transport vessels (such as planes and ships) that have no other alternative means of power. To beat this crisis you need technologies to unite, and this partnership is a perfect example of such synergy."
Riverrecycle and Clean Planet Energy have already begun the development phase of the first ecoPlant and collection system in Manila, Philippians with a view to begin construction in early 2022, with work in Indonesia to follow. You can learn more about RiverRecyle at https://www.riverrecycle.com/, and Clean Planet Energy at https://CleanPlanetEnergy.com, which also provides a localised and translated site for those in the Philippines and Indonesia.
1 https://www.iucn.org/resources/issues-briefs/marine-plastics#:~:text=At least 8 million tons,causes severe injuries and deaths.
2 https://www.nationalgeographic.com/environment/article/plastic-gets-to-oceans-through-over-1000-rivers
Contact:
Clean Planet Energy
press@cleanplanetenergy.com
http://www.cleanplanet.co.uk/
Source and top image: Pressat