Powering Navigational Buoys with the Help of Ocean Waves 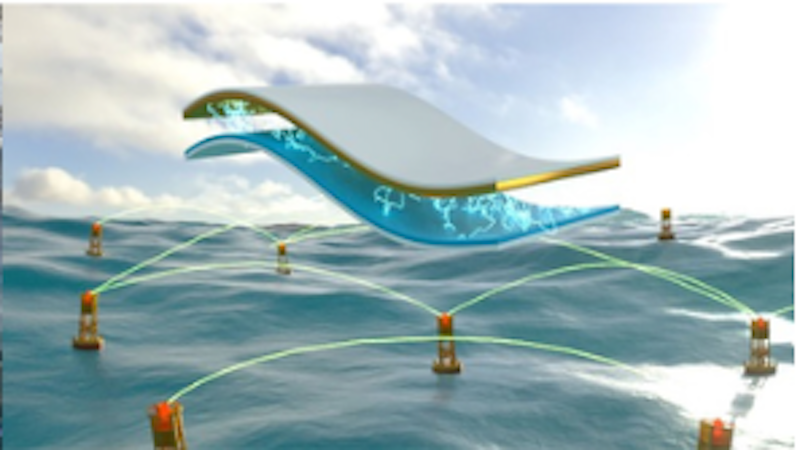 To find a power source for buoys, look no further than the ocean itself.
Tthe University of Porto, has discussed the prospects of using power generators in the ocean to address the energy concerns of marine exploration. The presentation, "Performance of triboelectric nanogenerators based on rolling spheres motion under realistic water waves conditions," was presented.
Traditionally used energy harvesting technologies, like photovoltaic panels or wind turbines, suffer from several limitations -- critically, their intermittency and inability to maintain continuous operation. In the absence of daylight and wind, neither of the two can supply any power. In the case of ocean buoys, a potential solution is omnipresent: wave energy. Abundant, predictable, and consistent, the ocean's own waves can be used to power navigation buoys. For further information see the IDTechEx report on Triboelectric Energy Harvesting and Sensing (TENG) 2020-2040.
"Even so, the development of wave energy converters has not yet reached its full potential due to the lack of technological consensus, uncompetitive energy generation costs, and the irregular and low-frequency nature of waves at sea," said Rodrigues.
The team developed sphere-based triboelectric nanogenerators (TENGs) -- devices that convert mechanical motion into electrical power -- that can be incorporated directly into navigational buoys to provide electricity from ocean waves.
When testing the TENGs on a 1:8 scale in real conditions, they determined maximum voltages can be generated when waves occur at heights of 0.1 meters approximately every 2.6 seconds -- close to the natural period of the buoy. Even when waves are inconsistent and slow, the energy conversion efficiency of the TENGs is much larger than standard generators.
"Concerning wave energy, some relevant challenges still exist to the viable deployment of conversion technologies, mostly linked to the irregular nature of waves and the distribution of energy in both direction and frequency," Rodrigues said.
The group plans to deploy a prototype in Figueira da Foz, a seaport in Portugal.
Source and top image: American Institute of Physics