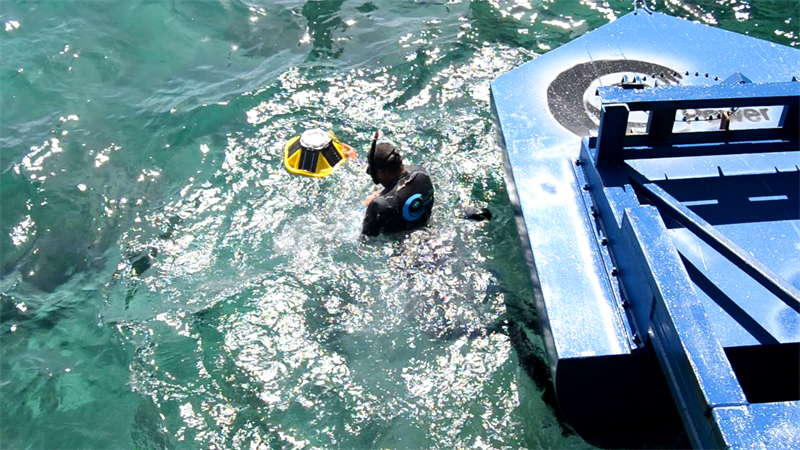 Today, Eco Wave Power Global AB is pleased to announce that it has entered into a collaboration agreement with the Procurement Administration in the Israeli Ministry of Defense for the Israeli Navy (the "Navy"), to examine the feasibility of installing the Eco Wave Power technology in the Bases of the Navy.
According to the terms of the agreement, Eco Wave Power will immediately begin the procurement and deployment of wave measuring systems to collect extended wave data, in one to three potential locations in the Navy bases, while the Navy will secure all permits for the deployment of the wave measuring equipment.
The Navy's specialized diving team will install the measurement equipment in the territorial waters of the Navy's bases. At the end of the measurement period, Eco Wave Power will share the information collected with the Navy, which, in turn, will test the applicability of the technology in line with the prevailing waves in the selected sites. Then, Eco Wave Power and the Navy will jointly analyze the results, and create energy production forecasts, based on such analysis. For further information see the IDTechEx report on Wave, Tidal and Hydro Power 1W-10MW 2018-2038.
Upon identifying the most suitable locations for the installation, and provided that the technology is found to be feasible for the proposed locations, the Navy and Eco Wave Power will use their best efforts to work towards the next step of the collaboration, which is the potential deployment of the Eco Wave Power technology for production of clean electricity for the Navy bases.
Inna Braverman, Chief Executive Officer of Eco Wave Power stated: "We are very pleased to announce this collaboration with the Israeli Ministry of Defense and the Israeli Navy, who are global leaders in cutting-edge technologies. This is an extremely important collaboration as it indicates the potential for future contracts with navy bases worldwide, which can become significant participants in the global fight against climate change, while representing a new market segment for wave power."
About Eco Wave Power Global AB (publ)
Eco Wave Power Global (EWPG) is a leading onshore wave energy technology company that developed a patented, smart and cost-efficient technology for turning ocean and sea waves into green electricity. EWPG's mission is to assist in the fight against climate change by enabling commercial power production from ocean and sea waves. EWPG is recognized as a "Pioneering Technology" by the Israeli Ministry of Energy and was labelled as an "Efficient Solution" by the Solar Impulse Foundation. EWPG's project in Gibraltar has received funding from the European Union Regional Development Fund and the European Commission's Horizon 2020 framework program. The company has also received the "Climate Action Award" from the United Nations. EWPG's common shares (ECOWVE) are traded on Nasdaq First North and EWPG's ADSs (WAVE) are traded on the Nasdaq Capital Market.
FNCA is the company's Certified Advisor (info@fnca.se).
Read more about Eco Wave Power at: www.ecowavepower.com