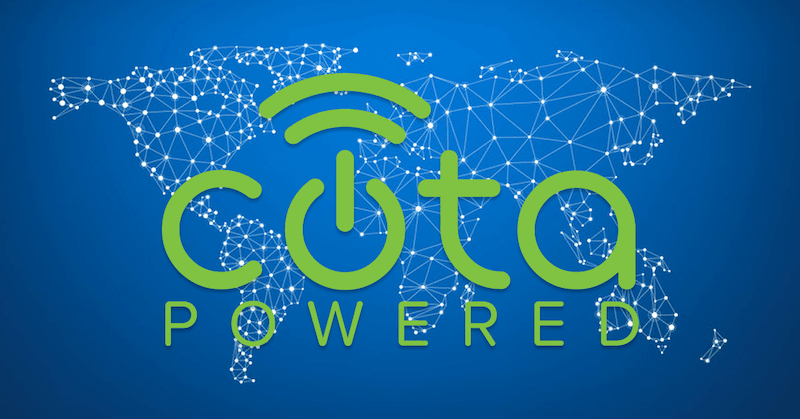 From the very beginning, one of Ossia's goals has been to make wireless power as ubiquitous as the electrical socket ... not only in the US, but globally. One of the biggest hurdles to do so is to meet certain regulatory approvals in each country or nation. We are proud to let you know that Europe and the United Kingdom are two such regions that have embraced Cota® Real Wireless Power — without any distance restrictions.
What this means is that companies that build or sell products in the EU and UK are now able to license the Cota technology and leverage wireless power over air in their IoT and mobile devices, including product trackers, wearables, sensors, digital store labels, and more. And this power can be delivered anywhere in the building, space, or vehicle that is Cota-enabled with wireless power transmitters. For further information see the IDTechEx report on Energy Harvesting Microwatt to Gigawatt: Opportunities 2020-2040.
Ossia's current commercial partners are thrilled that the Cota system is in compliance with the radio, emissions, immunity, and RF safety standards applicable under the EU Radio Equipment Directive and the UK Radio Equipment Regulation. It's a moment they've been waiting and planning for, and they already have some pretty novel ideas about how wireless power without distance limitations will transform their products and how they do business.
Our US partners that have a global presence are several steps ahead of their competitors in this space; for some time, they have been working with the Cota system, which until recently was only authorized for sale in the US, since it first received three US FCC certifications.
Other wireless power solutions that our partners have compared Cota technology to are limited to line of sight or offer insufficient power for their needs. The Cota system does not require line of sight, which means that the transmitter and the objects receiving power do not have to be within sight of each other, and can safely deliver energy even with obstructions, such as other products, walls, and even people, in the way. What's more, multiple devices can receive power — or be "charged" — simultaneously.
With Real Wireless Power now available as an innovation tool in the US and across Europe and the UK, we should soon see a whole new era of product development across many industries, from medical and retail to commercial, industrial, and even new construction.
The technology that drives Cota Real Wireless Power, which has more than 164 granted patents in addition to its latest European and UK Regulatory Approval and FCC certifications, is available for license. Ossia is building an entire ecosystem of partners that are decreasing our reliance on disposable batteries and enabling a whole new world of smart products. These devices will be available through Ossia's commercial partners.
Source and top image: Ossia