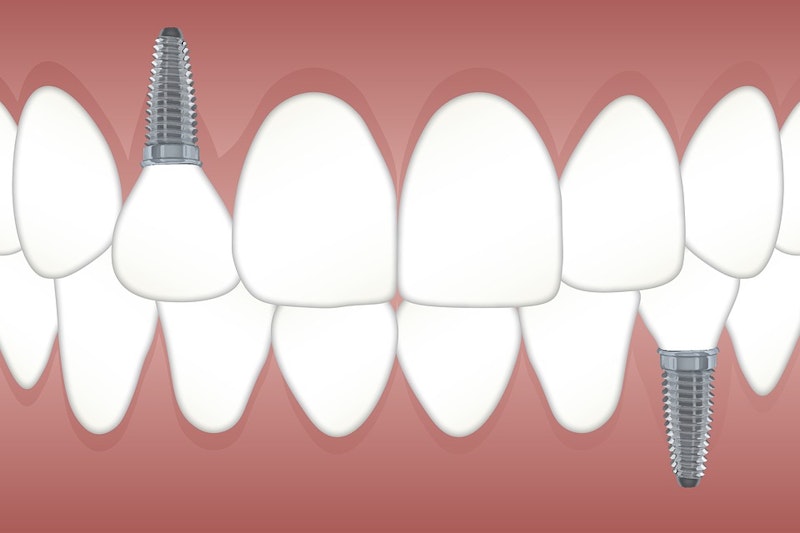 More than 3 million people in America have dental implants, used to replace a tooth lost to decay, gum disease, or injury. Implants represent a leap of progress over dentures or bridges, fitting much more securely and designed to last 20 years or more. But often implants fall short of that expectation, instead needing replacement in five to 10 years due to local inflammation or gum disease, necessitating a repeat of a costly and invasive procedure for patients.
"We wanted to address this issue, and so we came up with an innovative new implant," says Geelsu Hwang, an assistant professor in Penn's School of Dental Medicine, who has a background in engineering that he brings to his research on oral health issues.
The novel implant would implement two key technologies, Hwang says. One is a nanoparticle-infused material that resists bacterial colonization. And the second is an embedded light source to conduct phototherapy, powered by the natural motions of the mouth, such as chewing or toothbrushing. In a paper in the journal ACS Applied Materials & Interfaces and a 2020 paper in the journal Advanced Healthcare Materials, Hwang and colleagues lay out their platform, which could one day be integrated not only into dental implants but other technologies, such as joint replacements, as well. for further information see the IDTechEx report on Bioelectronic Medicine 2019-2029.
"Phototherapy can address a diverse set of health issues," says Hwang. "But once a biomaterial is implanted, it's not practical to replace or recharge a battery. We are using a piezoelectric material, which can generate electrical power from natural oral motions to supply a light that can conduct phototherapy, and we find that it can successfully protect gingival tissue from bacterial challenge."
In the paper, the material the researchers explored was barium titanate (BTO), which has piezoelectric properties that are leveraged in applications such as capacitators and transistors, but has not yet been explored as a foundation for anti-infectious implantable biomaterials. To test its potential as the foundation for a dental implant, the team first used discs embedded with nanoparticles of BTO and exposed them to Streptococcus mutans, a primary component of the bacterial biofilm responsible for tooth decay commonly known as dental plaque. They found that the discs resisted biofilm formation in a dose-dependent manner. Discs with higher concentrations of BTO were better at preventing biofilms from binding.
While earlier studies had suggested that BTO might kill bacteria outright using reactive oxygen species generated by light-catalyzed or electric polarization reactions, Hwang and colleagues did not find this to be the case due to the short-lived efficacy and off-target effects of these approaches. Instead, the material generates enhanced negative surface charge that repels the negatively charged cell walls of bacteria. It's likely that this repulsion effect would be long-lasting, the researchers say.
"We wanted an implant material that could resist bacterial growth for a long time because bacterial challenges are not a one-time threat," Hwang says.
The power-generating property of the material was sustained and in tests over time the material did not leach. It also demonstrated a level of mechanical strength comparable to other materials used in dental applications. Finally, the material did not harm normal gingival tissue in the researchers' experiments, supporting the idea that this could be used without ill effect in the mouth.
The technology is a finalist in the Science Center's research accelerator program, the QED Proof-of-Concept program. As one of 12 finalists, Hwang and colleagues will receive guidance from experts in commercialization. If the project advances to be one of three finalists, the group has the potential to receive up to $200,000 in funding. In future work, the team hopes to continue to refine the "smart" dental implant system, testing new material types and perhaps even using assymetric properties on each side of the implant components, one that encourages tissue integration on the side facing the gums and one that resists bacterial formation on the side facing the rest of the mouth.
"We hope to further develop the implant system and eventually see it commercialized so it can be used in the dental field," Hwang says. 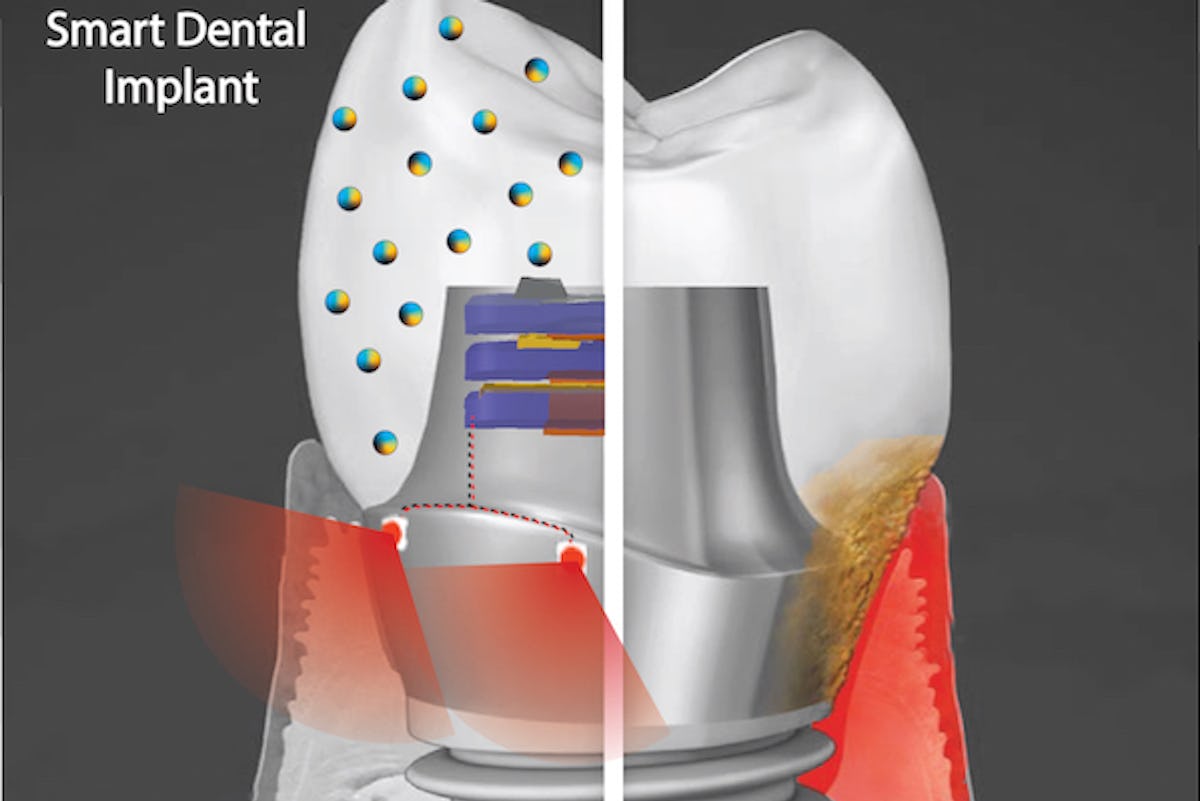