Australia to Supply Renewable Energy to Indonesia and Singapore 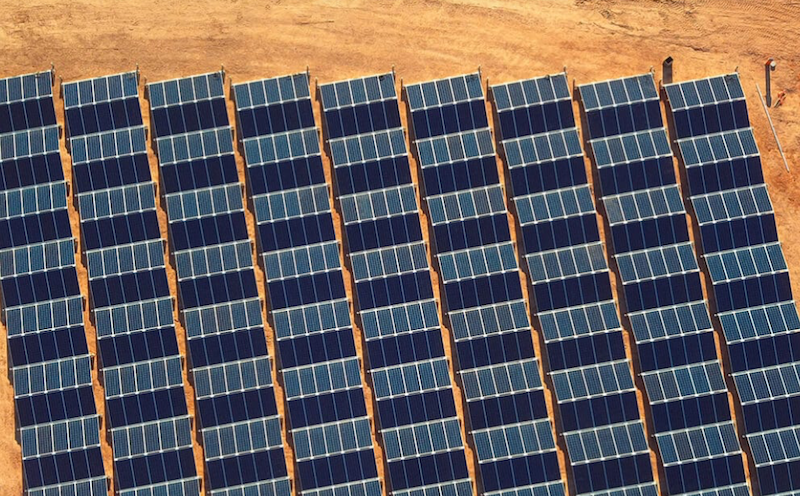 Sun Cable is building the systems and infrastructure to deliver competitively priced, dispatchable, high volume renewable electricity. The company's energy projects will position Australia, Singapore and other Asian markets as world leaders in intercontinental transmission of renewable electricity. This infrastructure will facilitate the electrification of new and existing industries, supporting large-scale economic development, whilst reducing greenhouse gas emissions. Their vision is to build the world's first intercontinental power grid, connecting Australia to Singapore to supply 24/7 renewable power.
Sun Cable's flagship project is the Australia-Asia Power Link (AAPowerLink), which will harness and store solar energy from one of the most reliably sunny places on the planet in the Northern Territory of Australia, for 24/7 transmission to Darwin and Singapore via a high voltage direct current (HVDC) transmission system. The AAPowerLink will be capable of supplying up to 15% of Singapore's total electricity needs, with supply commencing in 2027.
The AUD30+ Billion transformational AAPowerLink is another step closer to generating, storing and transmitting renewable energy from Elliott, to Darwin and Singapore, with the Indonesian Government confirming key facilitation measures. For further information see the IDTechEx report on Distributed Generation: Off-Grid Zero-Emission kW-MW 2020-2040.
Since Australian Prime Minister, Scott Morrison MP, raised support for Sun Cable's work during his bilateral visit to Singapore in June this year, and after the AAPowerLink received Major Project Status from the Commonwealth Government in July 2021 and the NT in June 2020, the Project continues to make significant progress. Indonesia's Coordinating Minister for Maritime Affairs and Investment, Mr Luhut Binsar Panjaitain welcomed Sun Cable's operation in Indonesia and confirmed that the Indonesian Government has recommended the route of the transmission cables through Indonesian waters, with the Ministry of Transportation granting the subsea survey permit.
Sun Cable is greatly appreciative of the support from the Indonesian Government and looks forward to a long-term relationship with Indonesia. As part of building the AAPowerLink, Sun Cable will drive investment and jobs in Indonesia, share knowledge, and support Indonesian manufacturing. Sun Cable is developing the AAPowerLink to deliver a significant amount of renewable electricity to Darwin, to support the Northern Territory's ambition to develop a AUD40 Billion economy by 2030.
The Project will also be capable of supplying up to 15% of Singapore's electricity needs, starting from 2028 and could reduce Singapore's emissions by 6 million tonnes per year, matching the entire climate abatement gap in Singapore's announced 2030 targets.
By unlocking the vast, world-class solar and land resources that Australia has available, Sun Cable is creating the pathway for a new export industry, with the AAPowerLink generating up to AUD2Billion in exports, creating over 1500 jobs in construction, 350 operational jobs, and 12,000 indirect jobs. This is recognised by Infrastructure Australia listing this initiative on the nation's infrastructure Priority List in February 2021.
Sun Cable will integrate a range of technologies and infrastructure in the AAPowerLink, including one of the world's largest solar farms to be located in the Northern Territory, Australia (17-20GWp); the world's largest battery (36-42GWh); and the world's longest undersea High Voltage Direct Current (HVDC) cable system from Darwin to Singapore (approx 4,200km).
David Griffin, Sun Cable CEO said "This is a significant milestone for the AAPowerLink and brings us closer to generating and transmitting affordable, dispatchable renewable energy to Darwin and Singapore, via the world's largest renewable energy transmission network. We are developing the technology that integrates solar, storage and High Voltage Direct Current transmission technologies, to meet the large-scale demand for renewable energy. There is a significant alignment with the Australian Government's Technology Roadmap and Lowering Emissions MOU signed with Singapore in October 2020."
"We want this world-leading project to create a step-change in the Indo-Pacific's capability to achieve net zero ambitions and economic growth sustained by renewable energy. Sun Cable is proud to be engaging with the traditional owners of the land, technology and manufacturing partners, and prospective customers that increasingly demand zero emissions electricity supply, across the region. We look forward to continuing to work across Australia, Singapore and Indonesia to deliver this project."
Australia's Ambassador to Indonesia Penny Williams thanked Coordinating Minister Luhut Pandjaitan and Minister Bahlil Lahadalia for their support for Sun Cable's visionary renewable energy project and for Australian investment in Indonesia generally.
"Australia believes in a technology-driven approach to combating climate change and I am pleased the Indonesian Government has supported Sun Cable's project to harness and share the power of solar energy. I look forward to Sun Cable investing in Indonesia, sharing knowledge, creating jobs and contributing to the strengthening of Indonesia-Australia economic ties."
Luhut Pandjaitan, The Coordinating Minister of Maritime Affairs and Investment for Indonesia said "Sun Cable's decision to invest more than US$2 billion in Indonesia shows that Indonesia is a trusted partner and a strategic investment destination for the international community. The investment from the renewable energy company is expected to bring huge benefits for the Indonesian people. Sun Cable's commitment to transfer knowledge in a bid to support renewable energy development with Bogor Agricultural University (IPB) and Sepuluh Nopember Institute of Technology (ITS), as well as a scholarship programme will help boost renewable energy innovation in the future. The investment will help enhance Indonesia's performance as one of the leading countries in ASEAN that could reach the target to lower carbon emissions. ASEAN has 23 percent renewable energy target mix."
Mike Cannon-Brooks, Co-Founder & CEO, Atlassian & Cornerstone Investor in Sun Cable said "Australia can become a renewable energy superpower. We can and should tap into our solar resources that could power the world 5 times over. Sun Cable is harnessing this at scale, and its Australia-Asia PowerLink will create massive local and international renewable energy opportunities. Securing Indonesian support is a big step towards realising our potential of becoming one of the world's largest energy exporters."
Source and top image: Sun Cable

I think it would be hard to find a more unviable use of intermittent and low grade electricity.