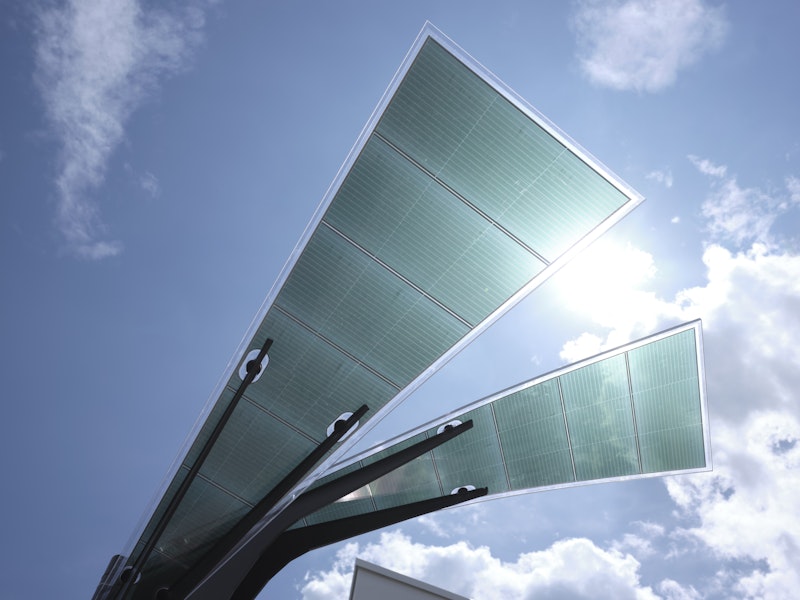 ASCA solar films can be used in a wide range of applications - from individual small projects to facades in commercial housing construction. In the community of Löchgau in Germany the company has designed, conceived and implemented a solar tree for the construction company STRENGER Bauen und Wohnen.
The solar tree produces electricity for the e-bike charging stations of three apartment buildings for senior-friendly living. "The project demonstrates how flexible our solar films are. With conventional technology, the individual shapes of the solar modules would not have been feasible," explains Hermann Issa, ASCA Senior Vice President of Business Development & Project Management, who also designed the solar tree. The approximately 2.5-meter-long solar modules of the six-meter-high installation are made of organic solar films. ASCA laminated these with polycarbonate in cooperation with BGT Bischoff Glastechnik. For further information see the IDTechEx report on Energy Harvesting Microwatt to Gigawatt: Opportunities 2020-2040. 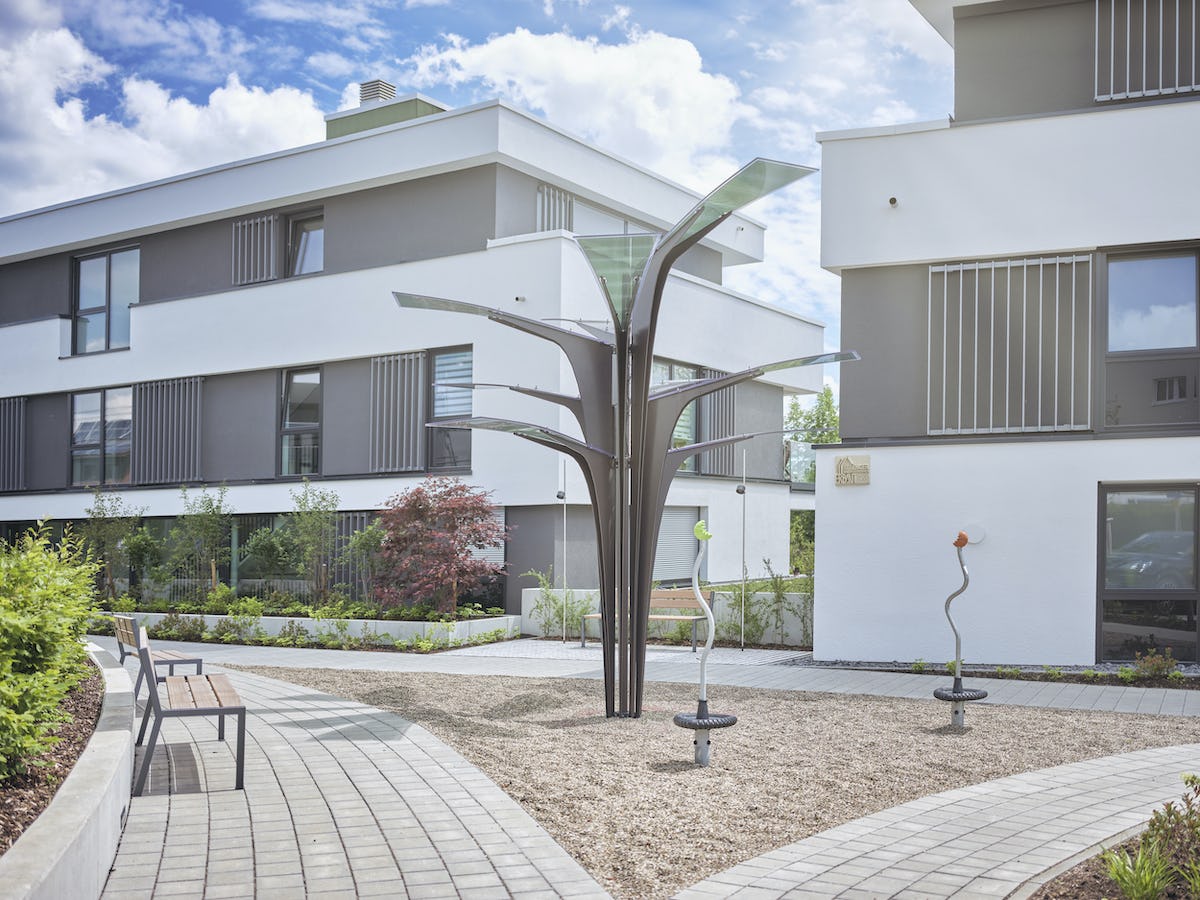 ASCA prints the organic photovoltaic cells (OPV) onto thin films using a special process. Green OPV films were used for the solar tree. They can also be produced in blue, red and gray. The flat steel components of the solar tree were manufactured by the Kirchknopf metalworking shop, which also handled the on-site installation. "The overall design of solar modules and steel elements takes up the formal language of the surrounding buildings' design and reflects the innovative character of the residential complex," is how Issa describes the design.
In addition to designing the system, ASCA also planned the system integration. The solar tree stands on the ceiling slab of an underground parking garage, where the other system components, such as the inverter, are located. If no e-bike is connected to the charging station, the electricity is used for the general power of the underground garage and the outdoor area. "At STRENGER, we always like to implement innovative projects and venture into uncharted territory," explains Maren Gerhäusser, who was in charge of the solar tree at STRENGER. "To implement a tree that provides energy, we found an excellent partner in ASCA, who had already created a concept proposal for us after only two meetings. Our cooperation with ASCA was excellent as it also was with the Kirchknopf metalworking shop, which supplied the "trunk" and the "branches" of the tree," Gerhäusser continues. The energy tree was created as part of a competition held by Löchgau.
Nine solar foils from ASCA supply the e-bike charging station with solar electricity.
Source: ASCA