24 Major Employers Sign up to Cut Emissions with HyNet Hydrogen 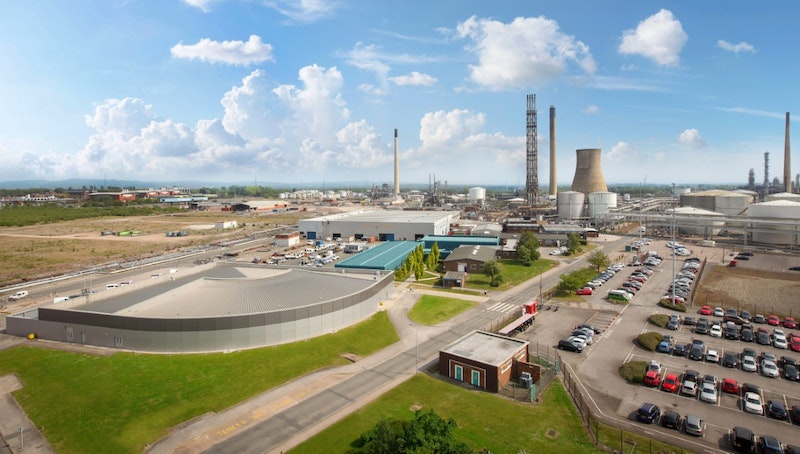 Twenty-four major employers in North West England and North East Wales have formally agreed to work with the HyNet low carbon cluster, including those from the food, ceramics, paper, glass and automotive sectors.
The UK's leading decarbonisation cluster project, which spans the Liverpool City Region and Greater Manchester Combined Authority areas, along with Warrington, Cheshire, Flintshire and Wrexham, will supply low carbon hydrogen to fuel businesses and heat homes across the region - enabling a switch away from fossil fuels starting in 2025. The organisations see switching to low carbon hydrogen as a critical opportunity both to rapidly cut carbon dioxide emissions, helping the UK's journey to Net Zero, and to manufacture low carbon products, driving value for the business and its customers. Each company has signed a 'Memorandum of Understanding' (MoU) with the intent of receiving a future network connection and supply of hydrogen from the HyNet project. For further information see the IDTechEx report on The Hydrogen Economy, Fuel Cells and Hydrogen Production Methods.
David Parkin, Project Director of HyNet said: "We are proud to be helping such a diverse range of businesses cut emissions. The interest in HyNet from industry shows how much this project is needed. HyNet aims to begin producing hydrogen from the mid 2020's, giving these businesses a route to decarbonise quickly."
HyNet is ideally located close to both the existing infrastructure and the natural assets required to produce and store hydrogen. The North West of England and North Wales is the region which has the UK's largest number of people employed in the manufacturing sector, and has the skills base and determination to put the UK at the heart of the hydrogen economy.
Andy Burnham, Mayor of Greater Manchester, said: "HyNet presents North West England and North Wales with a fantastic opportunity. There is a high demand for low carbon hydrogen from businesses across the region. We have big ambitions to hit net zero from 2038. To do this we need the Government to support HyNet, levelling up from North to South, East to West."
Steve Rotheram, Mayor of Liverpool City Region continued: "I'm determined to put the Liverpool City Region at the heart of the green industrial revolution. With our existing strengths in green energy, we have the opportunity to become the UK's renewable energy coast, and HyNet, has the potential to reduce emissions across the North West by 25%, will have a big part to play in that. And our region is central to the HyNet project. From recent trials in St Helens to upcoming ones on the Wirral, we're doing our bit to pioneer new, industry-altering technology that will massively green our region, and set the standard for others to follow."
Mark Pritchard, Leader of Wrexham Borough Council and Chair of the Mersey Dee Alliance said: "Wales has ambitious targets to reach net zero. HyNet is critical to meeting, and even surpassing, Wales's hydrogen ambitions, whilst safeguarding, and creating the high value manufacturing jobs this region is recognised for. Early investment in HyNet is not only critical for future prosperity by maintaining production whilst achieving net zero, in the Welsh context, it is critical to strengthening the Union of the UK nations by bringing HyNet infrastructure into Wales as soon as possible."
HyNet has recently run a 'global first' trial using hydrogen to produce sheet ('float') glass using 100% hydrogen at Pilkington Glass in St Helens. The team will shortly run a similar trial at Unilever's Port Sunlight manufacturing facility. These will provide confidence that these companies and others can safely switch to HyNet low carbon hydrogen as soon as it is available.
Contact
Amy Bodey, Head of Communications for HyNet at Progressive Energy amy.bodey@progressive-energy.com
About HyNet North West
HyNet North West is a low carbon energy project at the forefront of the UK's journey to a Net Zero future, being developed by a consortium of world-leading organisations. From 2025, HyNet North West will produce, store and distribute low carbon hydrogen as well as capturing and safely storing carbon dioxide (CO2). It will decarbonise the North West of England and North Wales through the creation of state of-the-art infrastructure. This game-changing project has the potential to reduce CO2 emissions by 10 million tonnes every year by 2030 - the equivalent of taking four million cars off the road. HyNet North West will create and maintain thousands of local jobs, as well as enable long-term sustainability for businesses and financial security for communities across the region. The HyNet North West delivery consortium includes Progressive Energy, Cadent, Essar, Inovyn, Eni, University of Chester, CF Fertilisers and Hanson Cement. For more information, visit www.hynet.co.uk 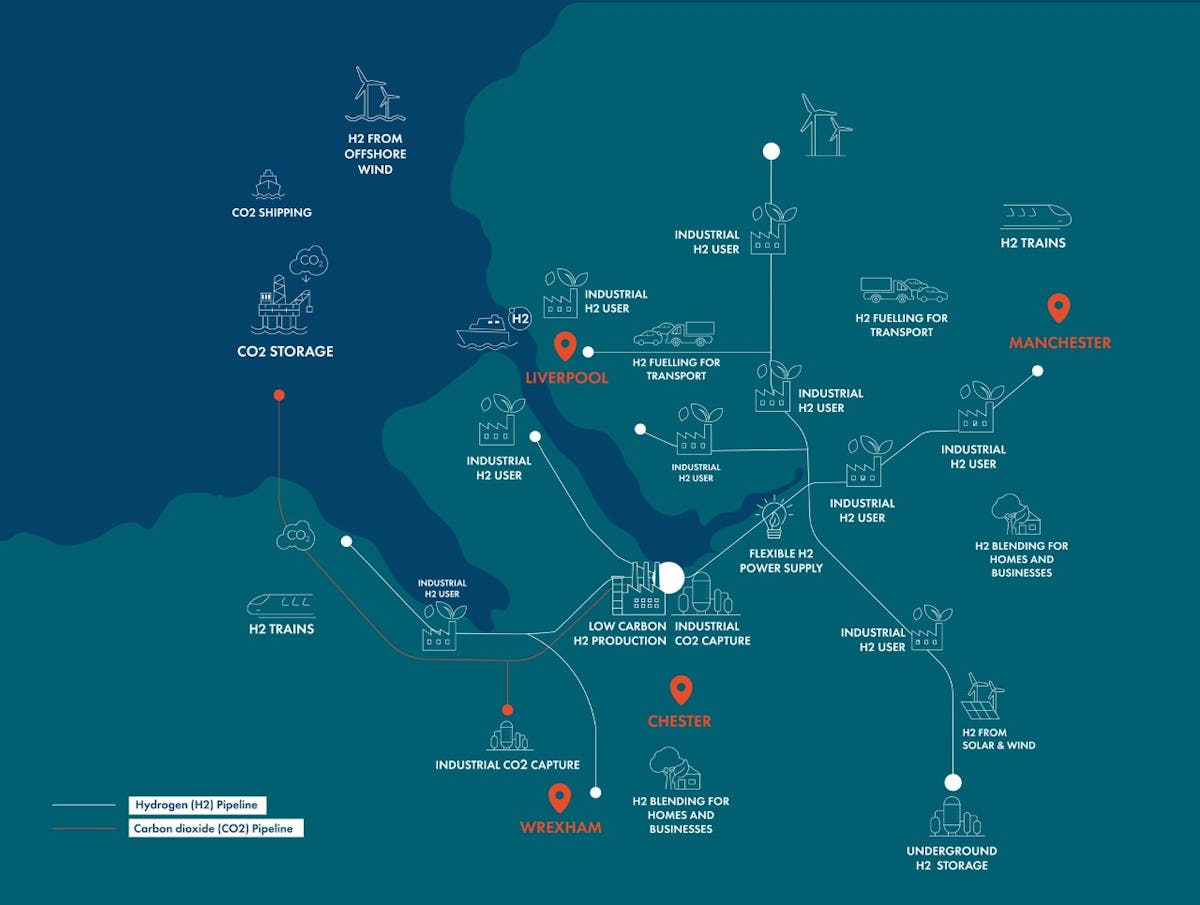