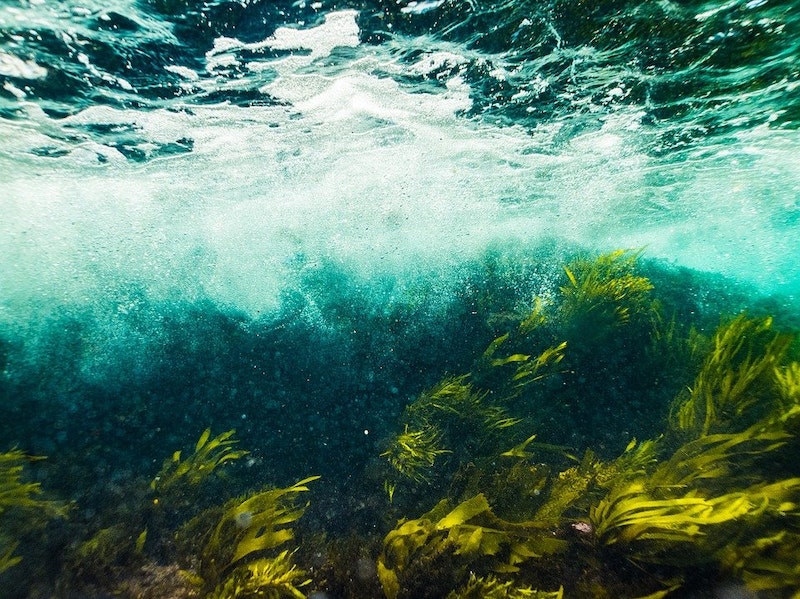 Ocean waves can be powerful, containing enough energy to push around sand, pebbles and even boulders during storms. These waves, as well as smaller, more gentle ones, could be tapped as a source of renewable energy. Now, researchers reporting in ACS Nano have developed flexible power generators that mimic the way seaweed sways to efficiently convert surface and underwater waves into electricity to power marine-based devices.
Across many coastal zones, networks of sensors collect information on the water's currents, tides and clarity to help ships navigate and to monitor water quality. This "marine internet of things" is powered mostly by batteries that have to be replaced from time to time, which is time-consuming and expensive. Wind and solar power could be used, but they aren't suitable for underwater applications. Looking to harness the ocean's continuous movement as a renewable energy source, researchers initially developed floating devices that converted wave energy into electricity using rotating magnets. But these devices were inefficient with less frequent waves, such as those found underwater. Triboelectric nanogenerators (TENGs), which rely on surfaces coming in contact to produce static electricity, could be a way to address this challenge because of their effectiveness for harvesting low-frequency, low-amplitude wave energy. So, Minyi Xu, Zhong Lin Wang and colleagues were inspired by plants living on the seafloor to create flexible TENGs. The researchers wanted to copy the way strands of seaweed vibrate to charge bendable triboelectric surfaces, harvesting the movement of waves into electricity to power floating and submerged marine sensors. For further information see the IDTechEx report on Triboelectric Energy Harvesting and Sensing (TENG) 2020-2040.
To make the triboelectric surfaces, the researchers coated 1.5-inch by 3-inch strips of two different polymers in a conductive ink. Then a small sponge was wedged between the strips, creating a thin air gap, and the whole unit was sealed, creating a TENG. In tests, as the TENGs were moved up and down in water, they bent back and forth, generating electricity. When the researchers put the TENGs in water pressures similar to those found underwater in coastal zones, they found that the air gap between the two conductive materials decreased. However, the devices still generated a current at 100 kPa of pressure — the same pressure that typically exists at a 30-foot water depth where there is almost no underwater wave movement. Finally, the researchers used a wave tank to demonstrate that multiple TENGs could be used as a mini underwater power station, supplying energy for either a thermometer, 30 LEDs or a blinking miniature lighthouse LED beacon. The researchers say their seaweed-like TENG could reduce the reliance on batteries in coastal zones, including for marine sensors.
Source: American Chemical Society
Top image Pixabay