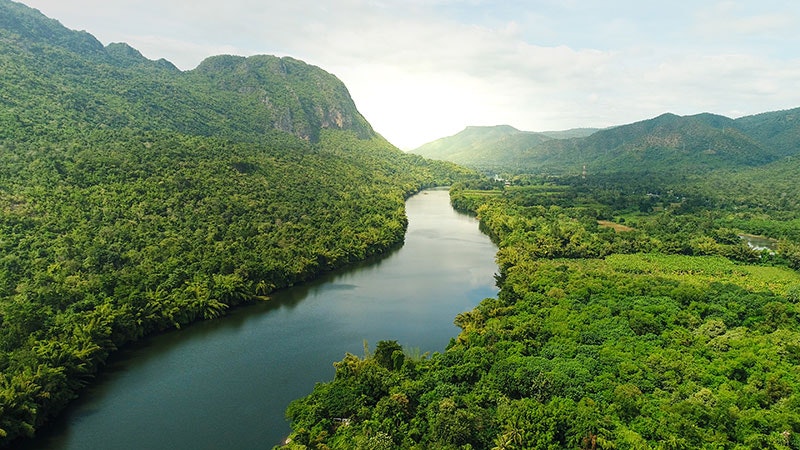 Fortescue Future Industries (FFI) will become the largest supplier of green hydrogen (GH2) to the United Kingdom after signing a multi-billion pound deal with construction giant J C Bamford Excavators (JCB) and Ryze Hydrogen (Ryze).
Under a memorandum of understanding signed today prior to the climate conference, COP26, JCB and Ryze will purchase 10 percent of FFI's global green hydrogen production. Commencing early in 2022, FFI's green hydrogen production is anticipated to grow to 15 million tonnes of GH2 per year by 2030, accelerating in the 2030s to 50 million tonnes per year. Under the partnership, FFI will lead the green hydrogen production and logistics to the UK market, and JCB and Ryze will manage green hydrogen distribution and development of customer demand in the UK. For further information see the IDTechEx report on The Hydrogen Economy, Fuel Cells and Hydrogen Production Methods.
FFI Chairman, Dr Andrew Forrest AO, said, "This landmark, first of its kind partnership will help the UK to achieve Net Zero, particularly in the hard to electrify sectors. Our agreement signals the first major shift in the global commercial landscape from fossil fuels towards the real, practical, implementable solution that is green hydrogen. We are delighted to announce this groundbreaking initiative at the critical climate forum of COP26. The reduction in greenhouse gas emissions associated with replacing fossil fuel with only two million tonnes of green hydrogen is the equivalent of taking over 8 million cars off the road - almost a quarter of the UK's entire fleet," said Dr Forrest.
The agreement has been strongly backed by JCB, which called it "a major advance."
JCB Chairman Lord Bamford added: "This is an important step towards getting green hydrogen to the customer. It's fine having an engine powered by green hydrogen, but no good if customers can't get green hydrogen to fuel their machines. This is a major advance on the road towards making green hydrogen a viable solution."
Jo Bamford, widely regarded as the UK's green hydrogen champion, is the founder of Ryze and owner of Wrightbus. Ryze is building the UK's first network of green hydrogen production plants, while Wrightbus built the world's first hydrogen double decker. Mr Bamford commented, "This is a monumental deal, not just for us but for the UK as a whole. We have chosen to partner with the global leaders in green hydrogen and it is fabulous that two countries, the UK and Australia, can come together to create a brighter future. We are walking the walk on green hydrogen and now we want the Government to show its commitment to the sector by investing in buses, trains, trucks, ships, aircraft and the entire green hydrogen supply chain. At best, any hydrogen made from fossil fuel is being promoted as a transition fuel, but the production of it causes more pollution than it saves. This agreement demonstrates that green hydrogen does not need to be 'transitioned' via fossil fuel hydrogen. Production of it can commence at once, to meet the needs of all mobility. I have asked Andrew to deliver to me immediately that he has the capacity, and he has agreed."
An extended offtake agreement will also be evaluated to provide green hydrogen to the European market, and the parties have agreed to evaluate collaboration opportunities to accelerate green hydrogen demand and establish green hydrogen and green industry manufacturing centres.
FFI Chief Executive Officer Julie Shuttleworth AM, said, "This deal reinforces the inexorable march of green hydrogen as the fuel of the future. This is an example of the world's first powerful, but increasing use of commerce, beginning the business world's march to end global warming. Green hydrogen is critical for the planet and good for business, a powerful fuel and ingredient in the manufacturing of a large range of industrial, difficult-to-decarbonise products. It will be fundamental in enabling the decarbonization of heavy industry globally."
About Fortescue Future Industries
Fortescue Future Industries (FFI) is a global green energy and green industry company committed to producing zero-emission green hydrogen from 100 per cent renewable sources. FFI is establishing a global portfolio of renewable green hydrogen and green ammonia and plans to deliver 15 million tonnes of renewable green hydrogen per year to the world by 2030. FFI's large-scale, low-cost hydropower, geothermal, solar and wind assets will support establishment of green energy and green industries around the world. Green hydrogen is the only truly zero carbon form of renewable energy, every other type of hydrogen relies on fossil fuels to
About Ryze
Ryze Hydrogen, established by green entrepreneur Jo Bamford, distributes green hydrogen - the zero-emission fuel solution for transport, industry, and homes. The firm is building the UK's first network of green hydrogen production plants, creating green jobs, and supporting vital progress towards Net Zero. Ryze supplies organisations operating heavy duty and long-range fleets, seeking a simple and affordable conversion to green hydrogen.
About JCB
JCB is the world's third largest producer of construction equipment and has 22 factories around the world employing more than 15,000 people. The family company was founded in 1945 and Anthony Bamford, now Lord Bamford, has been Chairman since 1975. In July 2020, Anthony Bamford challenged the JCB engineering team to design an engine for a digger that ran entirely on hydrogen. It was part of a £100 million investment to produce super-efficient hydrogen engines and to date two prototype hydrogen-powered JCB machines have been unveiled, a backhoe loader and Loadall telescopic handler. JCB is world market leader for both product groups. A team of 100 engineers is working on the exciting hydrogen engine project with the recruitment of up to 50 more engineers under way as JCB targets the end of 2022 for the first machines to be available for sale to customers.
Source: Nathan Rous PR
Top image: Fortescue Future Industries