Nigeria: Solar Hybrid Minigrids in 6 Communities More Than 500 by 2026 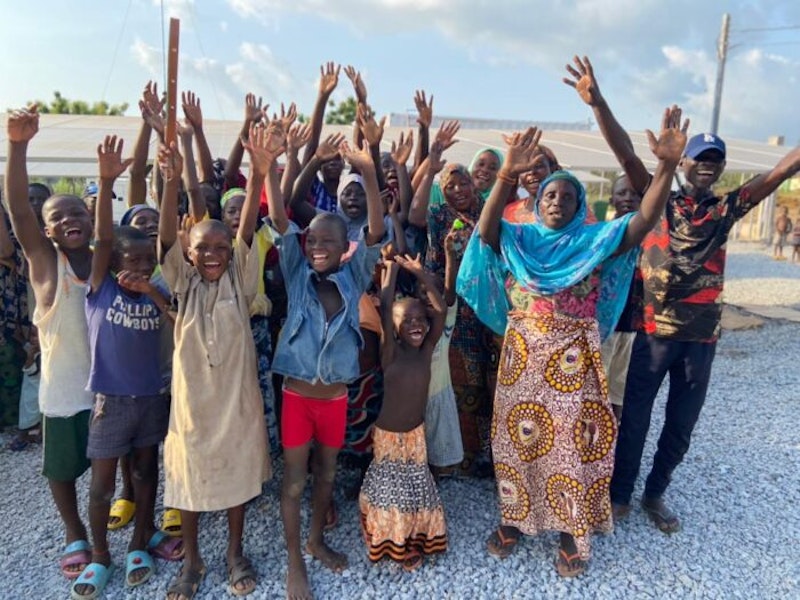 Husk Power Systems, a rural clean energy services provider in Africa and Asia, launched its first six solar hybrid minigrids in Nigeria, located in Nasarawa State. It is the first time that a company has rolled out multiple mini-grids at one time under the Nigerian Electrification Project (NEP), an initiative funded by the World Bank and the African Development Bank and implemented by the Rural Electrification Agency (REA).
Husk Power established its presence in Nigeria in early 2020 and forecasts a fleet of more than 100 minigrids in Nigeria within the next 24 months, growing to 500 minigrids by 2026. It also plans to expand to several other Nigerian states before the end of 2023. For further information see the IDTechEx report on Distributed Generation: Off-Grid Zero-Emission kW-MW 2020-2040.
In Nasarawa, the newly launched minigrids will provide clean, reliable and affordable electricity to about 5,000 households and 500 businesses in Doma and Lafia Local Government Areas (LGAs). The six communities accessing electricity for the first time are Rukubi, Idadu and Igbabo in Doma LGA, and Kiguna, Akura, and Gidan Buba in Lafia LGA.
"Nigeria's leadership in rural electrification and making minigrids a centerpiece of national energy strategy is a global best practice," said Manoj Sinha, Husk co-founder and CEO. "Husk Power is proud to be contributing to the government's vision of public-private partnership to provide clean, quality, reliable electricity that powers economic opportunity for small businesses and households across the country."
In September, Husk received financial support from Nigeria's REA to develop seven hybrid solar minigrids in Nasarawa, as part of the NEP's performance-based grant program. The seventh site will come online in 2022 along with a larger pipeline of projects. Besides providing electricity to the local Doma and Lafia households and businesses, the minigrids will also support local agricultural activities such as milling, cold chain and irrigation.
Engr. Abdullahi A. Sule, Governor of Nasarawa State said "The completion of six minigrids by Husk Power Systems in Nasarawa State is an important step in scaling rural electrification and achieving energy access for all Nigerians. It is with great pride that Nasarawa State has collaborated with Husk Power, the world's leading rural clean energy services company, and the Federal Government through the Rural Electrification Agency to implement these impressive projects, which will ensure clean, safe and reliable electricity for the communities in Rukubi, Idadu, Igbabo, Kiguna, Akura and Gidan Buba."
Ashish Khanna, Acting Regional Director for Infrastructure, Africa West and Africa East; Practice Manager, West and Central Africa Energy said "The World Bank is a proud partner of the Government's Nigeria Electrification Program (NEP). It is 2 years ago that the first solar minigrid was commissioned under NEP at Rokota village, since then significant progress has been made with 359 private sector led solar minigrid projects under development with the potential to provide electricity to 1.1 million people. Husk Power is now showing the way in scaling, with the first ever deployment of 6 sites simultaneously under the program, contributing to their ambition to roll-out 500 systems by 2026. We look forward to jointly continue to move the needle in providing electricity to the 80 million people who don't have access to this today. "
Besides its core minigrid business, Husk's local entity Husk Power Systems Nigeria Limited, also installs turnkey rooftop solar for off-grid and weak-grid commercial and industrial (C&I) customers as well as providing energy efficient appliances and equipment for both households and businesses. Husk is the international leader in community solar minigrids with over 130 sites operating in India, Nigeria and Tanzania. It ended 2020 with more than 5,000 small business customers.
Source and top image: Husk Power Systems