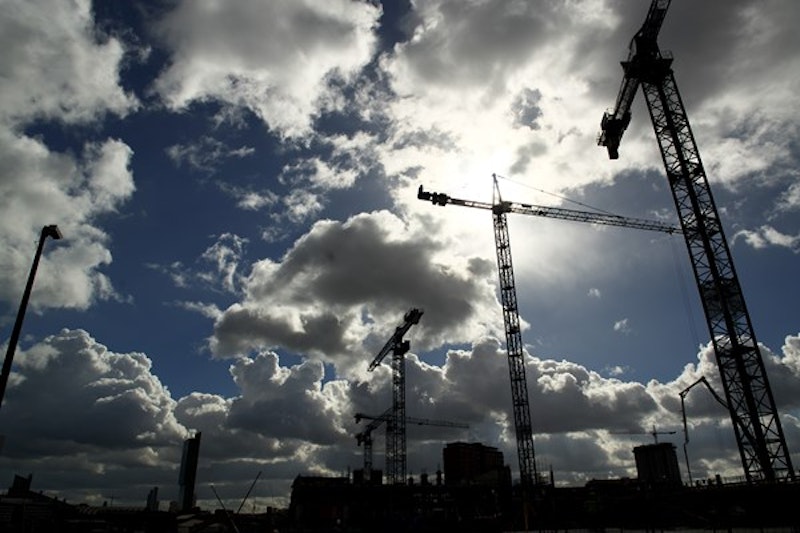 Greater Manchester has struck a new partnership with Octopus Energy Group in its bid to become carbon neutral by 2038, 12 years ahead of the UK target date. The agreement focuses attention on the twin themes of Science and Innovation, will see Octopus Energy trial the uptake of new green energy tariffs for customers in Greater Manchester.
Through the partnership, Octopus Energy will also create 300 high-skilled jobs, ranging from data scientists and heat pump engineers to frontline customer support. Overall, the ambition is for Greater Manchester to become the UK's leading Green city-region, taking a leading role at the forefront of the UK's technological evolution by trialling and facilitating the smart and innovative new technologies that will support the country's net zero ambitions. For further information see the IDTechEx report on Energy Harvesting Microwatt to Gigawatt: Opportunities 2020-2040.
Mayor of Greater Manchester Andy Burnham said: "We are really pleased that Octopus Energy have committed to expand their operation and are opening their first hub in the North of England here in Greater Manchester. The partnership will see the creation of 300 jobs and the trials for the uptake of new green energy tariffs and technologies will help Greater Manchester residents to go green at the same time as saving money. This has always been a place of innovation, and every day we're making new strides towards a low-carbon economy, finding new ways to power our businesses and our communities. We're showing that the transition to net zero is one with massive potential to make things better for our residents, and it's great to have Octopus on board."
Octopus Energy will look to increase the flexibility of Greater Manchester's energy supply through its flexibility arm KrakenFlex - a cloud-based technology platform managing the real-time energy supply and demand of clean energy technologies such as electric vehicles and heat pumps.
All of these measures will be core components of Greater Manchester's vision for a Local Energy Market, improving the way we generate, consume, and transfer energy across our city-region. Greater Manchester is the first and largest city-region to develop Local Area Energy Plans, by April next year we will know how to heat and power every street in every borough by. Locally generated energy will increase regional security of supply as energy prices increase globally.
Devrim Celal, CEO of KrakenFlex, the arm of Octopus Energy that will manage the partnership with the GMCA, said: "As the world gathers in Glasgow at COP26, we are delighted to be working with Greater Manchester Combined Authority to deliver an exciting new partnership that will support Manchester in becoming the UK's first carbon neutral city. Last year, Manchester-based company `Upside Energy' became part of the Octopus family in a mission to create a dynamic and flexible renewable energy system. Reborn as KrakenFlex, the deep-tech pioneer is driving the digitisation of the grid, helping make the UK the Silicon Valley of Energy. We are at the cusp of a green energy revolution and partnerships like the one with the GMCA will help accelerate this transformation, making energy greener and cheaper for consumers whilst fighting climate change."
Cllr Neil Emmott, Greater Manchester Lead for the Green City-Region, said: "This new agreement with Octopus Energy is a big boost to our plan for a carbon-neutral Greater Manchester by 2038. It's also a major vote of confidence in our city-region to lead the transition to a more sustainable future, supporting low-carbon infrastructure and new jobs in green industries. Crucially, this partnership will lay the foundations for our Local Energy Market - the biggest project of its kind to revolutionise the way we produce, consume, and distribute energy in Greater Manchester."
The city-region has ambitious plans which, if implemented in full with the backing of central Government, will remove a million tonnes of carbon from the city-region's economy:
850,000 tonnes from the retrofitting and energy generation
Heat decarbonisation and retrofit programmes across public sector, school, higher education, social housing
Go Neutral smart energy programme - low carbon renewable energy generation and smart energy assets
Launch of retrofitGM for privately-owned homes
100,000 tonnes through public transport overhaul
Shift to electric buses and taxis, increased levels of cycling and walking, increased Metrolink use, EV chargers installed and utilised across city-region
In addition, various business support programmes, led by the Greater Manchester Local Enterprise Partnership, will enable private enterprises to contribute to the city-region's drive towards a net zero future.
About Octopus Energy Group
Octopus Energy Group was launched in 2016 with a vision of using technology to make the green energy revolution affordable whilst transforming customer experiences. It is part of Octopus Group, which is a certified BCorp. Octopus's domestic energy arm already serves 3.1 million customers with cheaper greener power, through Octopus Energy, M&S Energy, Affect Energy, Ebico, London Power and Co-op Energy. Octopus Energy Generation is Europe's largest investor in solar energy, managing a £3.4bn portfolio of renewable energy assets throughout the continent.
In September 2021, Octopus Energy Group was valued at $4.6 billion after taking $600 million investment from Generation Investment Management co-founded and chaired by Al Gore, closing its third major investment round since launching to the market. With operations in the US, Japan, Germany, Spain, New Zealand and Australia, Octopus Energy Group's mission to drive the affordable green revolution is going global.
About KrakenFlex
KrakenFlex is a cloud-based platform that controls distributed energy assets with machine learning and artificial intelligence to match supply and demand. This helps the electricity grid deal with the natural volatility of renewable generation. The new energy system requires decentralisation and flexibility. Asset owners, energy traders and retailers will control and optimise large portfolios of diverse, distributed energy resources. KrakenFlex meets this need - connecting a multitude of devices from commercial, industrial or domestic sites, including battery storage systems, electric vehicle charge points, UPS and heating and cooling systems.
KrakenFlex (previously Upside Energy) joined the Octopus Energy Group in November 2020.
Source and top image: Greater Manchester Combined Authority