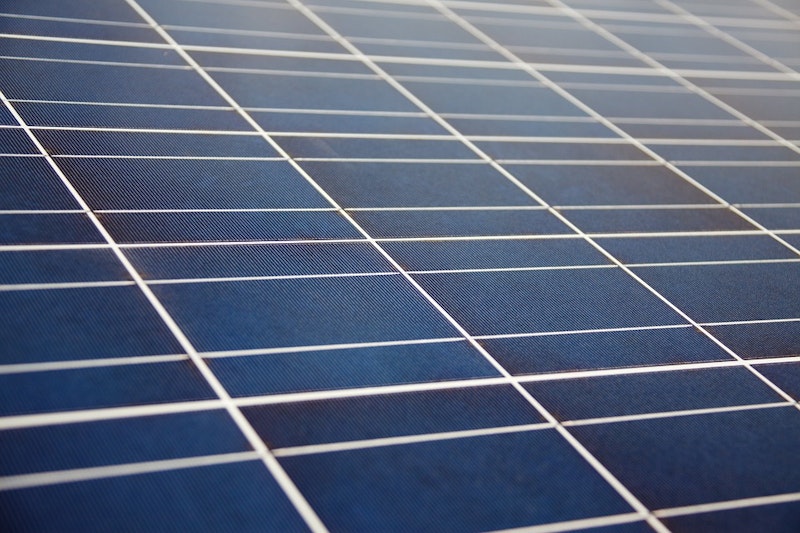 Researchers from Queen Mary University of London have developed a new process for producing stable perovskite materials to create more efficient solar cells.
Crystalline silicon is the most widely used material for solar cells. However, over the last decade, perovskite solar cells, made from metal halide perovskite materials, have shown promise to make cheaper, and potentially more efficient solar cells than silicon.
But whilst perovskite solar cells can now compete in terms of efficiency with more established silicon based solar cells, a key challenge that remains unaddressed is their chemical instability. Perovskite materials are very sensitive to moisture, oxygen and even light, meaning they can degrade rapidly in air. For further information see the IDTechEx report on Energy Harvesting Microwatt to Gigawatt: Opportunities 2020-2040.
One perovskite material, formamidinium perovskite, could help to solve this issue as its pure, black- coloured crystal structure, known as FAPbI3, is more chemically stable than many other perovskites. Its optical properties are also much better suited to absorb light and produce electricity efficiently in a solar cell than existing perovskite materials. However, creating this black, stable form of the material is difficult, and it can often instead form a yellow phase that isn't suitable for solar cells.
In the study, published in the journal Advanced Materials, researchers describe a new process for creating FAPbI3. One of the challenges with making FAPbI3 is that the high temperatures (150°C) used can cause the crystals within the material to 'stretch', making them strained, which favours the yellow phase. And whilst some previous reports have used small amounts of additional chemicals, or 'additives' to help form FAPbI3 under these conditions, it can be very hard to control the uniformity and amounts of these additives when making solar cells at a very large scale, and the long-term impact of including them is not yet known.
The novel approach described in the study instead exposes films of FAPbI3 to an aerosol containing a mixture of solvents at a lower temperature (100°C). The researchers found that they could form very stable black-phase FAPbI3 after just one minute, in comparison to other approaches that can take around 20 minutes. They also show that the lower temperatures used help to 'relax' the crystals within the material.
Dr Joe Briscoe, Reader in Energy Materials and Devices at Queen Mary, said: "Pure formamidinium perovskite could produce perovskite solar cells that are more efficient and stable that those made with other commonly used hybrid perovskites based on methylammonium. This could be really important for commercialising this technology, particularly as the process can easily be scaled up. In this study, we've demonstrated a novel, more efficient approach to create pure and stable black formamidinium perovskite FAPbI3. As our process uses an 'inverted' perovskite solar cell structure and lower annealing temperature, this also makes it very suitable for making flexible solar cells on plastic, which could have a lot of applications for example in clothing and vehicles."
Source: Queen Mary University of London
Top image: Pixabay