Production of Electricity on the Moon 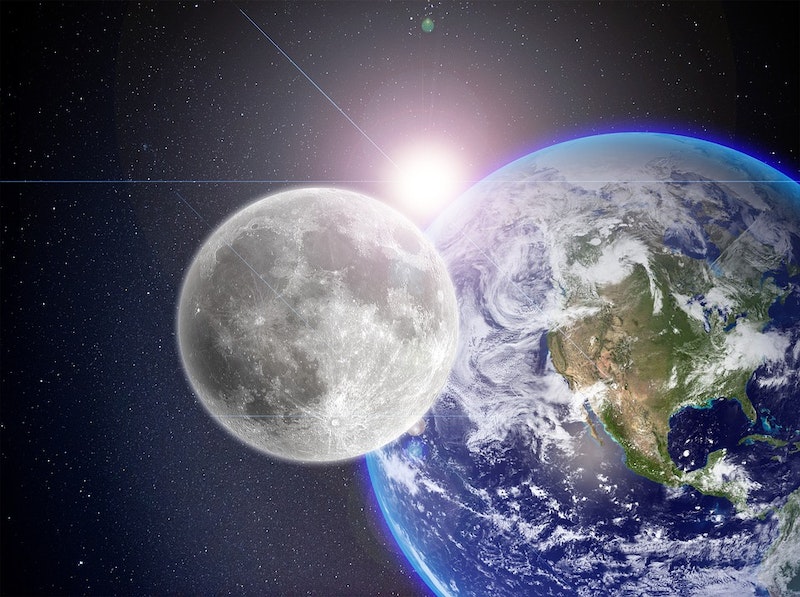 Katriin Kristmann, a doctoral student in chemical and materials science at TalTech (Tallinn University of Technology), began research aimed at developing technology for the production of monograin layer solar cells on the Moon.
The results of the research activity are planned to be used to provide electricity to future lunar outposts of the European Space Agency (ESA) and its international partners. The lunar outpost is planned to be established on the South Pole of the Moon in the next decades.
The sandpaper-like solar cell is based on monograin-powder technology developed by TalTech researchers, where the solar cell consists of thousands of small crystals, with a diameter of 50 micrometres, embedded into a polymer in one continuous layer. The microcrystals absorb sunlight. To complete the solar cell these microcrystals are coated with a buffer and window layers. In this way, each crystal works as a small individual solar cell and generates electricity. Such kind of solar cells have many advantages, such as the lightweight solar panel technology combining the advantages of highly efficient mono-crystalline material with low cost roll-to-roll panel production, enabling the manufacture of flexible, lightweight, and cost-efficient solar panels to cover vast areas with minimum cost. In principle there is no limitation on the solar modules size and shape. for further information see the IDTechEx report on Energy Harvesting Microwatt to Gigawatt: Opportunities 2020-2040.
The microcrystals used in the monograin layer solar cell could be produced from elements found in the soil or regolith of the Moon. The potential material for microcrystals would be pyrite FeS2, or in other words 'fool's gold'. Its elements, iron and sulphur, are quite abundant in the lunar regolith, and the theoretical efficiency of pyrite solar cell reaches 25%.
"TalTech scientists have been working on monograin layer solar cell technology for terrestrial applications for a couple of decades already. The core innovation is the unique light absorbing layer made of the single-crystalline powder, which contains abundant and low-cost elements. Solar cells based on this technology will bring innovation to the building-integrated solar power field." said Marit Kauk-Kuusik head of the photovoltaic materials lab at TalTech.
"Our first contacts with ESA were realised around six years ago, when they found the monograin layer solar cell technology promising for space application, and contacted us. The aim of the first collaboration project was to test technology suitability, and endurance to a hostile space environment; our technology passed these tests. From there grew the idea to implement the monograin layer solar cell technology in powering a future lunar outpost, and the objective was set to use source materials available in the lunar regolith." said Katriin Kristmann´s PhD thesis supervisor Dr Taavi Raadik.
"To have your own Moon program is extremely resource intensive, and too expensive for a small country like Estonia, for that reason it is wise to team up with other players in the field. As we are the member of the European Space Agency, it is logical to support them with our ideas and knowledge," added Dr Raadik.
"There is a strong drive at the moment, from international space agencies including ESA and from private companies, to prepare a return to the lunar surface, for long duration stays. To make future activities possible, it is important to start developing the technologies which will allow us to build and operate long term infrastructure. And a sustainable way of doing it, is to use local resources to manufacture what we need. This research activity with TalTech is of particular interest to us, as it is not only very innovative, but it also builds on know-how which has matured over several years at TalTech. It is also very nice to see more and more technologies coming from Estonia, a recent ESA Member State." said PhD student co-supervisor Dr Advenit Makaya from ESA.
"We are glad to see, that Estonian membership in the European Space Agency brings practical results. It has opened the doors for PhD level scientists, and doctoral students, also for master level trainees who can work in ESA laboratories, and be part of the ESA science community. The benefit from that can´t be overestimated." said Madis Võõras, Head of the Estonian Space Office.
Project duration is planned to last four years, during that time TalTech researchers can use the ESA science and technology laboratories in the Netherlands for research, and collaborate with the world's top engineers and researchers.
Source: Estonian Research Council
Top image: Pixabay

Microgrid for a Future Lunar Base
Solar Beats Nuclear at Many Potential Settlement Sites on Mars
Philippines to Develop up to 3GW Wind Power
A Simple, Cheap Material for Carbon Capture, Perhaps from Tailpipes