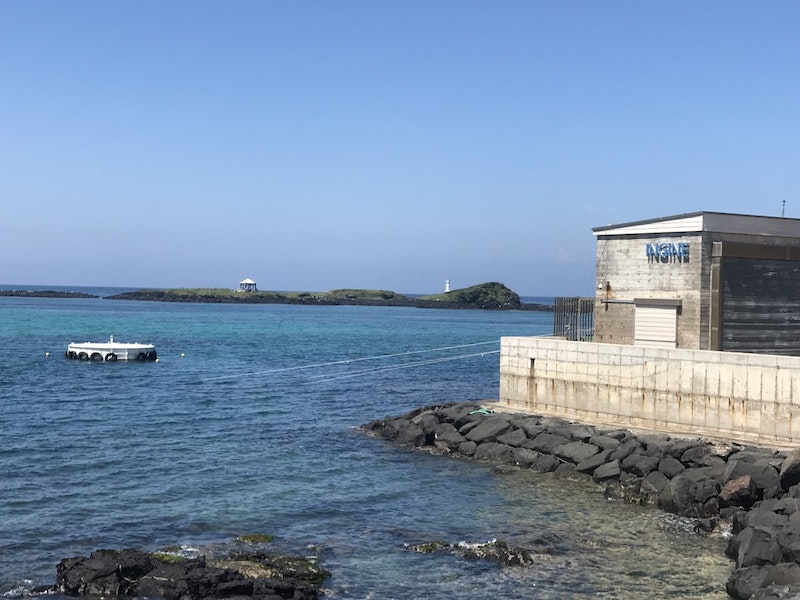 South Korean wave energy developer INGINE is revealing ambitious growth plans for 2022, plotting further global expansion and new projects to accelerate commercialisation. Operating from 2012, the Seoul-headquartered firm will celebrate its 10th anniversary with strong momentum now approaching a landmark fifth year of wave energy operation in North East Asia, via the Jeju Bukchon Wave Power Plant built in 2015.
Further international projects will see expansion across four continents throughout 2022 and beyond.
This includes a Vietnamese and Korean initiative in Quang Ngai province - through a five-party MoU involving Quang Ngai People's Committee, INGINE, SK Innovation, Doosan Vina and VinGroup - and the development of a 10MW wave energy project for diesel replacement in Indonesia.
In addition, INGINE will launch in North America in 2022, after inking a deal with the Mowachaht Muchalaht First Nation (MMFN) to begin design work for an onshore wave energy system in Yuquot, British Columbia (Canada). Meanwhile, collaborative plans are underway in France, Morocco, Taiwan, and Japan. For further information see the IDTechEx report on Wave, Tidal and Hydro Power 1W-10MW 2018-2038.
With a strong footprint in Europe through its UK subsidiary, further European growth will be announced early in the New Year, coupled with senior appointments to bolster its world-class team of 25 plus wave energy experts.
INGINE Business Development Director Dae Hyun Kim said: "We are approaching 2022 with a huge amount of positive energy as we prepare to celebrate our tenth company anniversary and fifth year of successful wave energy operation. INGINE has built a wealth of knowledge over the last decade and was recently ranked 2nd in Forbes Korea's marine energy innovation, ESG and carbon reduction listing. The company is now entering an exciting growth phase as our technology rapidly advances towards commercialisation. We will enter the New Year focusing on a series of high-profile, cross-continental projects following many years of careful planning and preparation to leverage finance and establish secure and stable international partnerships. INGINE is now in poll-position to leverage its extensive technical expertise and demonstrate the commercial benefits of its technology, as part of our broader mission to support a sustainable future and a successful energy transition, on the pathway to net-zero."
INGINE's proprietary INWave wave energy converter, effectively absorbs energy of close-to-shore waves. The innovative technology eliminates the need for expensive submarine cables as the power generation unit is installed on land, making it highly economical.
The technology is especially well suited for remote coastal communities which do not have access to the central power grid and depend on diesel generators for electricity supply. The technology increases community access to renewable, locally sourced clean energy and reduces reliance on fossil fuels. INGINE's work aims to greatly contribute to the production of environmental, social, and governance (ESG) best practice for wave energy projects in off-grid locations.
Recognised for its economic feasibility and social value, INGINE has received significant national and international finance support, including $2 million from SK Innovation in 2019. This was supported by a further $3 million from South Korea's state lender Korea Development Bank (KDB) in 2021, which enabled INGINE to successfully close its $6 million Series B round. In 2021, other forms of technical and financial assistance were granted to support INGINE's projects through the Korea Environmental & Industry Technology Institute (KEITI), the United States Agency for International Development (USAID) and the Clean Energy for European Union Islands Secretariat.
Early in 2022, additional private financing of $1.7 million was secured thanks to INGINE's R&D capabilities which have generated 58 patents globally. INGINE is planning to go public in 2023 and has selected Hana Financial Investment to be the lead manager for the Initial Public Offering (IPO). Before the IPO, INGINE will work on its Series C round throughout 2022, as a pre-IPO phase to promote R&D and commercial developments.
Source and top image: Energize Media