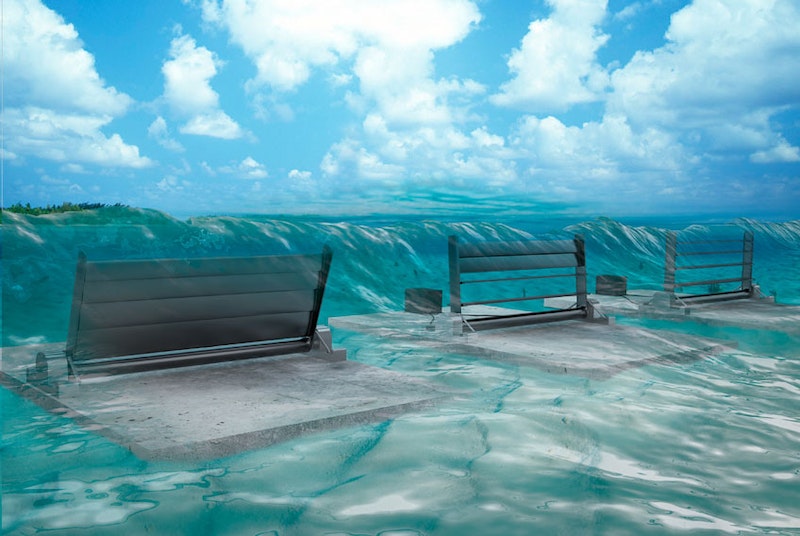 Sustainable, plentiful wave energy holds vast potential for powering the lives of millions, with 50% of the US population alone living within 50 miles of the shoreline; however, wave energy converters (WECs) are still in the early stages of technological development relative to more mature renewable energy alternatives. A major challenge currently facing the technology is the achievement of cost competitiveness. Because they must be designed to be robust enough to withstand large wave loads and unforgiving sea states, about 35%-50% of WEC costs can be attributed to device structural costs alone. Reducing the structural cost of WECs and increasing energy capture are two paths toward reducing wave energy's levelized cost of energy (LCOE), thereby increasing its attractiveness as a major renewable energy source.
Researchers at the National Renewable Energy Laboratory (NREL) are rethinking WEC designs to provide a new pathway for the development of next-generation cost-competitive systems. The incorporation of variable-geometry components may hold the key to the elusive combination of increased energy capture and reduced structural costs. Using variable geometry, the shape of the WEC can be changed so that in more energetic sea states the structural loads are controlled, allowing extended power production. For further information see the IDTechEx report on Wave, Tidal and Hydro Power 1W-10MW 2018-2038.

What sets variable-geometry WECs apart from other types of wave energy devices? In a word, control. Most traditional WEC designs consist of a fixed-geometry hull and generally possess a singular means of operational control: the generator, or power take-off. The introduction of variable geometry into WEC designs would add a second control knob to the system, similar to blade pitch control in a wind turbine. This secondary means of control would allow for operational adjustment in a variety of sea states, so the device can fine-tune to shed load in large-to-extreme sea states or increase power absorption in low-to-moderate sea states. These variable-geometry components could provide an opportunity to control the device hydrodynamics.
Because of the additional control they offer, variable-geometry WECs can be optimized for greater energy capture, improved efficiency of operation, and ultimately, more cost-competitive wave energy.

To evaluate the power absorption and load-shedding control of variable-geometry-enabled devices, NREL researcher Nathan Tom and his team explored the possibilities of incorporating the design methodology into three types of WECs:
The variable-geometry components incorporated into the above WEC devices consisted of either rigid pieces that could be opened or closed using mechanical actuators or flexible bags filled with air or water that could inflate or deflate depending on the sea state. For each type of WEC, the research team analyzed (1) structural design integrity; (2) projected annual energy production; and (3) completed a preliminary techno-economic analysis to understand feasibility from a cost standpoint.
This initial case study found that variable-geometry components were successful at improving each of the three tested WEC designs, exhibiting both cost- and load-shedding benefits across all the evaluated technologies.

From Model to the Market

The team did not rest with the evaluation of three WEC devices. Thanks to a recently awarded Technology Commercialization Fund grant, the NREL team is also collaborating with the University of Massachusetts at Amherst (UMA) to develop a fourth technology: a variable-geometry oscillating surge wave energy converter (OSWEC) placed on a raised foundation. Inspired by advances in large-scale additive manufacturing techniques, the raised, variable-geometry OSWEC, or VG-OSWEC, could have the potential to dramatically reduce the cost of sub-sea foundations.
The device design also offers opportunities for reduced installation costs, improved energy production, and greater flexibility of deployment locations when compared to bottom-fixed designs. The VG-OSWEC could enable deployment in deeper water, for example, potentially increasing power capture due to its ability to operate within the more energetic waves found further offshore. The unique raised structure could prevent bottom scouring in the environmentally sensitive near-shore region.
This advanced modular concrete-foundation design owes a debt of gratitude to the offshore wind turbine work currently being carried out by RCAM Technologies. A startup led by former NREL researcher Jason Cotrell, RCAM's innovative offshore wind turbine pilings and foundations work could be transferable to the ocean energy community as new low-cost and easily deployable structures become readily available (RCAM Technologies, 2020).
By marrying the VG-OSWEC and the cost-effective concrete foundation, the wave energy community can reap the best of what both technologies have to offer. The novelty of the TCF-awarded design lies in the amalgam of several key features:
Recent research suggests that the OSWEC holds promise as a WEC technology because it can obtain some of the highest energy conversion efficiencies; however, to sustain high energy capture, the device must also be designed to withstand extreme wave loads. By incorporating variable-geometry components into the OSWEC, the peak loads can be reduced while maintaining—or even increasing—energy capture.
NREL and UMA are working together to design, build, and test a scaled model of the concept. "Incorporating variable-geometry controls into a WEC is several degrees of complexity beyond the current state-of-the-art wave energy technologies," Nathan Tom said. "We hope to demonstrate this next-gen system to help de-risk the technology and encourage industry adoption."
The team aims to demonstrate the viability of the device, ultimately moving it from model to the market. Variable-geometry components could help the wave energy community break the LCOE barrier, elevating the feasibility and promise of this renewable energy technology.
Source and top image: National Renewable Energy Laboratory (NREL)