Discovery of new chlorophyll could boost efficiency of solar cells 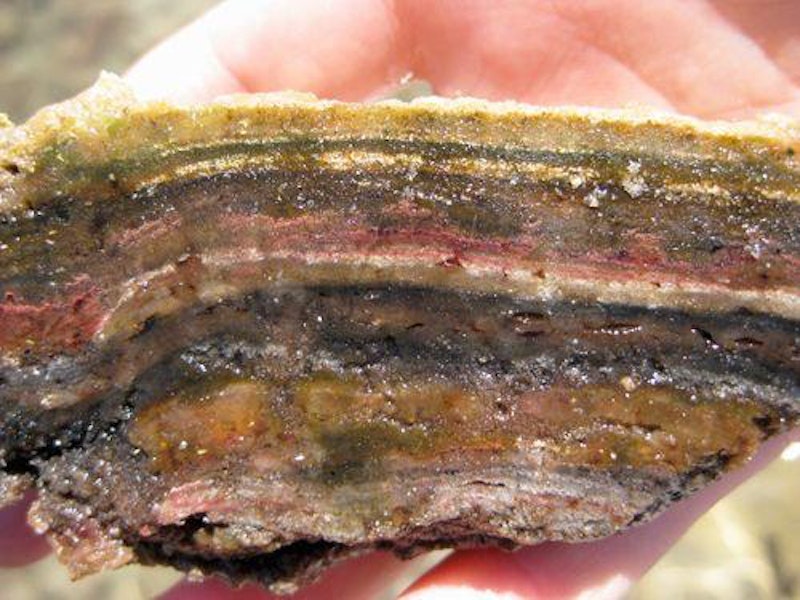 Dr Min Chen, from the School of Biological Sciences at the University of Sydney, has discovered the first new chlorophyll in over 60 years and published the findings in the international journal Science.
Found by accident in stromatolites from Western Australia's Shark Bay, the new pigment named chlorophyll f can utilise lower light energy than any other known chlorophyll. The new chlorophyll was discovered by Dr Chen deep within stromatolites - rock-like structures built by photosynthetic bacteria, called cyanobacteria.
The history-making study challenges our understanding of the physical limits of photosynthesis - revealing that small-scale molecular changes to the structure of chlorophyll allows photosynthetic organisms to survive in almost any environment on Earth. This new chlorophyll could be harnessed to boost the efficiency of solar cells.
Chlorophyll is the essential molecule in oxygenic photosynthesis and until recently, oxygenic photosynthesis was thought only to occur in light that is visible to human eyes, between 400nm to 700nm, as chlorophyll was strictly limited to absorbing light in this range. This was overturned in 1996 when scientists found a cyanobacterium that could photosynthesise using light just outside the visible spectrum - at 710nm, in the infrared region - using a modified chlorophyll molecule, named chlorophyll d. Since this discovery, scientists around the world have been puzzled by how chlorophyll d is able to get enough energy from infrared light for photosynthesis.
Now the rules of photosynthesis need to be rewritten again, with the discovery of the new chlorophyll that can absorb light of even lower photon energy - 720nm - making it the most red-shifted chlorophyll to date. In ecological terms, chlorophyll f allows cyanobacteria living deep within stromatolites to photosynthesise using low-energy infrared light, the only light able to penetrate into the structure, which challenges further our understanding of the physical limits of photosynthesis.
Testing the optical absorption spectrum of the new chlorophyll revealed that it could absorb much longer wavelengths of light than any other known chlorophyll - 10nm longer than chlorophyll d and more than 40nm longer than chlorophyll a.
"Discovering this new chlorophyll has completely overturned the traditional notion that photosynthesis needs high energy light," Dr Chen said.
Photovoltaic panel manufacturers have been working on ways to extend the region of the spectrum that solar cells can absorb as over half the light from the sun comes in at infrared wavelengths. Chen says that if nature can use such simple modification of chlorophyll to acquire more sunlight, perhaps we can learn from it.
"It is amazing that this new molecule, with a simple change to its chemical structure, can absorb extremely low energy light. This means that photosynthetic organisms can utilise a much larger portion of the solar spectrum than we previously thought and that the efficiency of photosynthesis is much greater than we ever imagined. Chlorophyll f, and its ability to absorb infrared light, can have numerous applications to industries like plant biotechnology and bioenergy." Said Dr Chen.
"Whatever happens next, the fact that we have discovered a cyanobacterium that exploits a tiny modification in its chlorophyll molecule to photosynthesise in light that we cannot see, opens our mind to the seemingly limitless ways that organisms adapt to survive in their environment."
Credit: University of Sydney
Top image shows cross section of a Shark Bay Stromatolite, source: University of New South Wales
For more read : Energy Harvesting and Storage for Electronic Devices 2010-2020
and attend Wireless Sensor Networks, Energy Harvesting and RFID in Asia
Energy Harvesting & Storage and Wireless Networks & RTLS USA 2010
Learn more at the next leading event on the topic: Healthcare Sensor Innovations USA 2020