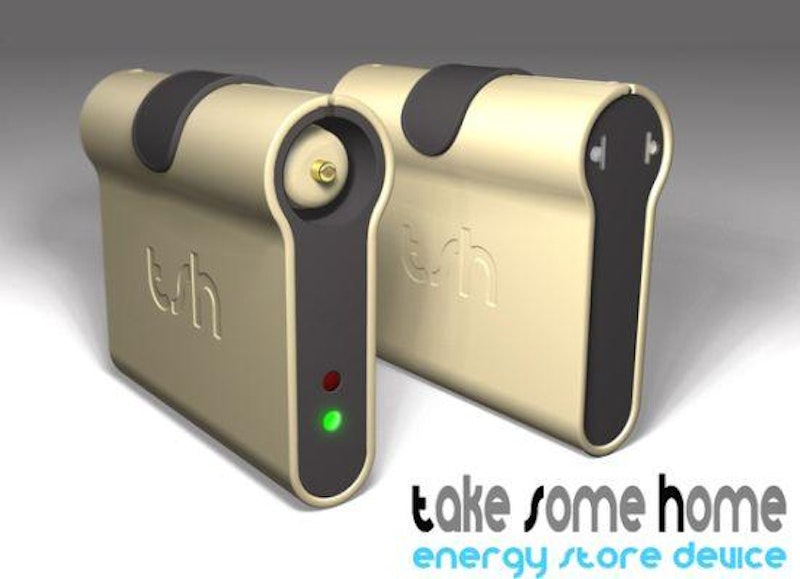 Baita Design have created a device called TSH, which stands for Take Some Home, to harness energy from a car alternator which is stored and used to charge up small devices in the home. 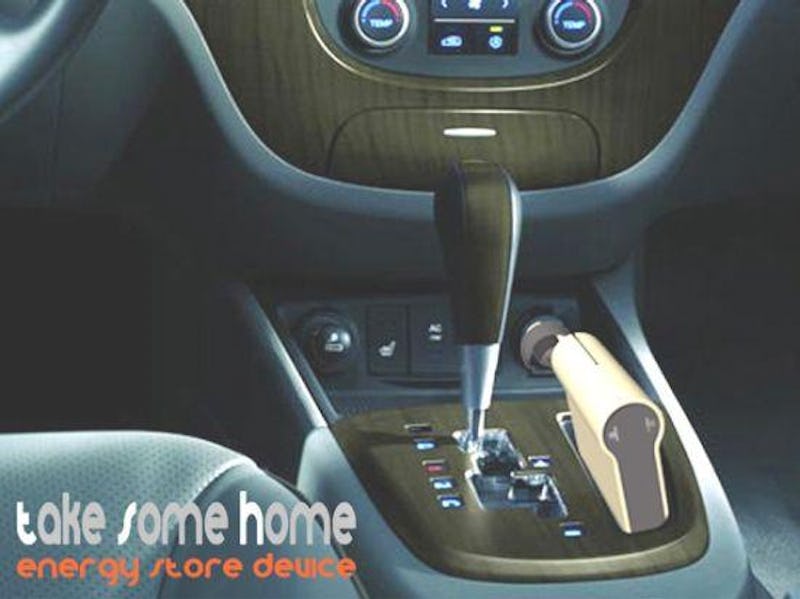 A car's alternator generates more energy than the car requires, and TSH stores this excess electricity through a device that is plugged into the car's lighter socket. The device stores the energy in 8 Mi-MH batteries which can be recharged more than 1000 times.

Once a car journey is complete, the device is removed from the car, and taken indoors where small devices can be plugged into it and charged. 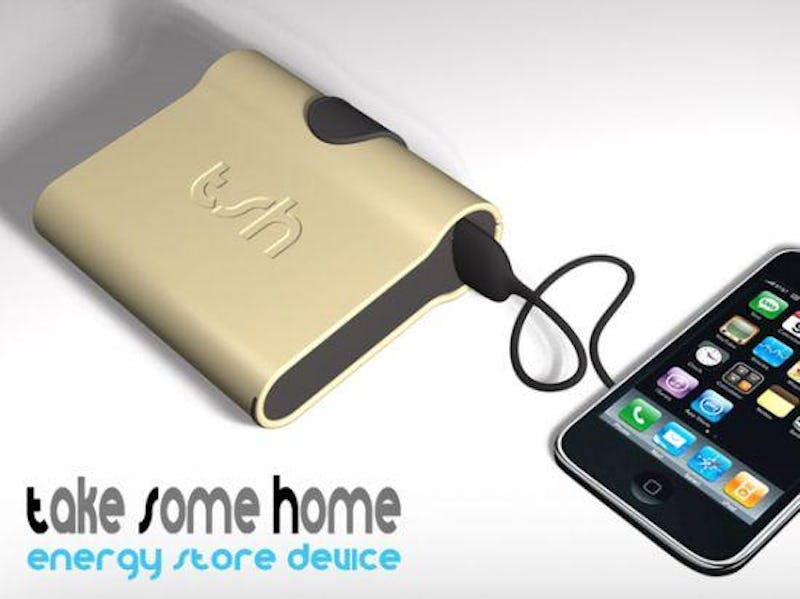