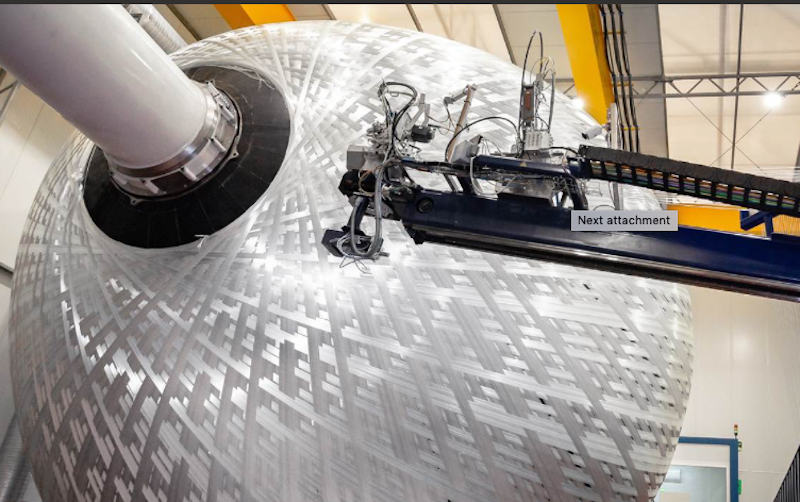 CorPower Ocean is set to officially launch its next-generation C4 wave energy converter alongside its new 'CorPack Concept' providing the building blocks for future wave energy farms. It comes as the wave energy developer prepares to deliver its flagship HiWave-5 Project in northern Portugal, with ocean deployment planned later this year.
The new full-scale CorPower C4 device will ultimately form part of a four-system wave energy array, located off the coast of Aguçadoura, creating one of the world's first grid-connected wave farms.
The HiWave-5 Project is the result of a decade of intense product development and three decades of research on wave hydrodynamics. Driven by one of the world's largest and most experienced wave energy teams, it marks a final push towards commercialisation as part of a broader mission to make wave energy competitive with wind and solar by 2030.
"After a decade of development efforts, we are thrilled to unveil the CorPower C4 and the CorPack - our first commercial scale products," said CorPower Ocean CEO Patrik Möller. "This event, open to the press and public, will mark a new era for wave energy. The online event will give you insights into the role wave energy can play to accelerate the energy transition, and a deep dive into the design and demonstration of our wave energy technology at commercial scale. CorPower Ocean is on a mission to power the planet with clean energy from ocean waves. Due to its consistent and complementary power profile it helps bring stability to the clean energy mix - plugging the voids of wind and solar power - to allow a world powered entirely by renewables, 24/7 each day of the year. The CorPack wave clusters, our building blocks for larger wave farms, are plug and play compatible with offshore wind infrastructure. This allows hybrid wind-wave farms that deliver more consistent power using a shared electrical connection to shore. It also allows wave energy to dovetail with the continued expansion in offshore wind for decades to come, on route to a zero-carbon future."
CorPower Ocean is working in collaboration with a broad range of international partners, including the Portuguese electricity company EDP, to deliver the landmark Hi-Wave Project. It aims to deliver certified and warrantied WEC products to the market by 2024/25, propelling wave energy into the future green energy mix as a bankable technology.
HiWave-5 is supported by a purpose-built €16m R&D, Manufacturing and Service Centre located in the Port of Viana do Castelo. This facility will further ensure long-term development of supply and service capacity for commercial wave energy farms.
For further information contact kevin.rebenius@corpowerocean.com
For further information on energy harvesting research and for a full list of market research reports from IDTechEx, please visit www.IDTechEx.com