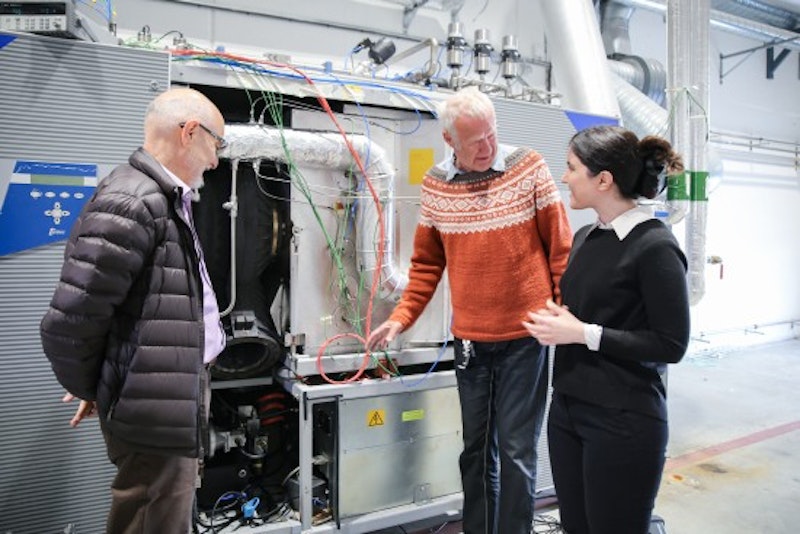 University of Stavanger operates a micro gas plant in south-west Norway. The gas turbine produces both heat and electricity. It also supplies hot water for heating the laboratory buildings in the immediate area. In addition, surplus energy is supplied to power provider Lyse's district heating and electricity grids. All energy is used efficiently.
The researchers have been working on developing a method for using pure hydrogen as fuel in the gas turbine. The goal is to produce electricity with zero CO2 emissions. In mid-May 2022, an important milestone was reached. They started running the turbine on 100 percent hydrogen. For further information see the IDTechEx report on The Hydrogen Economy, Fuel Cells and Hydrogen Production Methods.
"We have set a world record in hydrogen combustion in micro gas turbines. No one has been able to produce at this level before," says Professor Mohsen Assadi. He leads the research and brings with him doctoral fellow Reyhaneh Banihabib and engineers Magnus Wersland and Bjarte Hetlelid (from the research institute NORCE) to run the tests of the facility. They have now proven that they can use hydrogen in existing natural gas infrastructure.
"The efficiency of running the gas turbine with hydrogen will be somewhat less. The big gain though, is to be able to utilize the infrastructure that already exists. In addition, there are no CO2 emissions associated with this energy production," says Assadi. He emphasizes that this research is about storage as well as distribution of gas fuel.
"First, a certain effort is required to ensure that existing gas infrastructure can handle hydrogen instead of natural gas. Second, this is about technology for energy conversion, that is, the turbine technology itself. That is what we have focused on. We have contributed to technological adaptations of the fuel system and combustion chamber technology," says Assadi.
His research team will now take a closer look at the limitations of the gas plant, and find out how they can increase the capacity to produce as much clean energy as possible.
Source and top image: University of Stavanger