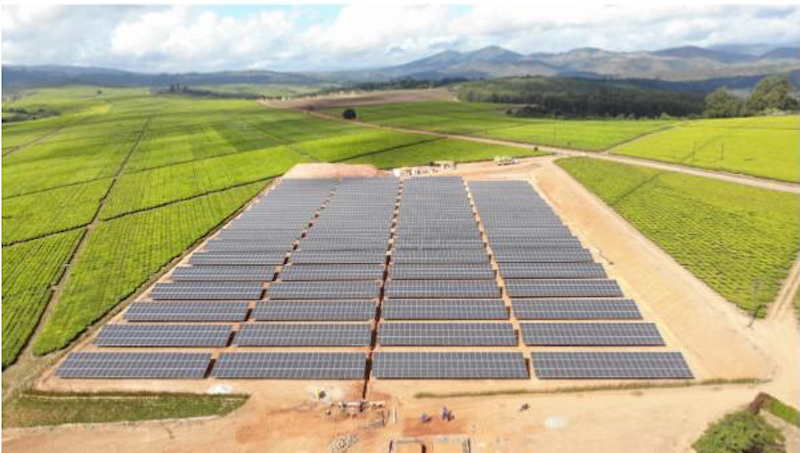 The 3rd edition of the AFSIA Solar Awards 2022, once again organized in collaboration with the Africa Energy Forum, ended in a magnificent event live on June 23rd. The winners of the 13 categories were revealed and recognized during this occasion.
Over the last few months, more than 130 entries from all over the continent were submitted in various categories. The Jury, which included some of Africa's top solar energy experts, thoroughly reviewed and analyzed each entry in order to select the most deserving companies and individuals to receive the ultimate prize at the awards ceremony.
The most contested title among the 13 categories in competition this year is the "C&I Project of the Year" reflecting the increased activity of those segments of the African solar industry.
This demonstrates the continent's solar industry very positive trend of growth.
The Winners 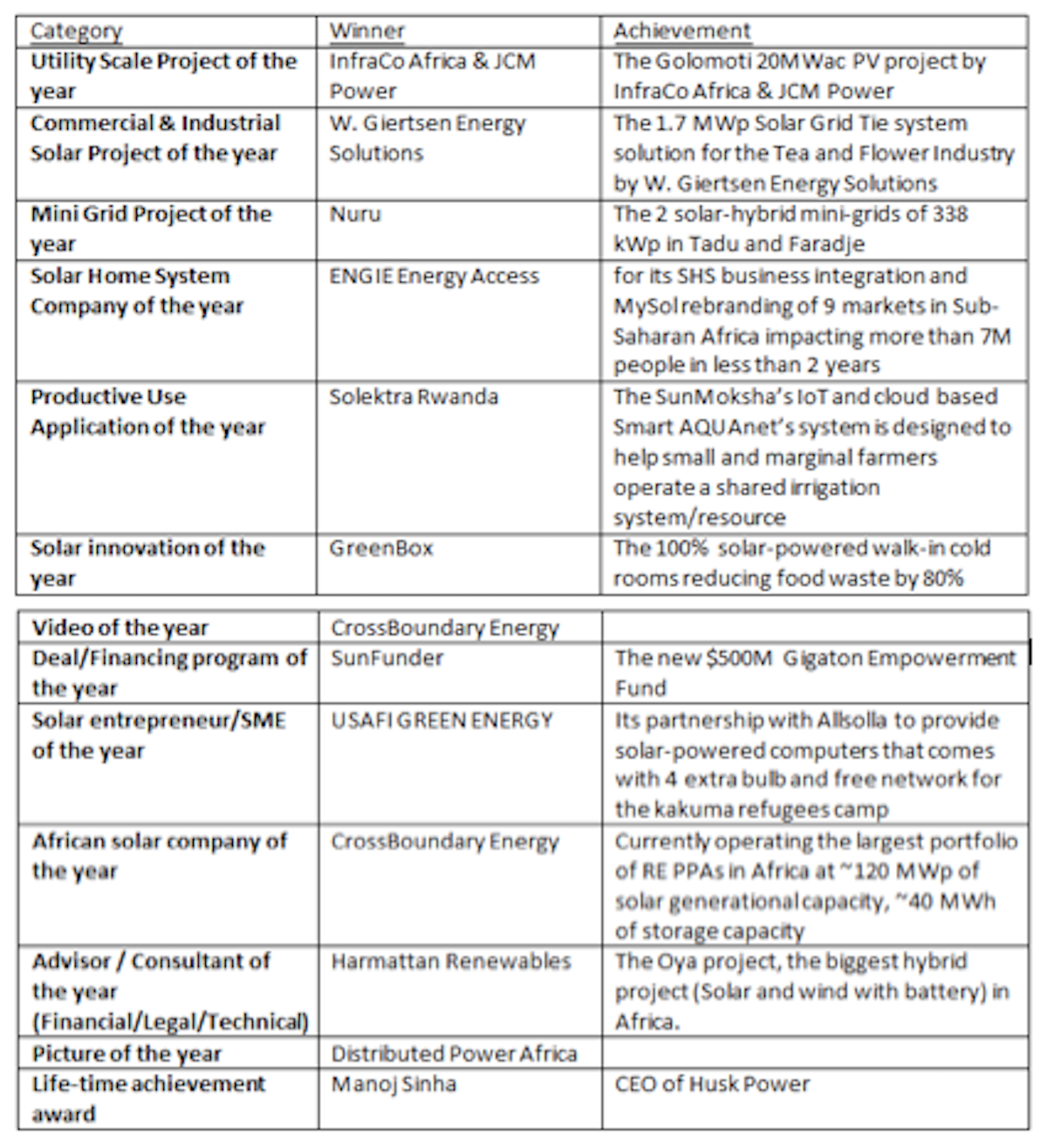 An exceptional and global platform
The awards ceremony was organized in collaboration with the aef (Africa Energy Forum) and was conducted live in Brussels.
aef is the marquis event of the African energy industry and has been uniting governments, utilities and regulators with development finance institutions, commercial banks, power developers, technology providers, EPCs and professional services over the last 23 years. This year, aef took place in Brussels from June 21 until June 24.
AFSIA pleased to be part of this prestigious event and to reveal the laureates during the live ceremony on the 23rd of June with the support of global industry leaders such as LONGi, and Afrik21.
Meet the jury
Applications for the AFSIA Solar Awards were reviewed by some of the top experts in the African solar industry. They independently assessed each application and nominated the outstanding ones in each category.
This year the jury is made of Nicole Mukwindi Uwineza, President of POWERHer, Anita Otubu, Head of the Nigeria Electrification Project at the Rural Electrification Agency Nigeria, Isabel Cancela de Abreu, Executive Director at ALER, Dr. Mohamed Alhaj, Founder of Clean Energy 4 Africa, Lawrence Lin, Beyond the Grid Advisor for Power Africa, Jean Marie Takouleu, Editor-in-Chief at Afrik21, Max Hall, Reporter at pv magazine and Ruchi Soni, Program Manager at SEforALL.
Contact the Winners: 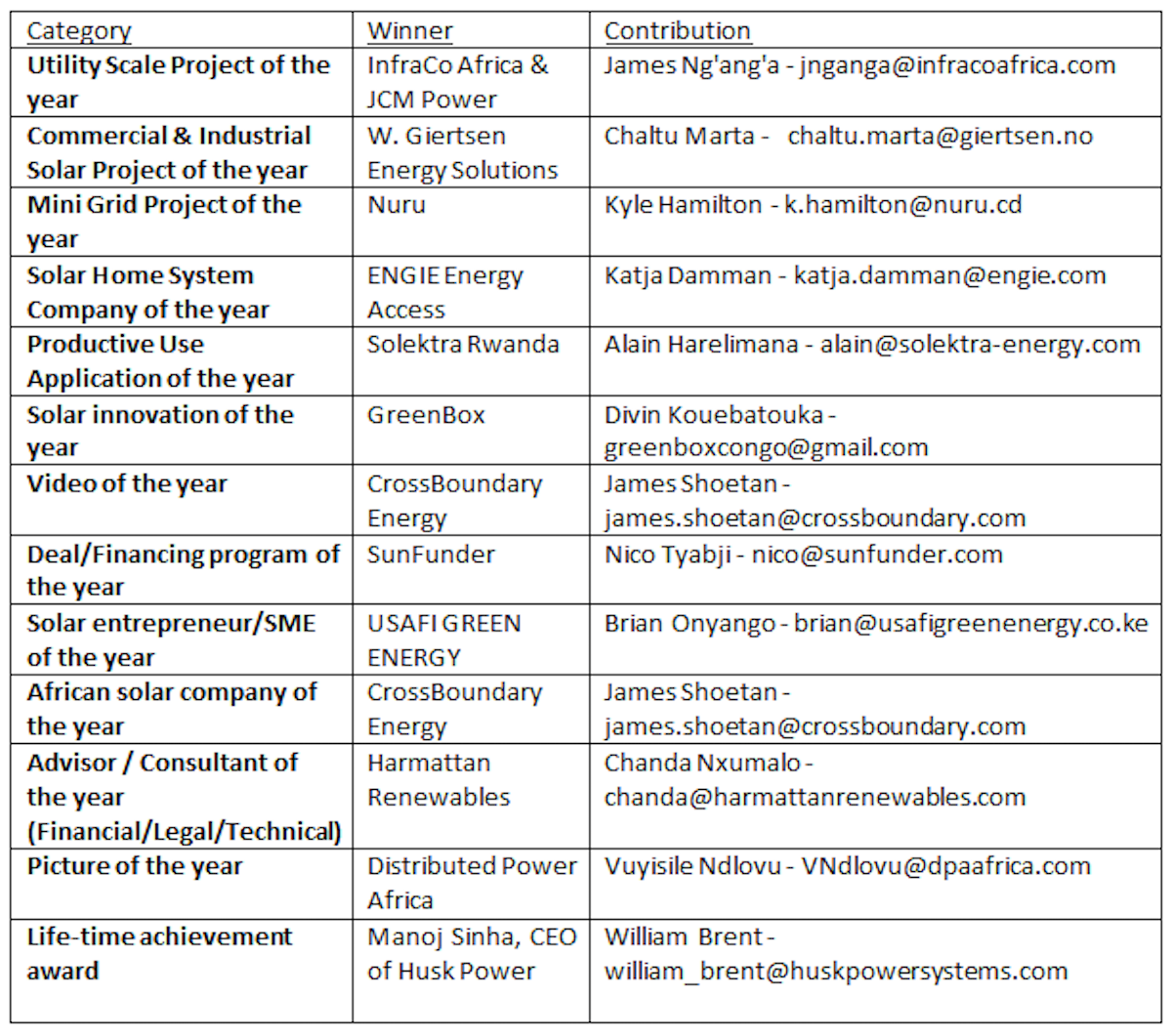