Wind Turbine Blades Could Someday be Recycled into Sweet Treats 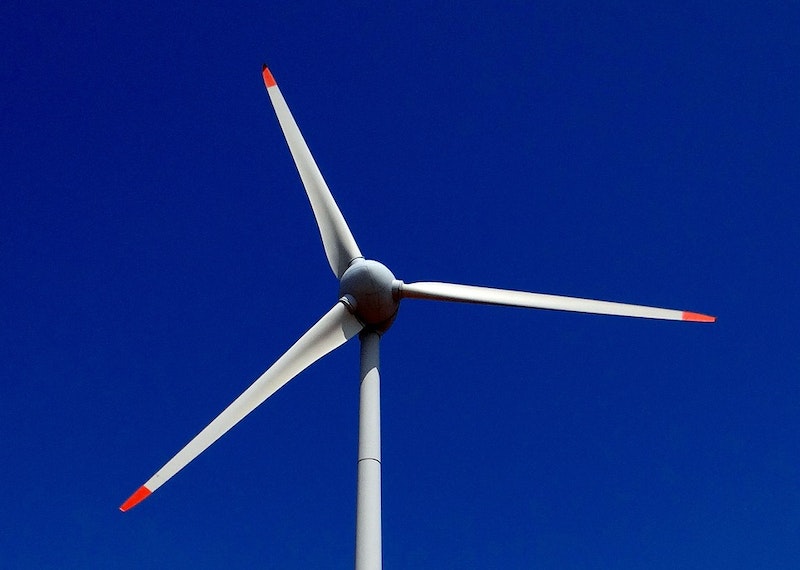 Wind power is an increasingly popular form of renewable energy. However, when it's time to replace the huge turbine blades that convert wind into electricity, disposal is a problem. Now, scientists report a new composite resin suitable for making these behemoths that could later be recycled into new turbine blades or a variety of other products, including countertops, car taillights, diapers and even gummy bears.
"The beauty of our resin system is that at the end of its use cycle, we can dissolve it, and that releases it from whatever matrix it's in so that it can be used over and over again in an infinite loop," says John Dorgan, Ph.D., who is presenting the work at the meeting. "That's the goal of the circular economy."
Made of fiberglass, wind turbine blades can be half a football field in length. Although some companies have found ways to recycle fiberglass into lower-value materials, most discarded blades end up in landfills. And the disposal problem is likely to get worse. "Larger wind turbine blades are more efficient, so companies keep making bigger and bigger ones," Dorgan says. "Often, wind farms will actually replace the turbine blades before the end of service life because the farms can generate more electricity with bigger blades."
Dorgan and colleagues at Michigan State University made a new turbine material by combining glass fibers with a plant-derived polymer and a synthetic one. Panels made of this thermoplastic resin were strong and durable enough to be used in turbines or automobiles. The researchers dissolved the panels in fresh monomer and physically removed the glass fibers, allowing them to recast the material into new products of the same type. Importantly, the recast panels had the same physical properties as their predecessors.
In addition to new wind turbine blades, the novel resin could be used for a variety of other applications. By mixing the resin with different minerals, the team produced cultured stone that could be transformed into household objects, such as countertops and sinks. "We've recently made a bathroom sink with the cultured stone, so we know it works," says Dorgan. The researchers could also crush the recovered material and mix it with other plastic resins for injection molding, which is used to make items like laptop covers and power tools.
The material could even be upcycled into higher-value products. Digesting the thermoplastic resin in an alkaline solution released poly(methyl methacrylate) (PMMA), a common acrylic material for windows, car taillights and many other items. Raising the temperature of the digestion converted PMMA into poly(methacrylic acid), a super-absorbent polymer that is used in diapers. The alkaline digestion also produced potassium lactate, which can be purified and made into candy and sports drinks. "We recovered food-grade potassium lactate and used it to make gummy bear candies, which I ate," Dorgan says.
Now that the researchers have demonstrated that the resin has suitable physical properties for wind turbines, they hope to make some moderately sized blades for field testing. "The current limitation is that there's not enough of the bioplastic that we're using to satisfy this market, so there needs to be considerable production volume brought online if we're going to actually start making wind turbines out of these materials," Dorgan notes. For further information see the IDTechEx report on Bioplastics 2023-2033: Technology, Market, Players, and Forecasts.
And is there a "yuck factor" involved in eating candy that was once part of a wind turbine? Dorgan doesn't think so. "A carbon atom derived from a plant, like corn or grass, is no different from a carbon atom that came from a fossil fuel," he says. "It's all part of the global carbon cycle, and we've shown that we can go from biomass in the field to durable plastic materials and back to foodstuffs."
This research was presented at a meeting of the American Chemical Society.
Source: American Chemical Society
Top image: Pixabay