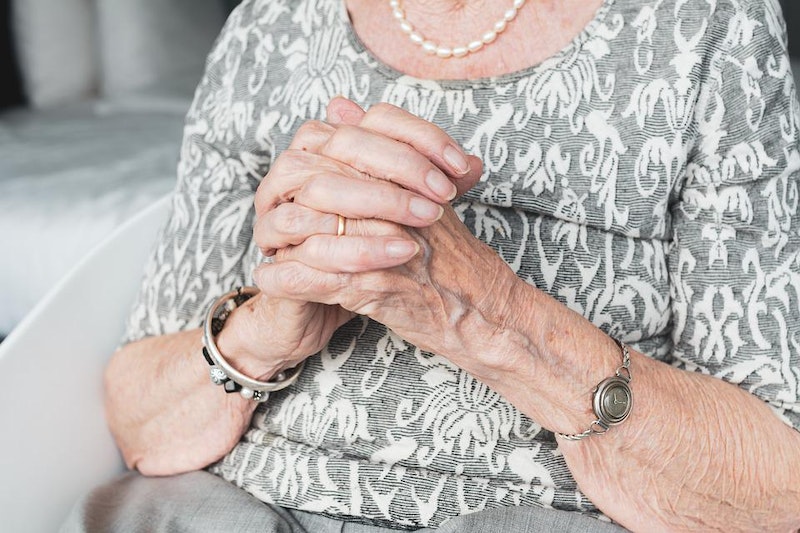 Mechanical engineers at Rice University's George R. Brown School of Engineering have built a handy extra limb able to grasp objects and go, powered only by compressed air. It's one of several ideas they've implemented with a textile-based energy harvesting system.
The proof-of-principle robotic devices designed and built by Daniel Preston, an assistant professor of mechanical engineering, lead authors Rachel Shveda and Anoop Rajappan and their team are geared toward those living with disabilities and are tough enough for everyday use, they said. How the project described in Science Advances utilizes air differs from the Preston lab's now-famous manipulation of dead spiders as grabbers. These pneumatic devices derive their power from walking.
The prototype "arm" is a piece of fabric that hugs the body when not in use, but extends outward when activated and incorporates an elastomer lining on the surface to maintain its grip on slippery objects. For demonstrations, Rice alumna Shveda, now an officer in the U.S. Coast Guard, would operate the arm with a switch. Preston said future versions could have sensors that anticipate the wearer's intent and complete the movement. In addition to the curling arm that can grip a cup or other small objects while one's hands are full, the Rice lab built a shirt with a bellows-like actuator attached at the armpit that expands, enabling the wearer to pick up a 10-pound object. Testing the apparel on a mannequin showed it could do so without an assist from human muscles. For further information see the IDTechEx report on Wearable Technology Forecasts 2021-2031.
"Census statistics say there are about 25 million adults in the United States who find it difficult to lift 10 pounds with their arms," said Rajappan, a postdoc supported by the Rice Academy of Fellows. "That's something we commonly do in our daily lives, picking up household objects or even a baby."
The system requires two components: textile pumps embedded in the soles of walking shoes that harvest air pressure and pneumatic actuators that make use of that pressure where needed. The pumps are filled with open-cell polyurethane foam that allows them to recover their shape after every footfall.
Preston said the pump is small enough to be comfortable. "The stiffness of the foam is about on par with a typical shoe insert," he said. "We wanted to make sure this felt like something you'd actually want to have inside of your shoe."
Tests by the Rice lab showed the devices produce the equivalent of 3 watts of power with a conversion efficiency of more than 20%, easily outperforming electromagnetic, piezoelectric and triboelectric strategies for foot-strike energy harvesting, including one designed by students at Rice's Oshman Engineering Design Kitchen. Preston said all the components for a single device cost the lab about $20. The products were simple to assemble and robust enough to be cleaned in a washing machine with no degradation in performance.
"The fabrication approach uses techniques that are already employed in the garment industry, things like cutting textile sheets and bonding them with heat and pressure," he said. 'We're ready to think about translating our work towards products."
Rajappan said that along with test units, the lab also developed mathematical models to predict how well an assistive device would perform based on a user's weight and walking speed, among other parameters. "One way to take this forward will be to use the model to optimize performance for specific user groups," he said. "We're also thinking about devices like pneumatic actuators that apply therapeutic compression for things like deep vein thrombosis, blood clots in the legs," Rajappan said. "Anything that requires air pressure can be powered by our system."
"Now that we're providing the power, we can tap into all the existing work on actuation," Preston added. "This would include things like gloves that help people close their hands, assistance at both the elbow and shoulder joints and other devices that still rely on typically rigid and bulky power supplies that are either uncomfortable or require being tethered to external infrastructure."
He noted conversations with fashion consultants could be in his future, to keep wearers from resembling the Michelin Man.
"We've managed to keep it quite low profile, but yes, that's definitely something to think about, especially with the actuators," Preston said.
Source: Rice University
Top image: PIxabay