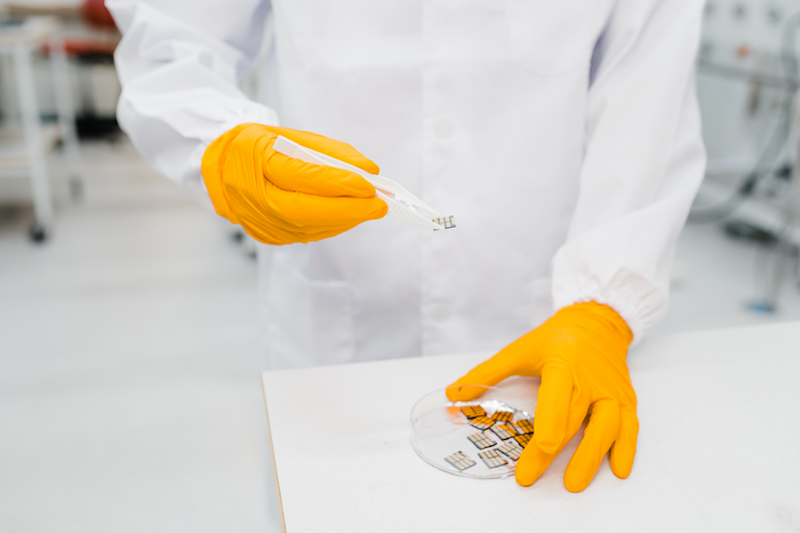 Solar cells manufactured from materials known as "perovskites" are catching up with the efficiency of traditional silicon-based solar cells. At the same time, they have advantages of low cost and short energy payback time. However, such solar cells have problems with stability - something that researchers at Linköping University, together with international collaborators, have now managed to solve. The results, published in Science, are a major step forwards in the quest for next-generation solar cells.
"Our results open new possibilities to develop efficient and stable solar cells. Further, they provide new insights into how the doping of organic semiconductors works," says Feng Gao, professor in the Department of Physics, Chemistry and Biology (IFM) at Linköping University.
Perovskites are crystalline materials with huge potential to contribute to solving the world's energy shortage. They are cheap to manufacture, with high efficiency and low weight. However, the perovskite solar cells can degrade quickly, and it has not been possible to build high-efficiency perovskite-based solar cells with the required stability.
"There seems to be a trade-off between high efficiency and stability in perovskite-based solar cells. High-efficiency perovskite solar cells tend to show low stability, and vice versa," says Tiankai Zhang, a postdoc at IFM and one of the principal authors of the article published in Science. For further information see the IDTechEx report on Perovskite Photovoltaics 2023-2033
When solar energy is converted into electricity in perovskite-based solar cells, one or more charge transport layers are usually needed. These lie directly next to the perovskite layer in the solar cell. The organic charge transport layers often need auxiliary molecules in order to function as intended. The material is described as being "doped". One doped transport layer called Spiro-OMeTAD is a benchmark in perovskite solar cells, and delivers record power conversion efficiencies. But the present method used to dope Spiro-OMeTAD is slow, and causes the stability issue of perovskite solar cells.
"We have now managed to eliminate the trade-off that has hindered development, using a new doping strategy for Spiro-OMeTAD. This makes it possible for us to obtain both high efficiency and good stability," says Tiankai Zhang.
Another principal author of the article, Feng Wang, is a junior lecturer at IFM. He points out that perovskite-based solar cells can be used in many ways, and have many areas of applications.
"One advantage of using perovskites is that the solar cells made are thin, which means that they are light and flexible. They can also be semi-transparent. It would be possible, for example, to apply perovskite-based solar cells onto large windows, or building façades. Silicon-based solar cells are too heavy to be used in this way," says Feng Wang.
Source and top image: Linkoping University