SeaTwirl Signs Letter of Intent for Installation in Norway 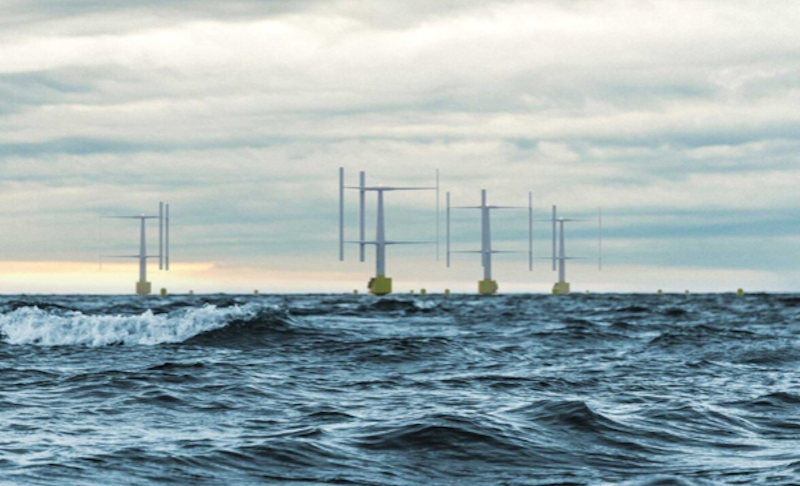 The wind power company SeaTwirl has signed a letter of intent with Westcon Yards for the manufacture and installation of the 1 MW S2x on site in Norway. The agreement marks an important step forward in the S2x project.
Westcon Yards is an established player with decades long history in the marine and offshore industry. The company builds ships and performs repairs on ships and offshore structures at modern facilities at four different sites in Norway. Specifically, Westcon has experience from working on structures with similar thickness steel plates, girders, stiffeners, and complexity as the S2x turbine.
"This is an important step forward in the realization of S2x. We have worked closely with Westcon for a long time to arrange a contract where Westcon can take full responsibility all the way through the installation of S2x. We have great confidence in Westcon and feel that this cooperation will secure not only the production of S2x in 2023 but also strengthen SeaTwirl's position for future larger turbines," says Jonas Boström, CTO of SeaTwirl.
"Securing partners with the ability to support us beyond the S2x project is important for realising our vision of becoming a leading supplier to large offshore wind farms. We look forward to work with Westcon Yards," says Peter Laurits, CEO of SeaTwirl.
SeaTwirl's wind turbines use a vertical-axis wind turbine with a tower connected to the sub-sea structure, consisting of a floating element and a keel. As the energy of the wind causes the turbine to rotate, the structure maintains its stability by using the keel and the counter turning moment, similar to the function of a keel on a sailboat. The wind turbine, the tower and the sub-sea part are assembled and rotate as one unit. Around the tower, above the water surface but below the wind turbine, is an enclosed, stored generator housing that is static or non-rotating. The generator housing and the wind turbine are anchored safely to the seabed by several catenary mooring lines.
SeaTwirl turbines can be sited in areas that are currently out of reach for offshore wind turbines (that are limited to a depth of about 50-60 metres). SeaTwirl turbines can be anchored much deeper than 50-60 metres. This means that SeaTwirl can be sited where winds are stronger and more reliable, says the company.Research and scientific reports also show that vertical-axis wind turbines have a high structural limit and can be built larger than horizontal-axis wind turbines.
At Elitkomposit in Uddevalla, the test run for the production of blades for SeaTwirl S2x have just finished and evaluated. As a customer, SeaTwirl follows the process closely to ensure the quality of the finished 40-meter blades.
"We made a two-metre-long test section in the real mould to practice the process. To make 40-metre blades in a relatively thick carbon fibre laminate is not without difficulty. There can easily appear air pockets and such things. So, for us the test run is a way to minimize the risk in the process," says Martin Rosander, head of blades and struts at SeaTwirl.
With lessons learned from the test, production of the real blades will begin during the fall. The blades will be manufactured in two parts which are then bonded together. With one mould, the process will be repeated six times for three blades. Since carbon fibre is vulnerable to lightning strikes, the blades are covered in a copper mesh that will conduct the current.
"It is the same technology the aerospace industry uses. Since carbon fibre do conduct electricity, but not very well, it tends to get damaged if lightning strikes. Therefore, we need to protect it with a layer of perforated copper," says Martin Rosander.
The 25-meter struts are being manufactured at Aston Harald in Hönö with the same process. First a test run where lessons are learned and implemented in the real production. "Moulds for the struts have been ordered and are on their way to Hönö. The plan is to start laying laminate in the fall," says Martin Rosander.
For further information on energy harvesting research and for a full list of market research reports from IDTechEx, please visit www.IDTechEx.com