Electric bicycles and ebikes - the next ten years 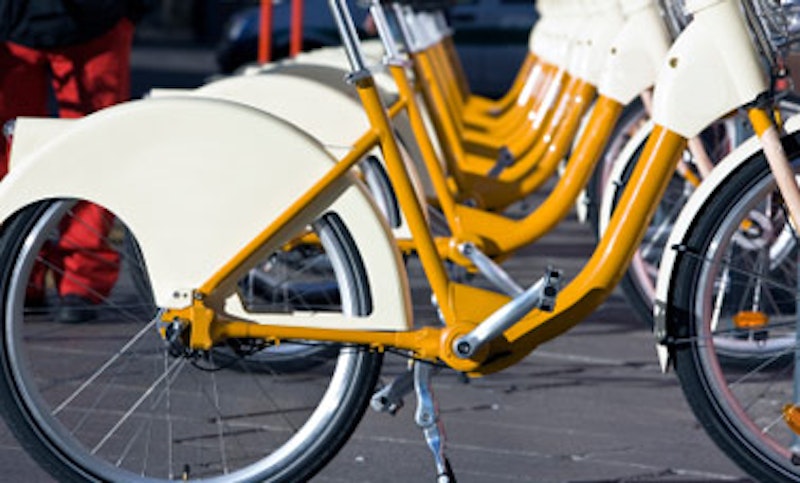 IDTechEx has issued another report in its series on the various types of electric vehicle - hybrid and pure electric - and their future entitled Light Electric Vehicle (LEV) Industry Worldwide 2011-2021. Electric vehicles by land, water and air will be a market of over $210 billion in ten years from now. The segments of this market are very different in certain respects yet they increasingly share some technical challenges and vehicle and component suppliers. This report concerns electric bicycles, ebikes and other Light Electric Vehicles (LEVs) that constitute an important part of the overall EV business. Other reports in the series cover aircraft, marine, buses/taxis, military/police/security and cars.
Written by the world's leading expert on LEVs, with the longest track record, this LEV report looks closely at global trends in their technology, manufacture and market drivers such as legislation. IDTechEx has added forecasts and other material. The analysis is balanced, with negative factors exposed such as several Chinese cities banning or severely restricting LEVs. The LEV industry is growing fast, with greatest strength in China today, but also clearly emerging fast in the rest of the world. Up until the last couple of years, ebike sales were concentrated in China, Japan, and the EU. In the last few years, nearly every nation has bought ebikes from China, and in some cases, the volumes are now significant. Sales will reach 130 million yearly before 2025, make it one of the world's largest industries. The 194 page report encompassing over 70 brands gives forecasts of sales numbers, unit prices and total market value for 2011-2021. 13 market drivers are balanced against many negative factors that are discussed in the report, which has 53 figures and tables and detail on standards and legislation.
LEVs are one of the largest and fastest growing electric vehicle markets. A Light Electric Vehicle (LEV) is a land vehicle propelled by an electric motor that uses an energy storage device such as a battery or fuel cell, has two or three wheels, and typically weighs less than 100kg. Most LEVs are and will remain ebikes. These are Power on Demand bikes controlled with a throttle. A significant percentage of ebikes sold are scooters in that they have the driver's feet rest on a platform - they are not straddled by the driver.
Today, the LEV industry is dominated by large bicycle companies, due to their access to distribution. We explain why, in the future, these companies will face major competition from, and may be pushed aside by car, motorcycle, and car parts companies. Supply chains for motors, batteries, chassis parts, and nearly every LEV component exist in Asia, primarily in China, Taiwan, Japan, and newly emerging South Korea. We reveal where the highest profits will be obtained in future and the opportunities in components as these change with lithium-ion batteries of several generations and supercapacitors being increasingly employed, for example. The more demanding future technical requirements of users and standards are investigated.
Adjoining sectors are also discussed such as heavy electric motorcycles and the bigger sector of mobility vehicles for the disabled, where ten year forecasts are presented. New crossover vehicles between LEVs and these sectors are presented.
Top image: Intercontinental Hotel Group
For more read Energy Harvesting and Storage for Electronic Devices 2011-2021
And attend Energy Harvesting & Storage and Wireless Networks & RTLS Europe 2011
Learn more at the next leading event on the topic: Energy Storage Innovations USA 2020