Sensor networks are supposed to pervade the body of airplanes in the future - much like a nervous system. Thanks to a joint research project of EADS Deutschland GmbH (Germany) and the Vienna University of Technology, the single sensor elements do not require any external power supply.
Aircraft maintenance can be time consuming and expensive. It is much simpler if the airplane itself reports where maintenance is required. The best solution is an approach for the sensor network, which even provides its own power supply and is therefore independent of electrical wiring - and this is what has now been developed by EADS Deutschland GmbH (Germany), in cooperation with the Institute of Sensor and Actuator Systems at Vienna University of Technology (TU Vienna). For each individual sensor, electricity is produced by a thermoelectric generator with a small water tank, storing thermal energy. The electricity is simply generated from the temperature difference between the icy cold air in high altitudes and the water -based heat storing unit (and vice versa). This novel approach for providing locally the energy for the operation of the sensor network could not only facilitate aircraft maintenance, but also increase comfort for travellers.
Even small collisions can easily lead to damage in the body of the aircraft. On aluminum bodies, a slight dent may be visible - but on modern carbon materials, it is much harder to detect damage. Tiny, invisible cracks may appear, which are very hard to detect. With suitable sensors connected directly to the body of the aircraft, this could be constantly monitored. "A major problem with these sensors is the energy supply. Wiring up hundreds of sensors in the aircraft body is complicated and expensive", professor Ulrich Schmid from the Institute for Sensor and Actuator Systems at TU Vienna explains. For this reason, he - together with Dominik Samson and professor Thomas Becker (EADS Germany) - developed the idea of the "thermoelectric energy harvester" as an energy source, in order to be completely independent of batteries and wiring. 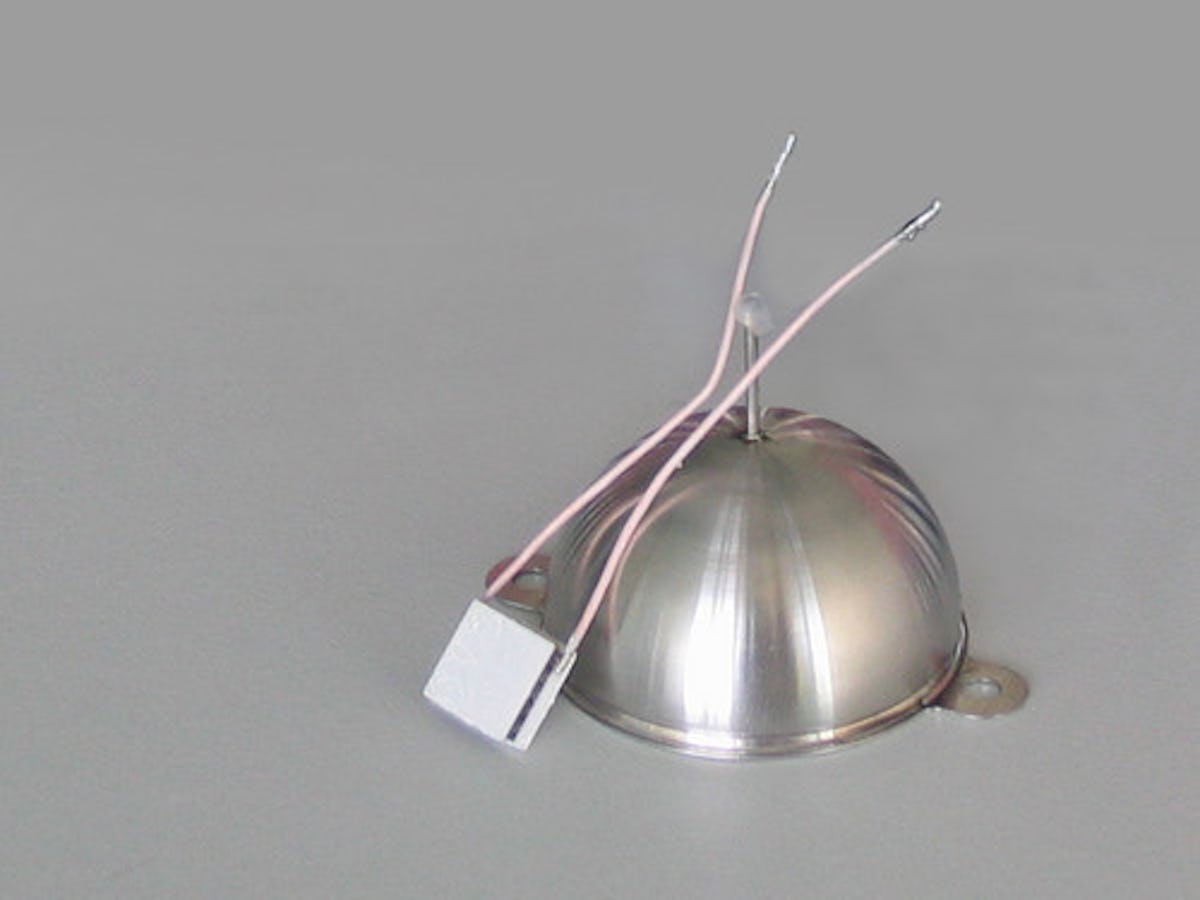 When an airplane rises to an altitude of thousands of meters, the exterior wall cools down fast. "From the temperature difference between the exterior and the interior, we can harvest energy for the sensor element, using a thermoelectric generator", Dominik Samson explains. In the energy-harvester module, there is a little water tank which can store heat from the ground for a while. Water is especially well suited for this task, because it can store large quantities of energy in terms of heat. The inner part of the module with the water tank is connected to the cold part of the aircraft body via the thermoelectric generator. Therefore, a gradient in temperature arises at the generator, which can be used to create an electrical output voltage. During landing, it works the other way around: The plane heats up again, whereas the inner part of the module is still cold - and again, electricity can be produced.
Whenever there is no thermoelectric current, for instance right after takeoff and during the landing, sophisticated electronics controls storage and transfer of electrical energy. The electronics and the components which create electricity only consume very little space: They fit on the palm of a hand and can easily be integrated into the aircraft body. The size can be adjusted for the individual energy demand of different applications.
The data collected by the sensor can be transmitted wirelessly. During one flight, the energy harvester can provide the energy of eight to ten milliwatt hours - which is sufficient for a wireless sensor node. "A plane has a durability of roughly thirty years. If the sensors were operated with batteries, each of them would use up about one hundred batteries during this time", Dominik Samson estimates. Using a large number of sensors, this would not only require costly maintenance but it would also create unnecessary amounts of waste.
The concept of generating electricity in the airplane by utilizing differences in temperature could also be used for other purposes. Sensors could monitor whether the passengers have fastened their seatbelts or whether the tables are in an upright position. At the push of a button, a wireless signal could be transmitted to the flight attendants - without expensive and complicated wiring, just powered by the body heat of the passengers. "The first and most important step has been taken. We are confident that this wireless sensor technology based on the thermoelectric harvester module will find its way on board of many airplanes soon", Ulrich Schmid says.
Source and images: Vienna University of Technology
For more read Energy Harvesting and Storage for Electronic Devices 2011-2021
And attend Energy Harvesting & Storage and Wireless Networks & RTLS USA 2011