Infinite Power Solutions, Inc. (IPS)—a U.S. clean-technology company—is a manufacturer of solid-state, rechargeable, thin-film batteries for embedded power applications. IPS has launched a new family of products - the THINERGY MEC200 series micro-energy cells (MECs). The MEC200 family features a new encapsulation and terminal design which makes the batteries easier to handle and to integrate within applications. The positive and negative terminals are now on the same side of the cell and are larger, making the cells easier to stack and connect to the system. The batteries are paper thin with a total thickness of only 0.17 mm. 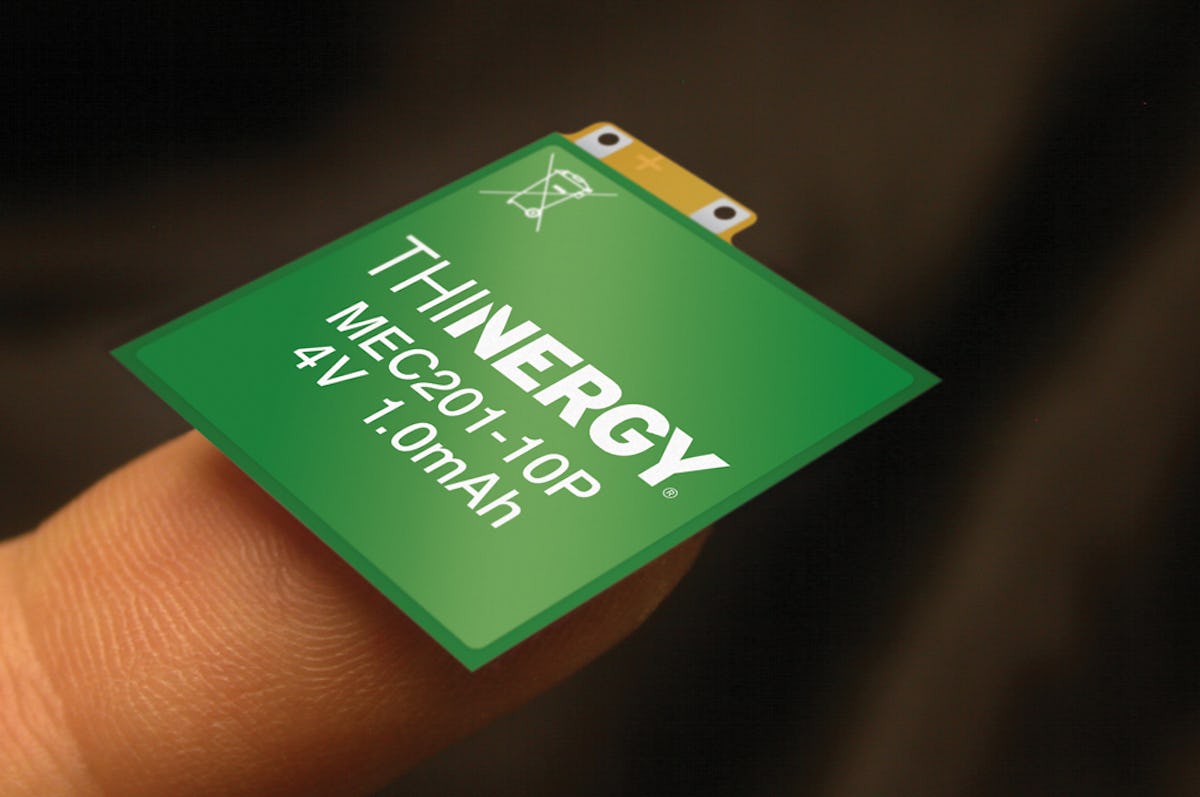 The 4.1V MEC200 series products are offered in varying sizes, with continuous discharge currents ranging from 7mA to 100mA, enough to power a variety of wireless sensors, powered cards, or other low power electronic systems. In addition, IPS now rates the batteries for 100,000 shallow recharge cycles, which is common in ambient energy harvesting applications. This separates MECs from conventional rechargeable batteries, that are limited to hundreds of recharge cycles, limiting their lifetime. To put this into perspective, if the THINERGY MEC cycles once a day, the lifetime would be a staggering 273 years. The batteries are also rated for 10,000 deep discharge cycles, which equates to more than 27 years of life when deep cycled daily. 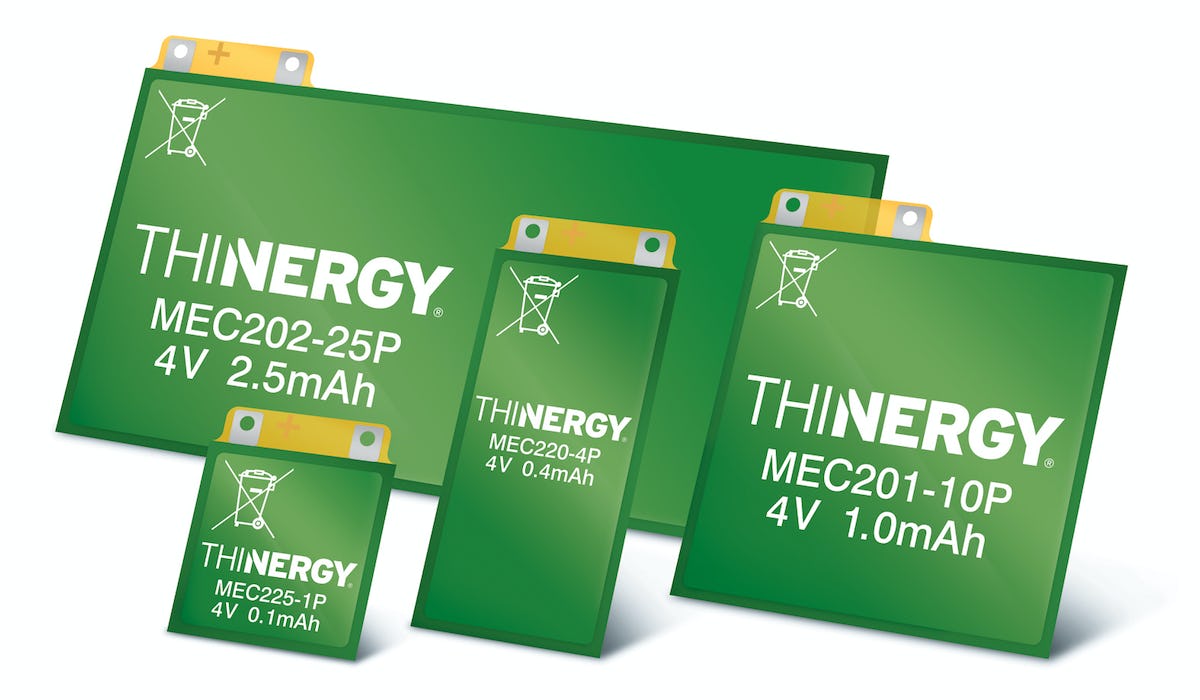 A supercapacitor is sometimes considered for applications with high cycling requirements, but the challenge is their high leakage current, particularly when powered by energy harvesters with a low current input. For example, typical supercapacitors may have leakage currents of 10 or more microAmps, depending on the size of the supercap. When the input current from the energy harvester is only 10 microAmps or less, the supercapacitor is not a feasible energy storage solution. In contrast, the leakage current of a THINERGY MEC is ~1,000 times less, making it ideal for low current energy harvesting applications. Speaking to IDTechEx, Tim Bradow, VP Marketing at IPS, said that leakage current is a huge problem for supercapacitors for low power energy harvesting applications. Based on leakage current specifications, a supercapacitor may fully self-discharge in a few days, while a THINERGY MEC would take 100 years.
Another unique benefit of solid-state thin film batteries is their ability to work at low temperatures. Conventional batteries with a liquid electrolyte can freeze and even burst their battery case. As the temperature reduces, internal cell resistance increases. Having a solid state electrolyte, there is no issue of the battery case breaking. While you still have internal resistances increase with lowering temperature, the battery continues to operate in very cold conditions, still delivering current at minus 40 degrees Celsius. In such cases you may couple the battery with a capacitor where a high current pulse is needed, for example to power a radio transmitter in a wireless sensor. Power management ICs are now available to support this mode of use.
For more information go to www.InfinitePowerSolutions.com