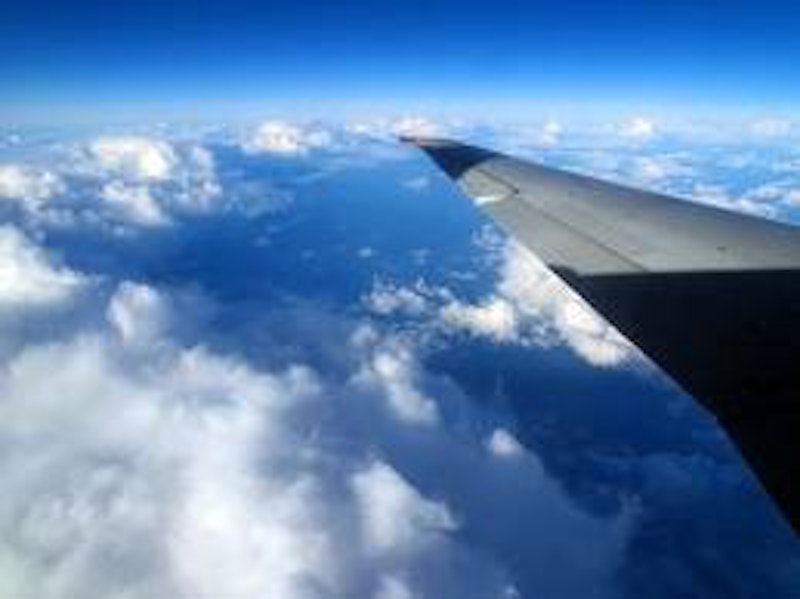 Solar powered aircraft are old news. From Solar Impulse supporting one person day and night with nothing but photovoltaics on the wings to the high altitude unmanned aircraft being developed by Boeing to stay aloft in the upper atmosphere for five years on nothing but sunshine, it is all very exciting. However, if we benchmark what is happening with other electric vehicles such as Autonomous Underwater Vehicles AUV, then multiple energy harvesting should be the order of the day, even with aircraft. Indeed, some Electroflyer electric aircraft already work the motor backwards in thermals to charge the battery. This idea should be developed further and combined with the familiar solar power to improve the continuity of energy supply and the amount, even exporting energy to earth. After all, humble electric buses are about to add regenerative shock absorbers to the regenerative braking and the occasional solar panel in their energy harvesting toolkit.
Enter IFO-Energy Unlimited in Hungary, creators of an untethered, autonomous flying wind power plant, who describe it as follows. There are at least three well known problems of conventional wind energy production, firstly there are fluctuations and the unsteady nature of surface winds and these fluctuations in wind energy production put stress on the power system so capacity reserves (surplus power plants) are necessary to ensure system reliability.
The company points out that another problem of wind power plants is their low efficiency. A wind turbine will generate around 20-30% of its maximum rated capacity depending on the location of the plant, which means that if we want to utilize wind power in large volumes we have to build wind power plants as far as the eye can see.
The third common problem is that wind power suffers from a lack of energy density, that is, not only large numbers of wind generators (and thus large land areas) are required to produce useful amounts of electricity but huge dimensions too. Therefore, the idea of harnessing high altitude winds blowing at 10,000 meters altitude seems to be promising.

Wind towers or tethered floating devices are not the only way to harvest energy from the atmosphere. Untethered flying units are also capable of harvesting wind energy. In order to do away with tethering, the device would need to use the updrafts and 'dynamic soaring' using the energy in wind gradients commonly used by soaring birds.
The storage of energy would need to be considered and according to one of the possibilities, an air liquefaction machine is set in motion letting the produced liquid air would be the energy storing medium. IFO-Energy believes that there is no need to forward the liquid air to the ground continuously, e.g. by means of a pipeline. It can be done in distinct doses, in so called "quanta", by means of GPS-guided parafoils. Another way is applying molten salt energy storage systems, utilizing heat of fusion. Research is going on all over the world to find even larger heat effects for energy storing, e.g. heat of formation of chemical substances instead of heat of fusion. These investigations are very promising also for IFO's project.
In the simplest case an untethered autonomous flying energy-harvesting unit as well as a receiver ground-station are integral parts of the complete system. These two physically detached parts constitute a logistic unit, and their collaboration according to a fixed timetable ensures the realization of the invention. A ground-station could support several flying units.
The IFO-Energy Unlimited invention is based on several well-known technical solutions, but the result of their synthesis and unique application yield new routes and so far unutilized possibilities in wind energy production. Some of these benefits and possibilities include greater intensity with smaller equipment and because the storing of energy as liquid air is the central idea of the invention that there could always be great reserves of liquid air available at the ground-station. The "warm" heat sink of this thermal power plant is the ambient air, so it does not need a heat up period prior to start. It is always ready to run and can function as a peak-load power plant.
By warming up the liquid air and expanding it we get work at the expense of ambient heat. When this work finally degrades into heat, the thermal balance of the local system is zero. The machines are running, but no waste heat is produced at the point where the energy is used.

Superconductivity is a phenomenon characterized by the resistance of certain materials dropping to exactly zero, when cooled below a critical temperature. It was discovered that some materials have critical temperatures above 90 kelvins. Since the boiling point of liquid air at ambient pressure is 79 kelvins, this means that many commercial applications are feasible using the liquid air produced in virtually boundless amounts by the flying wind power plant. These high-temperature superconductors make it possible to apply high-performance superconducting electric motors and generators, power storage devices, fault current limiters, as well as complex systems such as power stations based on this project.
As liquid air can be the fuel of a thermal power plant, so it can be used as a fuel in the propulsion of vehicles. The benefits can be used in a complex system, namely in urban traffic. In this case, the smaller energy content of the cryogenic fuel is not a serious problem.

Applying a flywheel kinetic energy recovery system (KERS), the demand for external energy can be significantly lowered recovering the energy of the frequent braking. As the high-temperature superconductor technology is already onboard, the possibility arises of benefitting from the advantages of high performance electric motors and power storage devices. Today, everything is ready for the utilization of this technology only the large amount of cheap cryogenic fuel (liquid air rather than liquid nitrogen) is missing. Should this proposal be put into operation, the pollution due to the urban traffic could be eliminated at once.

The invention is based on well-known technical solutions, but the result of their synthesis and unique application has yielded new routes and so far unutilized possibilities in wind energy production. The invention is feasible but the details need significant further R&D, as well as investment. Inevitably, these visions have attracted suspicion that it is another perpetual motion fantasy but IDTechEx analysts agree that it is not. Indeed, Dr. Gábor Dobos of IFO Energy responds,
"I would like to answer your doubts as follows: The device can get to the working altitude by using up a part of the formerly harvested energy. The energy balance is positive, (see e.g.: http://www.dtic.mil/dtic/tr/fulltext/u2/a461327.pdf ) so the source of this energy is given."
What does it react against (Newton's 2nd Law) in order to produce power?
"You probably mean that, if our Wind Power Plant (WPP) is an autonomous flying device, then what exerts the counter force against the wind, ensuring energy production by preventing the wind from sweeping away the device. It is right to ask this, indeed. But you probably have no doubts that the energy needed for other gliders to stay aloft comes from the surrounding air without any contact with the ground. If so, why do you have doubts regarding our gliders? We will do (almost) the same. There is no reason to worry about violating Newton's 2nd Law."
How to maintain altitude?
"The keyword is Dynamic Soaring. Type it in your browser! You will get about 4 million hits, answering all the problems. Please take a look at the small Interactive Real-time Simulation made by Barnes http://www.howfliesthealbatross.com/. It demonstrates that soaring birds using wind gradients are able to fly under any wind conditions in any direction, whilst hardly moving their wings, utilizing mostly wind energy for their flight. This "invention" of the birds is what makes my invention work too."
Generation is easier than storage.
"Temporary energy storage on the plane is the most critical problem of the idea. The invention itself grants a great degree of freedom to the user in choosing the method of energy storage. Practically any kind of physical, chemical, electrical or other solution may be used as an energy storage medium, among them liquid air or batteries too. In the above paper the possible role of liquid air seems to be somewhat overexposed, but one cannot overexpose its potential benefits, in respect to the fact that a completely pollution free technology can be realized. For several years, intensive cryotechnical research has been done to develop light air liquefaction machines, specifically designed for aeronautical and space-applications. (see e.g.: Thomas L. Rreynolds, Thor I. Eklund and Gregory A. Haack: Onboard Inert Gas Generation System /Onboard Oxygen Generation System (OBIGGS / OBOGS) Study. Part II: Gas Separation Technology -State of the Art. NASA/CR-2001-210950 D950-10529-2, 42. p.)
The state of the art in this field is no worse than that of the battery research on enhancing batteries' gravimetric energy density. Of course, the implementation of the "IFO" - concept needs several years of development. But probably no more than the ongoing developments of batteries possessing as high gravimetric energy density as 5 kWh/kg, needed by the electric cars and other EVs, among them electric aircraft. To tell the truth, it's just the same whichever development wins. Each of them can be applied by the IFO."

IDTechEx analysts would go further. It is possible that, long after we have killed the albatrosses through our own stupidity, our grandchildren will soar like albatrosses in truly green airliners.
For more attend, Energy Harvesting & Storage USA 7-8 November 2012 Washington DC, USA, see the IDTechEx report, Electric Aircraft 2012-2022 and contact Dr. Gábor Dobos of IFO Energy in Hungary on dg@ifo-energy-unlimited.com
Learn more at the next leading event on the topic: Electric Vehicle Materials Europe 2020