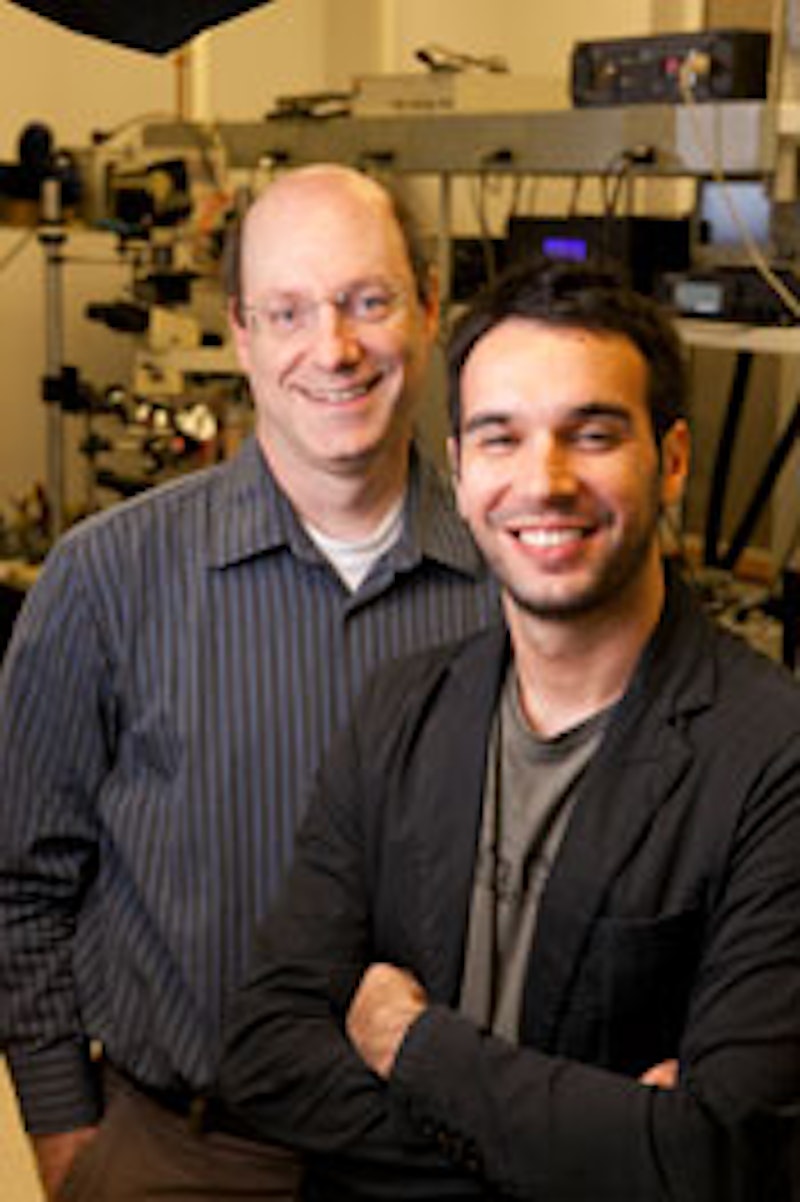 Microscopic metallic cubes could unleash the enormous potential of metamaterials to absorb light, leading to more efficient and cost-effective large-area absorbers for sensor applications or energy-harvesting devices. Metamaterials are man-made materials that have properties often absent in natural materials. They are not so much a conventional material, but a construct that provides exquisite control over the properties of waves, such as light. Creating these materials for visible radiation is still a technological challenge that has traditionally been achieved by lithography, in which metallic patterns are etched onto an inert material, much like an ink-jet printer.
As effective as lithography has been in creating such structures, it does have a limitation - it is very expensive and thus difficult to scale up to the large surface areas that are required for many applications. "Our new approach is more of a bottom-up process," said Cristian Ciracì, research scientist at Duke's Pratt School of Engineering. "It may allow us to create devices - such as efficient solar panels - that cover much larger areas. In our experiments, we demonstrated an extraordinarily simple method to achieve this."
The results of Ciracì and co-workers' experiments, which were conducted in the laboratory of senior researcher David R. Smith, William Bevan Professor of electrical and computer engineering at Duke, were published in the journal Nature. For many applications or devices, the key is the material's ability to control the absorption of waves, such as light. Metals, for example, can be highly reflective on their own, which may be beneficial for some applications, but for something like a solar cells optimal light absorption is desired.
"However, metamaterials based on metallic elements are particularly efficient as absorbers because both the electrical and magnetic properties of the material can be controlled by how we design them," Ciracì said. In simple terms, the new metamaterial developed by the Duke team has three major components - a thin layer of gold film coated with a nano-thin layer of an insulator, topped off with a dusting of millions of self-assembled nanocubes. In the case of the current experiments, the nanocubes were fabricated out of silver.
"The nanocubes are literally scattered on the gold film and we can control the properties of the material by varying the geometry of the construct," Ciracì said. "The absorptivity of large surface areas can now be controlled using this method at scales out of reach of lithography which would otherwise be required to manipulate matter at the nanometer scale."
While metals on their own tend to have reflective properties, the nanocubes act as tiny antennae that can cancel out the reflectance of the metal surface. "By combining different components of the metamaterial elements together into a single composite, more complicated reflectance spectra could be engineered, achieving a level of control needed in more exotic applications, such as dynamic inks," Ciracì said.
Source and top image of David Smith, left, and Cristian Ciraci: Duke University
For more read Energy Harvesting and Storage for Electronic Devices 2012-2022
And attend Energy Harvesting & Storage Europe 17-18 April 2013, Berlin, Germany