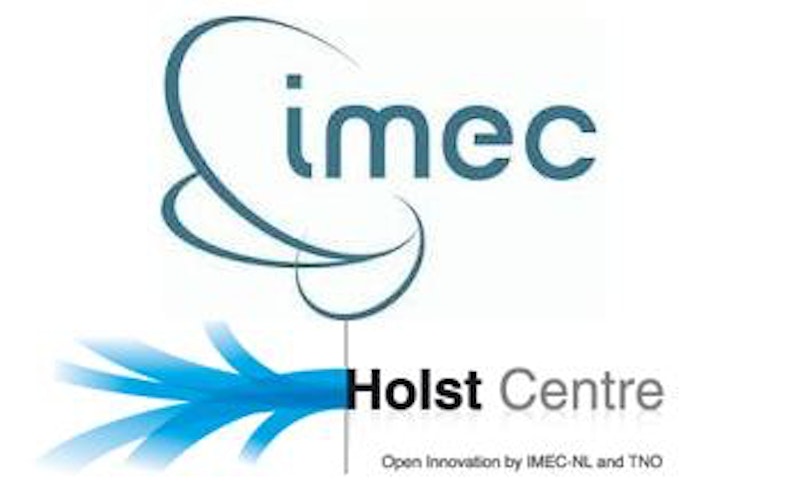 Imec and Holst Centre have used a secondary mass-spring system to increase the power (or bandwidth) of a MEMS-based energy harvester. They demonstrated power amplification up to a factor of 51 by simply placing a packaged harvester on top of a thin metal beam. The presented solution can easily be implemented in real applications, for which the power (or bandwidth) generated by the original MEMS harvester is insufficient.
Vibration energy harvesters rely on the amplification of an input vibration by putting a seismic mass at mechanical resonance. The mechanical energy of the resonating mass is then partly converted into electrical energy, e.g. by a variable capacitor (electrostatic harvester) or by a piezoelectric capacitor (piezoelectric harvester). The power output typically ranges from 50 up to 500µW. Imec and Holst Centre now present a method to amplify the power output or the bandwidth of such a harvester by placing the packaged MEMS harvester on a steel beam. This is analogous to adding a second mass and spring to the original harvester mass-spring system. This method is very useful for applications for which the vibrations are too small to generate useful power, or for applications with sinusoidal vibration sources such as engines, for which the bandwidth of the harvester is too small.
By adding a second mass-spring system, a coupled oscillator is created in which the second mass consists of the mass of the package of the harvester and the mass of the additional beam. The presence of this system splits the original resonance frequency of the harvester into two frequencies. By tuning the ratios of the masses (ratio=α) and spring constants (ratio=β) of both systems (harvester and beam/package), the two amplitudes can get larger than the original amplitude of the harvester. For a steel beam of only a few cm's long, this happens when the mass of the harvester (typically 0.039g) is 100 times smaller than the sum of the masses of beam and package. By using this method, power amplification up to a factor of 51, leading to a sensitivity of 1.2mW/g2 has been demonstrated for a piezoelectric harvester.
The researchers also investigated the feasibility of implementing the additional mass-spring system in real applications where other electronics are needed. A possible embodiment is to place a steel beam on top of a PCB, on which the ICs as well as the rechargeable battery are placed. They found that the maximum vibration amplitude of the metal beam is around 50µm, requiring only minimal extra volume. It will thus be easy to integrate the proposed setup in e.g. an existing wireless sensor node.
For more read Energy Harvesting and Storage for Electronic Devices 2012-2022
And attend Energy Harvesting & Storage Europe 17-18 April 2013, Berlin, Germany