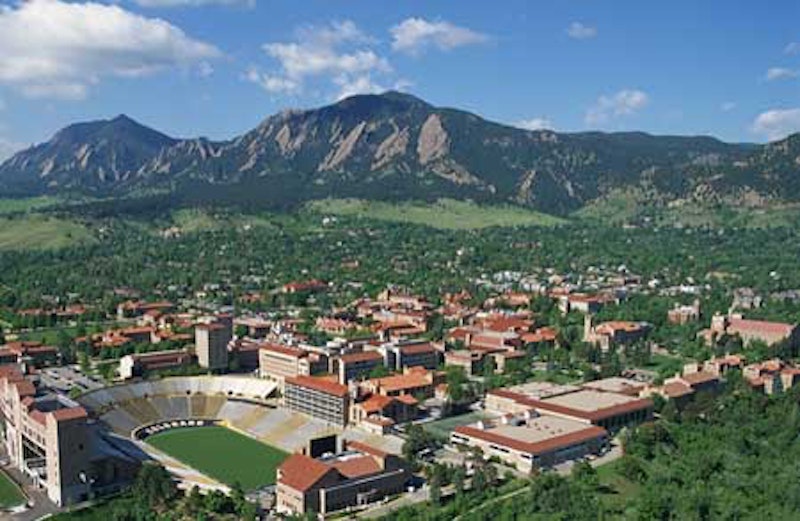 A cutting-edge battery technology developed at the University of Colorado Boulder that could allow tomorrow's electric vehicles to travel twice as far on a charge is now closer to becoming a commercial reality.
CU's Technology Transfer Office has completed an agreement with Solid Power LLC—a CU-Boulder spinoff company founded by Se-Hee Lee and Conrad Stoldt, both associate professors of mechanical engineering—for the development and commercialization of an innovative solid-state rechargeable battery. Solid Power also was recently awarded a $3.4 million grant from the U.S. Department of Energy's Advanced Research Projects Agency-Energy for the purpose of creating a battery that can improve electric vehicle driving range.
The rechargeable batteries that are standard in today's electric vehicles—as well as in a host of consumer electronics, such as mobile phones and laptops—are lithium-ion batteries, which generate electricity when lithium ions move back and forth between electrodes in a liquid electrolyte solution.
Engineers and chemists have long known that using lithium metal as the anode in a rechargeable battery—as opposed to the conventional carbon materials that are used as the anode in conventional lithium-ion batteries—can dramatically increase its energy density. But using lithium metal, a highly reactive solid, in conjunction with a liquid electrolyte is extremely hazardous because it increases the chance of a thermal runaway reaction that can result in a fire or an explosion.
Today's lithium-ion batteries require a bulky amount of devices to protect and cool the batteries. A fire onboard a Boeing Dreamliner in January that temporarily grounded the new class of plane was linked to its onboard lithium-ion battery.
Lee and Stoldt solved the safety concerns around using lithium metal by eliminating the liquid electrolyte. Instead, the pair built an entirely solid-state battery that uses a ceramic electrolyte to separate the lithium metal anode from the cathode. Because the solid-state battery is far safer, it requires less protective packaging, which in turn could reduce the weight of the battery system in electric vehicles and help extend their range.
Research into the development of solid-state batteries has gone on for a couple of decades, but it has been difficult to create a solid electrolyte that allowed the ions to pass through it as easily as a liquid electrolyte.
"The problem has always been that solid electrolytes had very poor performance making their use in rechargeable batteries impractical," Stoldt said. "However, the last decade has seen a resurgence in the development of new solid electrolytes with ionic conductivities that rival their liquid counterparts."
The critical innovation added by Lee and Stoldt that allows their solid-state lithium battery to out-perform standard lithium-ion batteries is the construction of the cathode, the part of the battery that attracts the positively charged lithium ions once they're discharged from the lithium metal. Instead of using a solid mass of material, Lee and Stoldt created a "composite cathode," essentially small particles of cathode material held together with solid electrolyte and infused with an additive that increases its electrical conductivity. This configuration allows ions and electrons to move more easily within the cathode.
"The real innovation is an all-solid composite cathode that is based upon an iron-sulfur chemistry that we developed at CU," Stoldt said. "This new, low-cost chemistry has a capacity that's nearly 10 times greater than state-of-the-art cathodes."
Last year, Lee and Stoldt partnered with Douglas Campbell, a small-business and early-stage product development veteran, to spin out Solid Power.
"We're very excited about the opportunity to achieve commercial success for the all solid-state rechargeable battery," said Campbell, Solid Power's president. "We're actively engaging industrial commercial partners to assist in commercialization and expect to have prototype products ready for in-field testing within 18 to 24 months." Important to the early success of the company has been its incubation within CU-Boulder's College of Engineering and Applied Science's applied energy storage research center, a part of the college's energy systems and environmental sustainability initiative.
Solid Power is a member of Rocky Mountain Innosphere, a nonprofit technology incubator headquartered in Fort Collins, Colo., with a mission to accelerate the development and success of high-impact scientific and technology startup companies.
"We're very excited to be working with Solid Power's team to get them to the next level," said Mike Freeman, Innosphere's CEO. "This is a big deal to Colorado's clean-tech space. Solid Power's batteries will have a huge impact in the EV market, and they have a potential $20 billion market for their technology."
Source and top image of the University: University of Colorado Boulder
For more read Energy Harvesting and Storage for Electronic Devices 2012-2022
And attend Energy Harvesting & Storage USA 20-21 November 2013, Santa Clara, USA