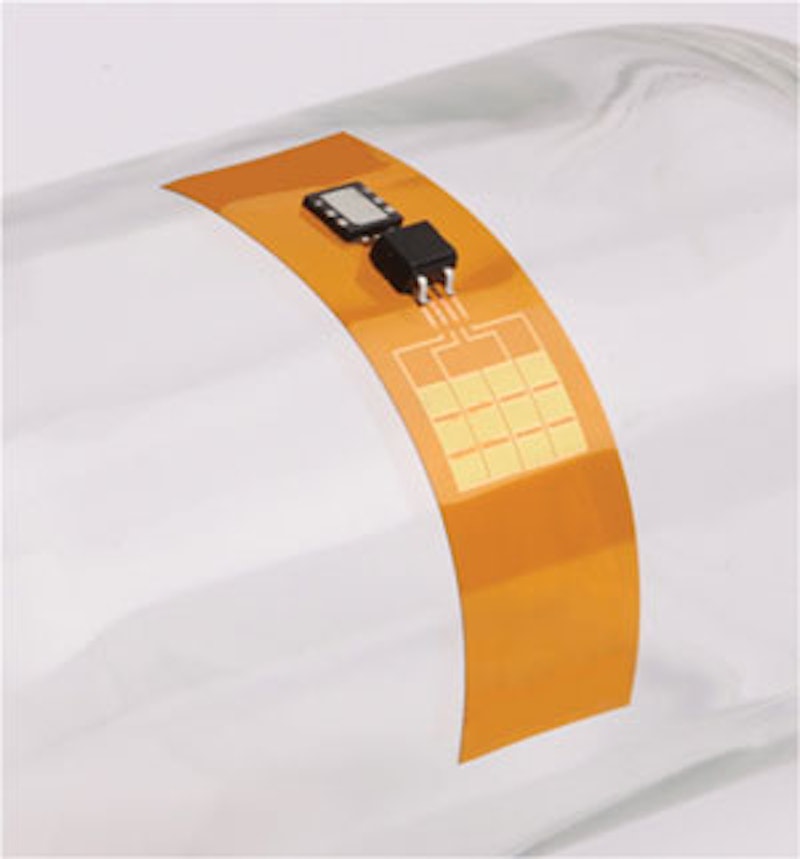 A flexible piezoelectric implant that harnesses energy from the body's natural motions has been developed by researchers in the US and China. The team hope that, one day, such a device might supply the necessary electricity for various medical implants. Tests on cows and sheep suggest their device can already harvest enough energy from the beating of the heart to power a modern cardiac pacemaker.
From cochlear implants to implantable defibrillators, electronic devices have been developed to perform many functions inside the human body. At present, they almost all rely on some kind of battery that eventually runs down. For a pacemaker, this happens in 6-10 years. Changing the battery inevitably requires further surgery, which can be risky and expensive.
A device able to generate power could, in principle, operate forever. The most obvious energy source in the body is some type of regular movement such as that of the heart, lungs or diaphragm. But the requirements for a mechanical energy harvester are severe - it needs to generate enough electricity to power the implant without interfering with the natural motion of the body. This is a particular concern if an energy harvester is attached to the heart, as applying pressure to the outside of the heart can lead to an irregular heartbeat - the very condition cardiac pacemakers are usually implanted to treat.
A group led by John Rogers at the University of Illinois at Urbana-Champaign have developed a flexible, piezoelectric patch that harvests the mechanical energy of a beating heart. The implant contains a film made of 500nm thick ribbons of lead zirconate titanate (PZT) surrounded by gold and platinum electrodes. PZT is piezoelectric, meaning a voltage develops across it when it is bent. The output is used to charge a tiny battery integrated into the device, and the whole thing is encased in a layer of polyimide to make it biocompatible.
The researchers tried out the patches by stitching them in different orientations onto the hearts of anaesthetised sheep and cows. The voltage they produced was almost exactly what they had predicted theoretically, and the implants did not obviously interfere with the natural beating of the heart.
They found that, when stitched at the optimal orientation onto the right ventricle, their device generated up to 0.18μW/cm2 power. State-of-the-art pacemakers can run on as little as 0.3μW - a power output the team achieved by stacking multiple piezoelectric layers on top of one another. The team has now received ethics committee approval to leave the patches in place and wake the animals up, allowing them to monitor their behaviour over months or even years to check that the devices continue to work properly and do not unduly affect the animals. "If you want to do a cardiac pacemaker, it only makes sense if your device lasts much longer than ten years,'"explains Rogers, "That's pretty daunting in terms of biocompatibility, so we just need to work through that process of seeing what happens over time."
Materials scientist and engineer Zhong Lin Wang of Georgia Institute of Technology in the US, an expert in harvesting mechanical energy, is impressed. "This opens the possibility of fully using the mechanical energy in the human body for sustainably driving biosenors and biodevices,'"he says. "It has high impact, great significance and outstanding applications."
Source and top image: Royal Society of Chemistry
For more read Energy Harvesting and Storage for Electronic Devices 2014-2024, Forecasts, Technologies, Players
And attend Energy Harvesting & Storage USA 1-2 April 2014, Berlin Germany, USA