Industrial designer Naomi Kizhner has created a range of jewellery which harvests energy from the wearer. A graduate student from Hadassah College in Jerusalem, Energy Addicts was her final year project.
According to the designer's website, the project seeks to describe a possible future in which there is a marked depletion of natural resources and the solution is to harvest energy straight from the body. Kizhner created a series of three devices whose purpose is to harvest energy directly from the human body using motions such as blinking, blood pressure and nerve activity.
The first device, Blinker, harvests energy from blinking. It sits on the bridge of the nose and across the eyelids to harvest the movement of the eyes and lashes. 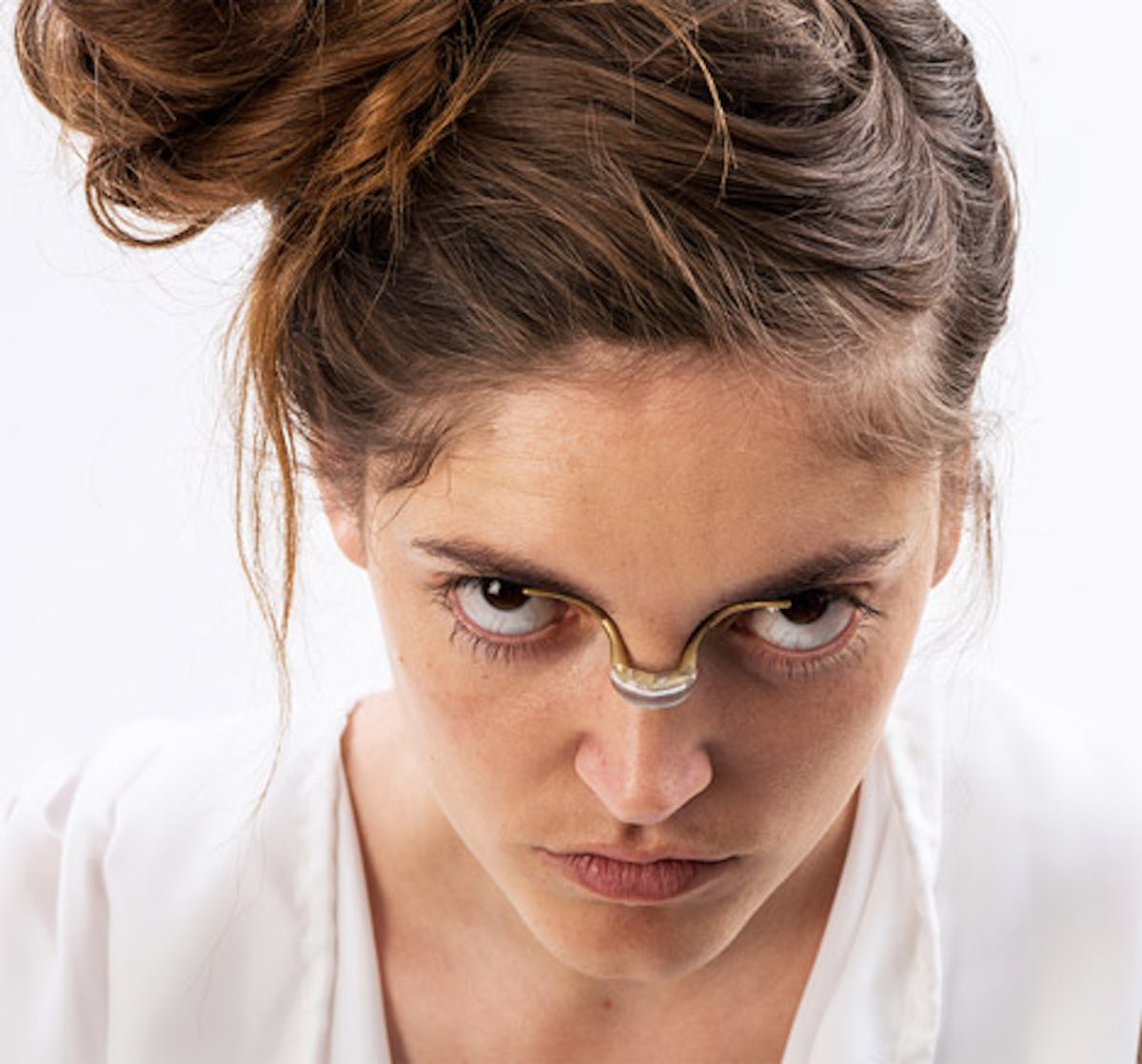 The second piece of jewellery, Blood Bridge, harvests energy from blood flow and includes needles that are inserted into the skin allowing the blood to pass through a miniature turbine to produce energy. 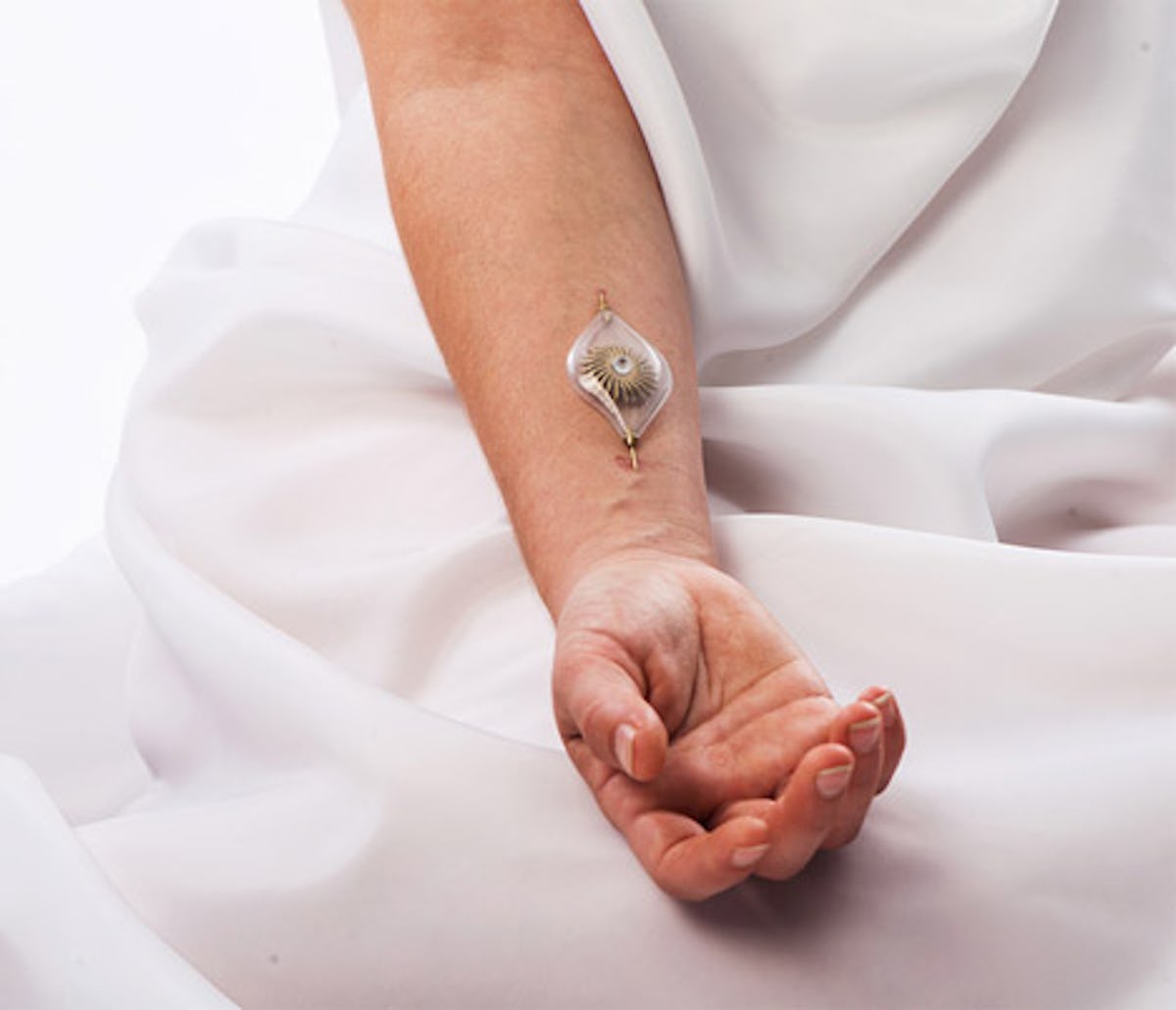 The final piece, Pulse Conductor, is inserted into the veins near your spine and picks up electrical pulses. 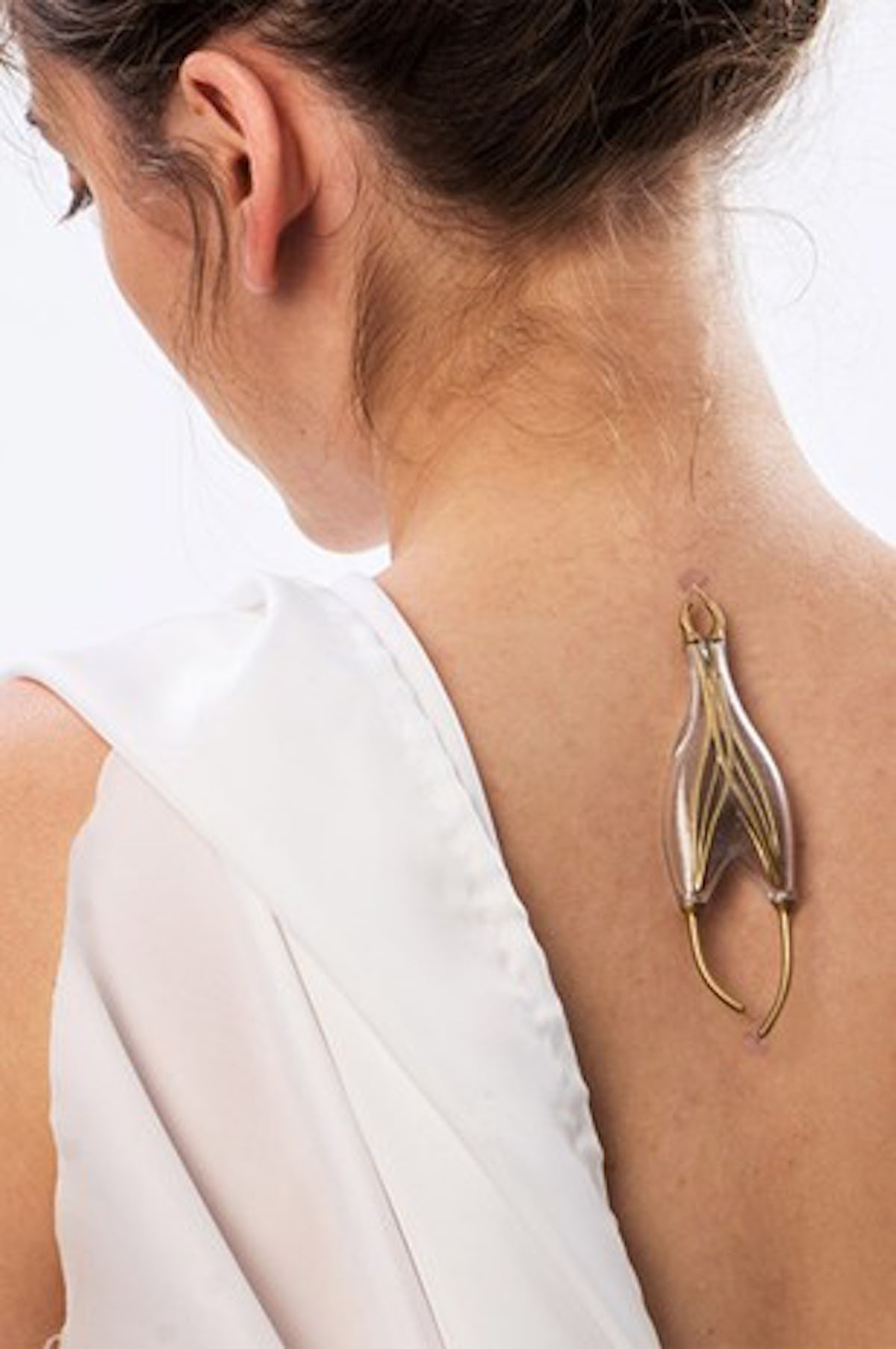 The idea is good. But for the publicity,it needs sanitary concept.