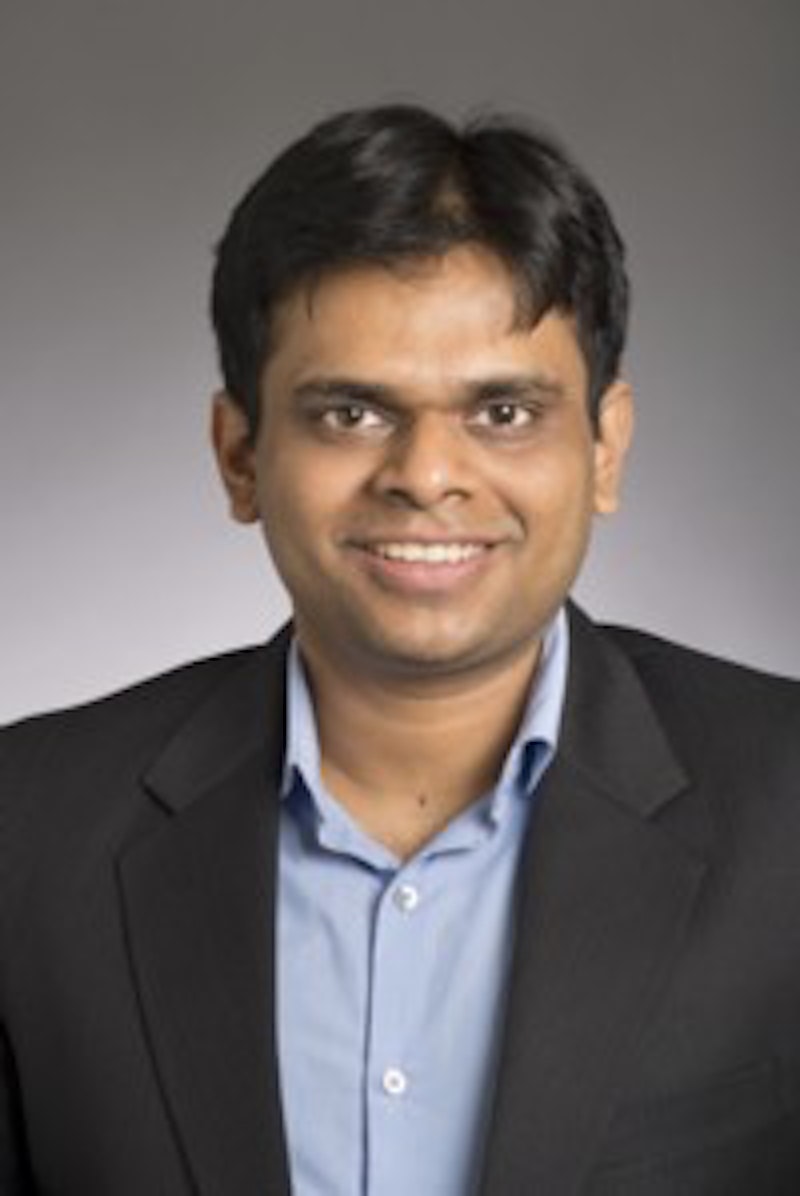 Carnegie Mellon University's Venkat Viswanathan and a team of researchers have reduced the problem of sudden death in lithium air batteries through the addition of water, increasing their energy storage capacity by five times.
"We could not get all the energy out of these batteries because of sudden death," said Viswanathan, an assistant professor of Mechanical Engineering. "That was the ugly aspect of this battery."
Sudden death causes lithium air batteries to die prematurely. The batteries require lithium, oxygen, and an electron to move inside the battery to reach the active site where the reaction produces energy. As the battery operates, however, the lithium and oxygen form lithium peroxide films that produce a barrier and prevent electron movement to the active site, resulting in sudden death and a reduction in the battery's storage capacity.
Lithium air batteries are an exciting research frontier because they could store at least twice as much energy as lithium ion batteries, which are currently the most common battery used in many consumer products, ranging from cell phones and laptops to electric vehicles. The potential of lithium air batteries lies in replacing one of the battery materials, the cathode, with air, making lithium air batteries lighter than lithium ion batteries. The lighter the battery, the more energy it can store. In addition, lithium air batteries have the potential to increase safety.
Viswanathan and IBM researchers Nagaphani B. Aetukuri, Jeannette M. García, and Leslie E. Krupp; University of California, Berkeley Assistant Professor Bryan D. McCloskey; and Alan C. Luntz of the SLAC National Accelerator Laboratory discovered that adding water to the battery decreases the sudden death phenomenon. They published their results in Nature Chemistry.
Water selectively dissolves the lithium peroxide, and the dissolved lithium and oxygen move to a toroidal depository in the cathode, removing the barrier to electron movement, before reforming into lithium peroxide.
"This allows for five times the capacity of the original case," said Aetukuri.
While water is a temporary solution, it is eventually consumed and results in parasitic products that reduce battery efficiency. Viswanathan and McCloskey are currently searching for an additive other than water, which will result in increased battery capacity and efficiency. However, the addition of water is a large step forward in lithium air battery technology.
"This additive opens up the opportunity to be able to reach a much higher energy density than a lithium ion battery, and once we perfect the design, we can compete with lithium ion batteries," said Viswanathan.
Source and top image of Venkat Viswanathan: Carnegie Mellon University
For more attend Energy Harvesting and Storage Europe April 28-29 Berlin, Germany