The energy yield of SolaRoad, the first road in the world that generates solar electricity, is beyond expectation. "We did not expect a yield as high as this so quickly." Says Sten de Wit, spokesman of SolaRoad. "The bike road opened half a year ago and already generated over 3,000 kWh. This can provide a single-person household with electricity for a year, or power an electric scooter to drive of 2.5 times around the world. If we translate this to an annual yield, we expect more than the 70 kWh per square meter per year, which we predicted as an upper limit in the laboratory stage. We can therefore conclude that it was a successful first half year." SolaRoad was developed by TNO, the Province of Noord-Holland, Ooms Civiel and Imtech. 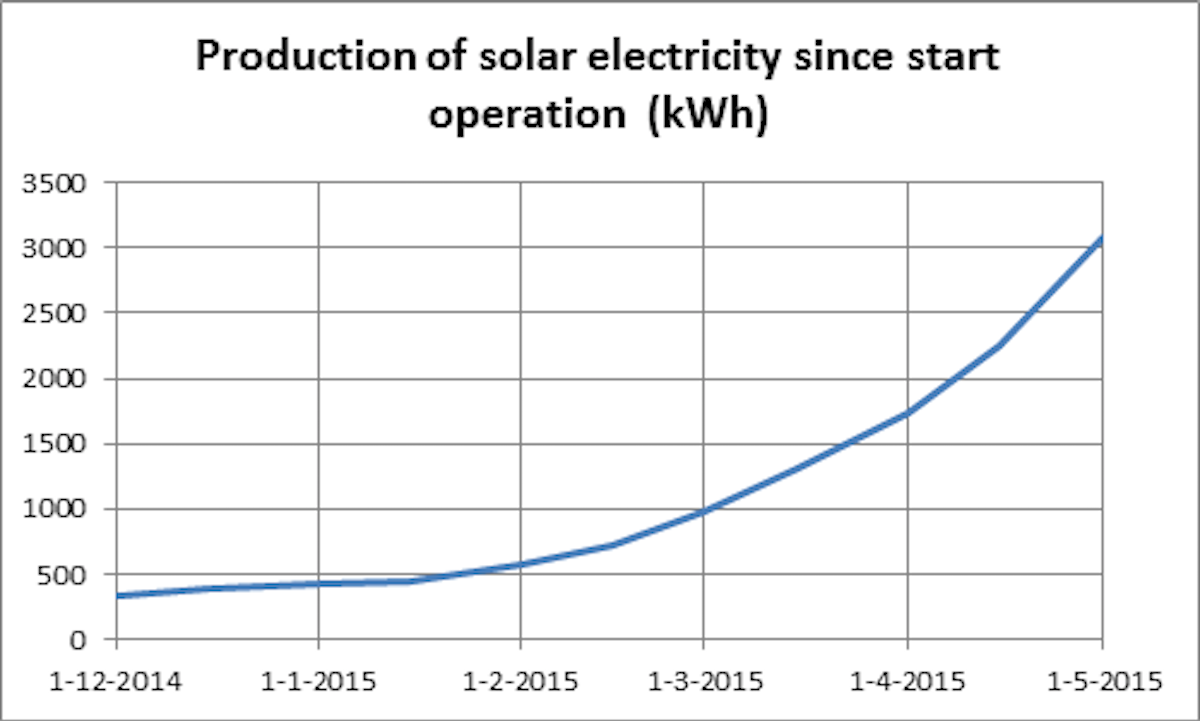 Improvements and acceptance
SolaRoad is in a pilot phase for a three year period, where various measurements and tests are being performed as input to further development. One of the goals of the field test in Krommenie is the detection and curing of teething issues at an early stage. At the end of December 2014 and in early Spring of 2015 a small section of the coating the SolaRoad cycle path delaminated. Research has shown that large temperature fluctuations can cause local delamination due to shrinkage in the coating. Repairs have been made and the development of an improved top layer is now in an advanced stage. Since the opening, more than 150 000 cyclists crossed SolaRoad. They hardly notice it is a special path, therefore the goal of acceptance has also been achieved.
Follow-up
Since the official opening in November 2014, SolaRoad has attracted significant national and international attention and interest. Meanwhile, discussions about follow-up pilots are taking place with other provinces in the Netherlands. The province of North Holland has signed a cooperation agreement with the US state of California, which involves SolaRoad.
The first road in the world that generates electricity
SolaRoad is a living lab of about 70 meters and consists of a cycle path constructed of concrete modules of 2.5 to 3.5 meters. In one lane, solar cells are fitted underneath a tempered glass top layer of approximately 1 cm thickness, covered by a transparent and skid resistant coating. There are no solar cells embedded in the other lane; this lane is used for reference and to test various coatings. The solar electricity from the road is fed into the electricity grid and can be used, for example, for street lighting, traffic systems, households and (eventually) electric cars that drive over it. This first piece of SolaRoad is located in Krommenie.
Source and top image: SolaRoad