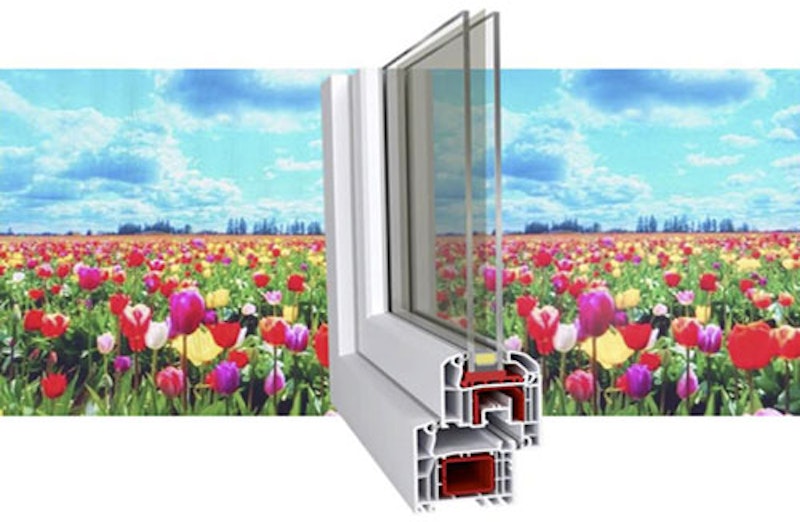 A luminescent solar concentrator is an emerging sunlight harvesting technology that has the potential to disrupt the way we think about energy; It could turn any window into a daytime power source.
"In these devices, a fraction of light transmitted through the window is absorbed by nanosized particles (semiconductor quantum dots) dispersed in a glass window, re-emitted at the infrared wavelength invisible to the human eye, and wave-guided to a solar cell at the edge of the window," said Victor Klimov, lead researcher on the project at the Department of Energy's Los Alamos National Laboratory. "Using this design, a nearly transparent window becomes an electrical generator, one that can power your room's air conditioner on a hot day or a heater on a cold one."
This is what becomes possible with new devices - quantum dot LSCs. The work was performed by researchers at the Center for Advanced Solar Photophysics (CASP) of Los Alamos National Laboratory, led by Klimov and the research team coordinated by Sergio Brovelli and Francesco Meinardi of the Department of Materials Science of the University of Milan-Bicocca (UNIMIB) in Italy.
In April 2014, using special composite quantum dots, the American-Italian collaboration demonstrated the first example of large-area luminescent solar concentrators free from reabsorption losses of the guided light by the nanoparticles. This represented a fundamental advancement with respect to the earlier technology, which was based on organic emitters that allowed for the realization of concentrators of only a few centimeters in size.
However, the quantum dots used in previous proof-of-principle devices were still unsuitable for real-world applications, as they were based on the toxic heavy metal cadmium and were capable of absorbing only a small portion of the solar light. This resulted in limited light-harvesting efficiency and strong yellow/red coloring of the concentrators, which complicated their application in residential environments.
Klimov, CASP's director, explained how the updated approach solves the coloring problem: "Our new devices use quantum dots of a complex composition which includes copper (Cu), indium (In), selenium (Se) and sulfur (S). This composition is often abbreviated as CISeS. Importantly, these particles do not contain any toxic metals that are typically present in previously demonstrated LSCs."
"Furthermore," Klimov noted, "the CISeS quantum dots provide a uniform coverage of the solar spectrum, thus adding only a neutral tint to a window without introducing any distortion to perceived colors. In addition, their near-infrared emission is invisible to a human eye, but at the same time is ideally suited for most common solar cells based on silicon."
Francesco Meinardi, professor of Physics at UNIMIB, described the emerging work, noting, "In order for this technology to leave the research laboratories and reach its full potential in sustainable architecture, it is necessary to realize non-toxic concentrators capable of harvesting the whole solar spectrum."
"We must still preserve the key ability to transmit the guided luminescence without reabsorption losses, though, so as to complement high photovoltaic efficiency with dimensions compatible with real windows. The aesthetic factor is also of critical importance for the desirability of an emerging technology," Meinardi said.
Hunter McDaniel, formerly a Los Alamos CASP postdoctoral fellow and presently a quantum dot entrepreneur (UbiQD founder and president), added, "with a new class of low-cost, low-hazard quantum dots composed of CISeS, we have overcome some of the biggest roadblocks to commercial deployment of this technology."
"One of the remaining problems to tackle is reducing cost, but already this material is significantly less expensive to manufacture than alternative quantum dots used in previous LSC demonstrations," McDaniel said.
A key element of this work is a procedure comparable to the cell casting industrial method used for fabricating high optical quality polymer windows. It involves a new UNIMIB protocol for encapsulating quantum dots into a high-optical quality transparent polymer matrix. The polymer used in this study is a cross-linked polylaurylmethacrylate, which belongs to the family of acrylate polymers. Its long side-chains prevent agglomeration of the quantum dots and provide them with the "friendly" local environment, which is similar to that of the original colloidal suspension. This allows one to preserve light emission properties of the quantum dots upon encapsulation into the polymer.
Sergio Brovelli, the lead researcher on the Italian team, concluded: "Quantum dot solar window technology, of which we had demonstrated the feasibility just one year ago, now becomes a reality that can be transferred to the industry in the short to medium term, allowing us to convert not only rooftops, as we do now, but the whole body of urban buildings, including windows, into solar energy generators."
"This is especially important in densely populated urban area where the rooftop surfaces are too small for collecting all the energy required for the building operations," he said. He proposes that the team's estimations indicate that by replacing the passive glazing of a skyscraper such as the One World Trade Center in NYC (72,000 square meters divided into 12,000 windows) with this technology, it would be possible to generate the equivalent of the energy need of over 350 apartments.
"Add to these remarkable figures, the energy that would be saved by the reduced need for air conditioning thanks to the filtering effect by the LSC, which lowers the heating of indoor spaces by sunlight, and you have a potentially game-changing technology towards "net-zero" energy cities," Brovelli said.
The work of the Los Alamos team has been supported by the Center for Advanced Solar Photophysics, an Energy Frontier Research Center supported by the U.S. Department of Energy Office of Science.
Source and top image: Los Alamos National Laboratory