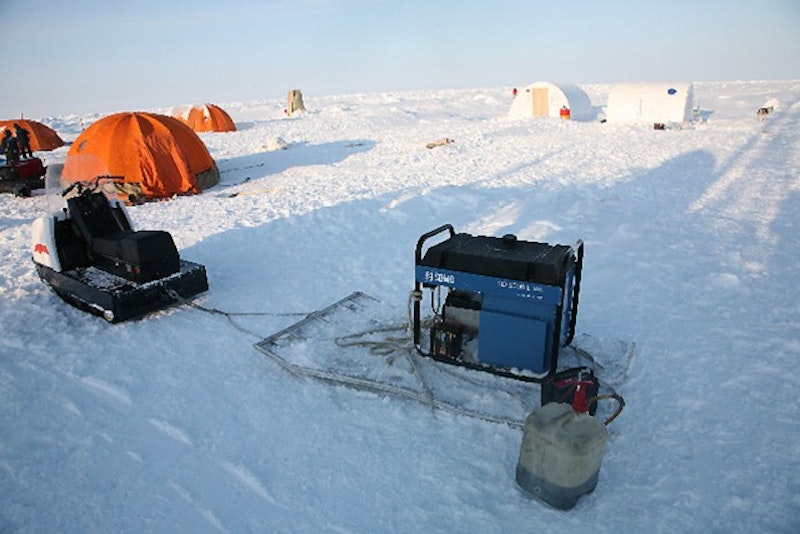 The unique new IDTechEx report, Zero Emission Transportable Gensets 2019-2039 reveals that orders are being taken for a new type of electricity generation. It will be the mobile phone of the power industry because it will be remarkably versatile and used far more widely than anything that went before. It will replace many things, not just diesel and gas gensets. Like the first mobile phones, it starts with something large, awkward and so expensive that it is a minority sport. That has been the basis of expensive but useful mobile desalinators and electricity supplies for disaster areas, such as containerised versions that unfold on trucks.
Now things get interesting. Solar-with-battery has even started to be used to replace diesel gensets in the arctic where supply of diesel is an expensive nightmare. Modules of solar with wind are working well offshore in the Caspian Sea where temperatures swing violently from +50C to minus 40C. Bendable solar on golf cars, regular cars, tiny three wheelers, boats and even upper atmosphere drones opens up a plethora of new markets. Indeed, the report has an executive summary and conclusions forecasting many appropriate technologies and applications. Chapter 2 looks at future sources for zero gensets and Chapter 3 details 15 case studies of zero emission gensets and many case studies of the transitional diesel with solar gensets. Together, those markets are predicted to be over $10 billion in 2029. Chapter 4 interprets recent news. It shows how microgrid conferences are missing much of the picture by covering little beyond solar enhanced diesel gensets and some solar-battery gensets because large business is now being landed for wave and tidal powered gensets and imminent for Airborne Wind Energy - mainly tethered drones. Conventional gensets are now seen to be banned sometimes so there is carrot and stick here with multi-mode zero emission marine genset announcements as things advance rapidly. What is the place of mini turbines and fuel cells given latest news? The answers are here.
Common factors are that they are all easily relocated so financial backers can repossess them and a secondhand market exists. They go where diesel supply is impractical as on the Caspian Sea and in drones aloft for years. They go where diesel pollution is banned as on boats on German and Swiss lakes.
And yet this is only the beginning. Aquaculture is booming but how do you power ice making for fish farms in violent seas offshore? How do you prevent the 20% of deaths suffered by getting fuel to an advancing army? Here and in a host of other emerging applications the "zero genset" takes new forms such as tethered drones tapping almost continuous wind high up and wave and tidal power from units dropped into place or fixed to moored boats. Orders of up to $200 million for wave power have recently been placed.
Raghu Das, CEO of IDTechEx points out, "Like mobile phones, the moveable, rapidly installed zero genset is of immediate interest in emerging nations - not just a rich man's toy. Indeed, the biggest orders for drop in wave power have recently been landed in Ghana and Indonesia for reasons such as invisibility in a tourist spot and creating local employment."
Like the mobile phone, rapid miniaturisation, cost reduction and multifunctionality is in prospect. For example airborne wind energy, tidal and wave power are off for only 1-30% of the time when solar is off 50% of the time and some conventional wind turbines fail to rotate for many days. Smaller batteries and even supercapacitors suffice. Yes, there are still things to be fixed. Every system is made differently by large numbers of manufacturers which is really rather silly. Costs and second sources are not under control. Clear leaders making volume like Samsung and Apple in phones do not exist.
Nevertheless, the power electronics is shrinking and getting more efficient: indeed the newest solar cars are ZE mobile gensets and they have solar film that is twice as efficient and that is slated to double again. It will not be mobile phones alone that become ubiquitous. As the new IDTechEx report, Zero Emission Transportable Gensets 2019-2039 advises, mobile zero gensets empower the small man and the business. Increasingly, they have lower cost of ownership and are more versatile than diesel gensets and even an alternative to fossil-fuelled heating, cooling, cooking and propulsion. Here is the future.
Top image: Portable Power

Off-Road Vehicle Makers Electrify to Become as Large as Car Companies
Why Are We Still Talking About Hydrogen Economy and Fuel Cells?
Using the Shadow Effect to Generate Electricity
Plant Biomass Waste for Self Powered Biomedical Devices