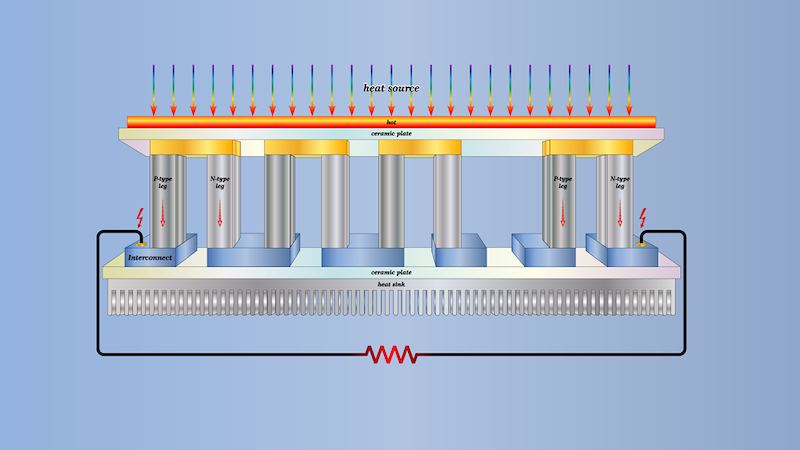 Escape tellurium. Start optimizing parameters that matter. A new IDTechEx study explains. "Thermoelectric Energy Harvesting and Other Zero-Emission Electricity from Heat 2022-2042" examines over 100 organizations involved. It finds that the disillusioned manufacturers share a business of mere hundreds of millions of dollars after decades of trying, mainly with bismuth telluride and variants. Every year or two, one goes under.
In a surreal juxtaposition, the universities and research centers remain in boom time, generating about 50 research papers yearly and starting new projects and collaboration. Sadly many still focus on toxic and rare elements and most prioritize maximizing a figure of merit ZT. They gleefully generate roadmaps predicting commercial success in applications from skin patches to industrial power, based simply on the magic ZT predicting high power applications when a fivefold increase is achieved. The truth is that geothermal power producers or heavy industry will happily use a poor ZT (bulky system) if the levelized cost of electricity produced LCOE beats alternatives, a wide area is possible and there are no toxigens, so no controlled disposal at end of life. 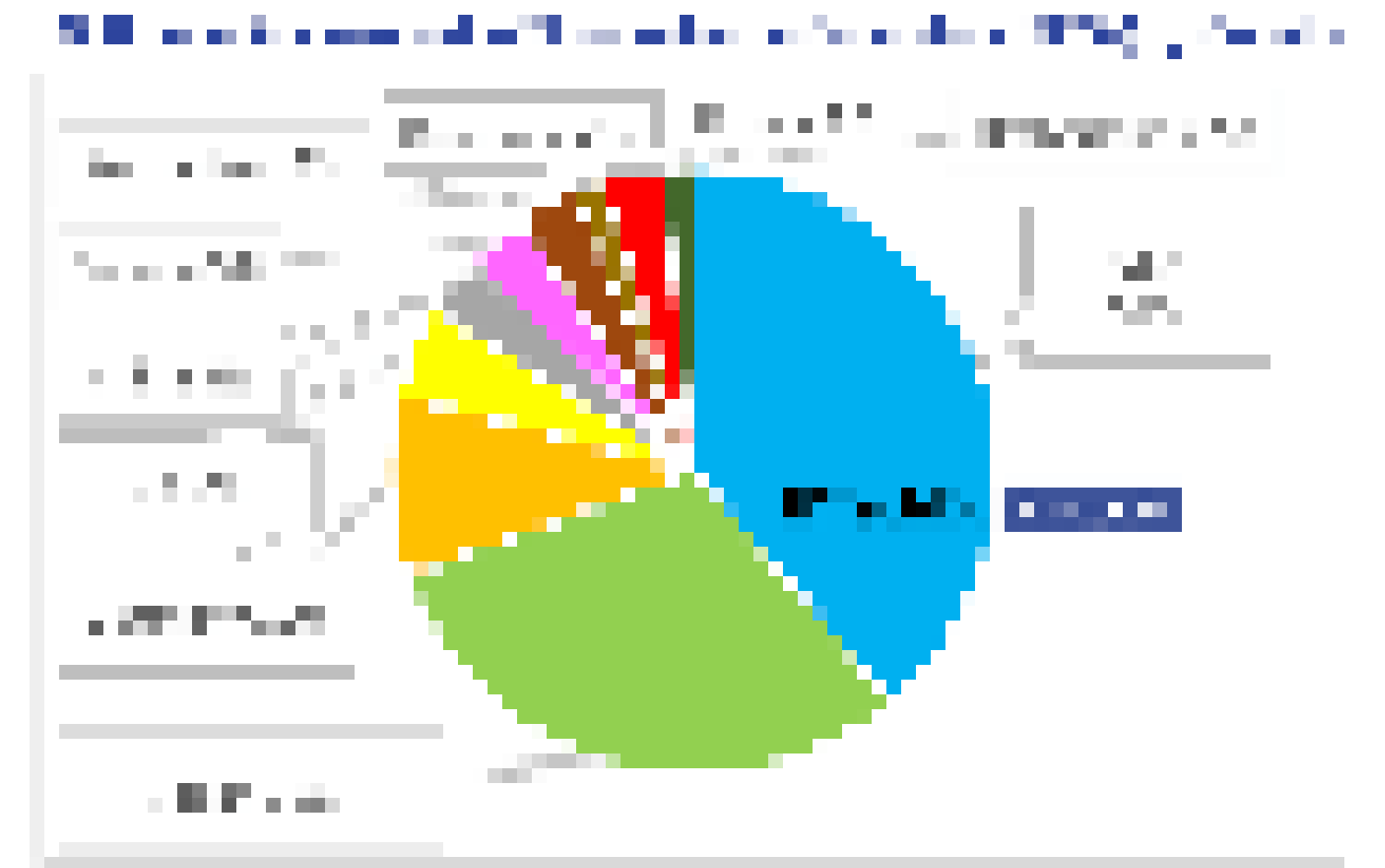 62 companies involved in TEGs by country. Note: A considerable number of so-called thermoelectric harvesting companies in China were omitted because most turn out to be only making coolers, diesel gensets, acting as distributors or not involved at all. A similar number of Universities and research institutions involved are predominantly in the USA then China/Korea/Japan. Source: IDTechEx Research report "Thermoelectric Energy Harvesting and Other Zero-Emission Electricity from Heat 2022-2042"
The new report "Thermoelectric Energy Harvesting and Other Zero-Emission Electricity from Heat 2022-2042" is commercially oriented. It takes a measured view, identifying considerable opportunities and the parameters industrialists need for success. For high-volume Internet of Things and wearables, controlled disposal is impractical so benign elements please. For mass production, manufacturability with low added costs is a key issue. Who is measuring, let alone optimizing what matters? There are a few: too few.
Analysts IDTechEx have reported on thermoelectrics for many years using inputs from its PhD level multilingual staff worldwide. This year, the rewritten, re-researched report expands its scope to reflect the reality that allied heat-converting technologies may come to the rescue in many cases.
Raghu Das, co-author, and IDTechEx CEO says, "We appraise the 2021 invention of thermopower wave, newly announced cryo-heat harvesting and progress with thermoacoustic harvesting plus the older ideas of pyroelectrics and ocean thermal energy conversion. We interpret the new claim of electricity from Brownian motion. However, the report is 90% thermoelectrics because that emerges with the clearest potential if refocussed."
This report will be of interest to all in energy harvesting and particularly the many emerging forms of heat harvesting for electricity production. It is valuable for all in these value chains from research, materials, devices and systems to integrators. It will also interest those with unsolved problems of electricity production for Internet of Things nodes, implants, wearables, microgrids, grids, military, aerospace, remote locations, and other applications where batteries cannot be charged or changed and photovoltaics and other forms of energy harvesting are impractical or suboptimal.
The report commences with an Executive Summary and Conclusions for those in a hurry needing the big picture, including new forecasts, new pie charts of manufacturers by country, the cost structure of a device, and so on with minimal jargon. How does price move with power rating, temperature difference, and so on? See some promising materials in the research pipeline that neither have toxic nor expensive elements in them and the 14 materials families dominating research. Tables give reasons for poor penetration of various markets and what to do about it. See patent analysis and 27 primary conclusions. There is a glossary to assist.
The Introduction presents the options, working principles, systems, and production line design. Here is the study of thermoelectric sensors and the trend to flexible energy harvesting and sensors.
Chapter 3 "Low-power thermoelectrics: flexible, stretchable, implantable, wearable, IoT, MEMS" mostly concerns temperatures of 20-100C, rigid vs bendable vs flexible, and mainly healthcare, consumer wearables, and IoT. Learn the heat available on the human body, the coupling issues to it, device size requirements, thermoelectric power available compared to alternatives. In detail, there are exciting developments from 15 institutions appraised and many more in tables.
Chapter 4 concerns high power thermoelectrics which today means high temperature but in the future will strongly embrace 20-300C. This is a world of mosquito zappers, electricity from wood stoves, campfires, the many industrial waste heat sources quantified. ZT matters little here because better coupling to the source is key - breakthroughs are given here - and LCOE. An appraisal is provided for thermoelectrics in concentrated solar power, radiative cooling at night offsetting dead photovoltaics, the potential on building facades, tires, roads. Understand why hot-water geothermal power looks promising with thermoelectrics and thermoacoustics if the right parameters are measured and optimized. IDTechEx closely examine work on industrial waste heat finding reasons to be cautious. There are some dead ends here. Seven very different military applications are examined citing new advances and needs - submarines to aircraft and field generators. Then comes water radiator valve actuation at watts, remote site power, and the exotica addressed by Teledyne. Boosting solar power and backup of nuclear plant systems are the closing topics of this chapter full of case studies.
Chapter 5 extensively covers new thermoelectric materials in research and starting commercialization, and what to expect next. Chapter 6 is "New thermoelectric and allied harvesting principles: thermopower waves, quantum dot, spin-driven, Brownian motion, new theories". Chapter 7 assesses, "Thermoacoustic, cryoelectric, pyroelectric, ocean thermal gradient harvesting". Chapter 8 has tables comparing 62 companies involved in thermoelectrics by country, where they are active in research, materials, modules, or product integration. It ends with two examples of IDTechEx company profiles with success, weaknesses, opportunities, threats - such SWOT tables also appearing in the earlier text. The typical IDTechEx analysis and prediction, not just consolidation. Interviews, calculations, analysis, and prediction are characteristic of these IDTechEx reports.
For more information on this report, please visit www.IDTechEx.com/thermo, or for the full portfolio of Energy Harvesting & Off Grid research available from IDTechEx please visit www.IDTechEx.com/Research/OffGrid.
IDTechEx guides your strategic business decisions through its Research, Subscription and Consultancy products, helping you profit from emerging technologies. For more information, contact research@IDTechEx.com or visit www.IDTechEx.com.