Uganda Telecom has launched the country's first solar powered mobile phone. The new phone dubbed 'Kasana' runs on solar energy and promises to revolutionise mobile phone usage in Uganda especially among the rural population. The phone was launched in Arua, a district in the North West of Uganda that has historically suffered from limited access to the national electricity grid.
"Uganda Telecom is committed to developing products that are relevant to the communication needs of Ugandans and today we bring you the 'Kasana', Uganda's first solar powered mobile phone", said Mona Lisa Brookshire - Uganda Telecom Chief Marketing and Product Development Officer. "The lack of power has been identified as a major barrier to bridging the gap of entry to the digital age largely because the technology then required all mobile phones to be charged using grid power. The 'Kasana' phone is here to solve this problem".
Uganda has a population of 30 million people and the Uganda Communications Commission (UCC) estimates that only 30% of the population have access to mobile phones with only 10% having access to grid power. This means that people without ready access to electricity would have to walk long distances to charge their handsets at the nearest power outlet often a trading centre that is miles away.
The 'Kasana' phone also solves another problem with respect to mobile phone usage - high cost of mobile phone handsets. The Uganda Telecom 'Kasana' phone retail at 75,000 Ugandan Shillings (approximately US$39) and also saves the owners money as they will not have to travel long distances to find a power source and then pay to charge their phones. 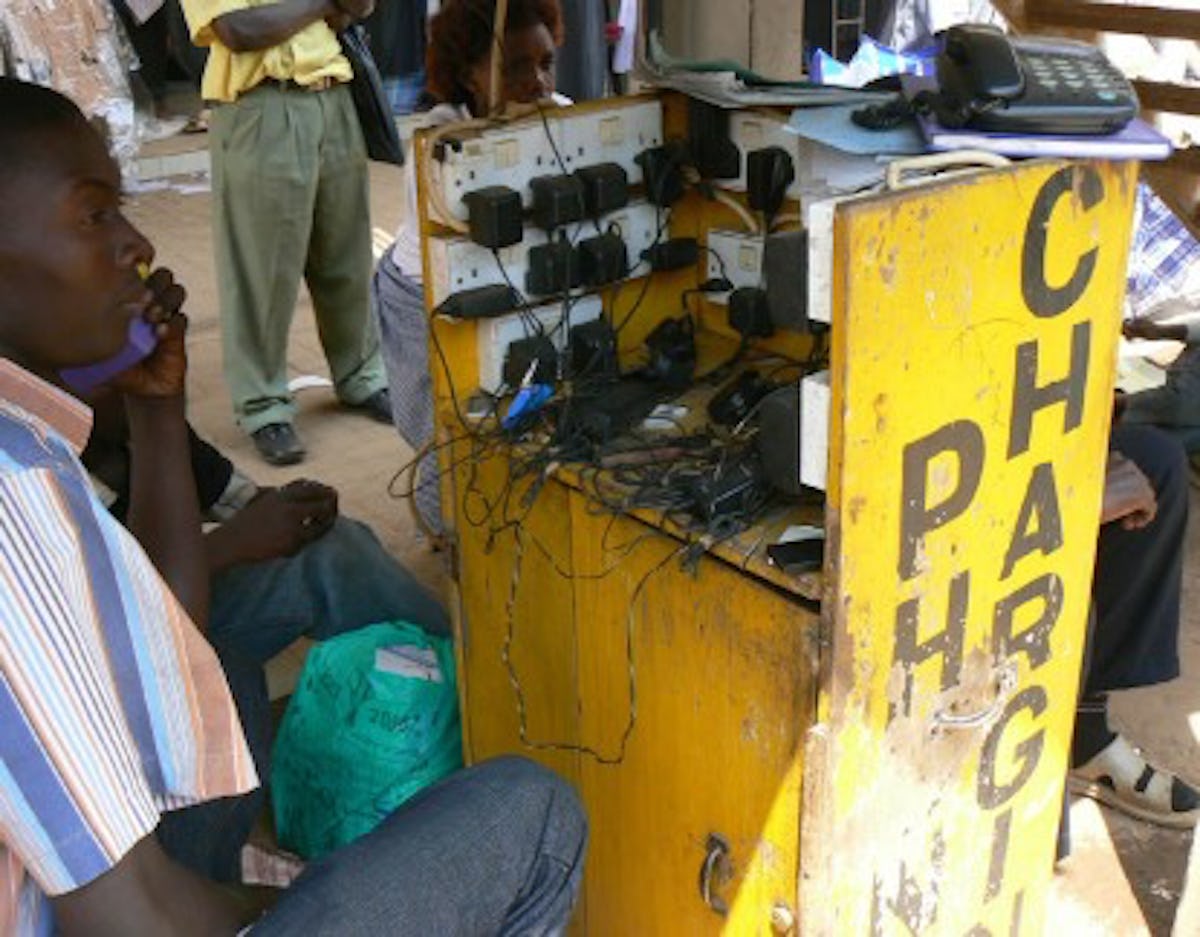 Mobile phone charging shop in Uganda, image source: Kiwanja.net
The solar phone is manufactured from recycled materials and has a built-in solar panel. One hour of exposure to the sun charges the phone for 12 hours of talk time. The handset can however also be charged from a power outlet, and comes with a travel charger, making it very convenient for urban and peri-urban dwellers that experience intermittent power supply. The phone requires an initial charge via electricity of 6-8 hours before use.
"The Kasana phone has the right features at the right price for the customers it is targeted at" added Mona Lisa Brookshire.
The solar powered mobile phone from Uganda Telecom is a direct response to the needs of the poor in rural areas who either have irregular access to electricity, or no electricity at all.
Credit: Uganda Telecom
Top image source: Kiwanja.net
For more attend: Energy Harvesting & Storage USA 2009
Also read: Energy Harvesting and Storage for Electronic Devices 2009-2019
Sun powered pay phones