On Tuesday the 15th of May in Berlin, Germany, IDTechEx recognised innovation once more with the Energy Harvesting & Storage and Wireless Sensor Networks & RTLS awards, in a ceremony that took place on the first day of the IDTechEx conference on the topic. Over 320 attendees registered for the conference which brought together, for the 4th time in Europe, the community of academics, researchers, technology developers and end-users, each playing their important part in the successful growth of the overall value chain for these emerging technologies.
This year's judges were Henrik Zessin from the Fraunhofer IIS in Germany and Peter Fuhr from the Oak Ridge National Laboratory in the USA.
Specifically, the winners were:

Winning heaps of praise by the judges for the scale and complexity of its deployment, the winning company was Libelium, a WSN developer in Spain, which managed to develop and deploy a wireless sensor network with up to 1000 sensor nodes, (sensing a variety of gaseous agents as well as parking availability in city streets) which could operate effectively with a lot of different communication protocols.
Best Application of Wireless Sensor Networks - Alicia Asin Perez, Libelium with Raghu Das, CEO, IDTechEx 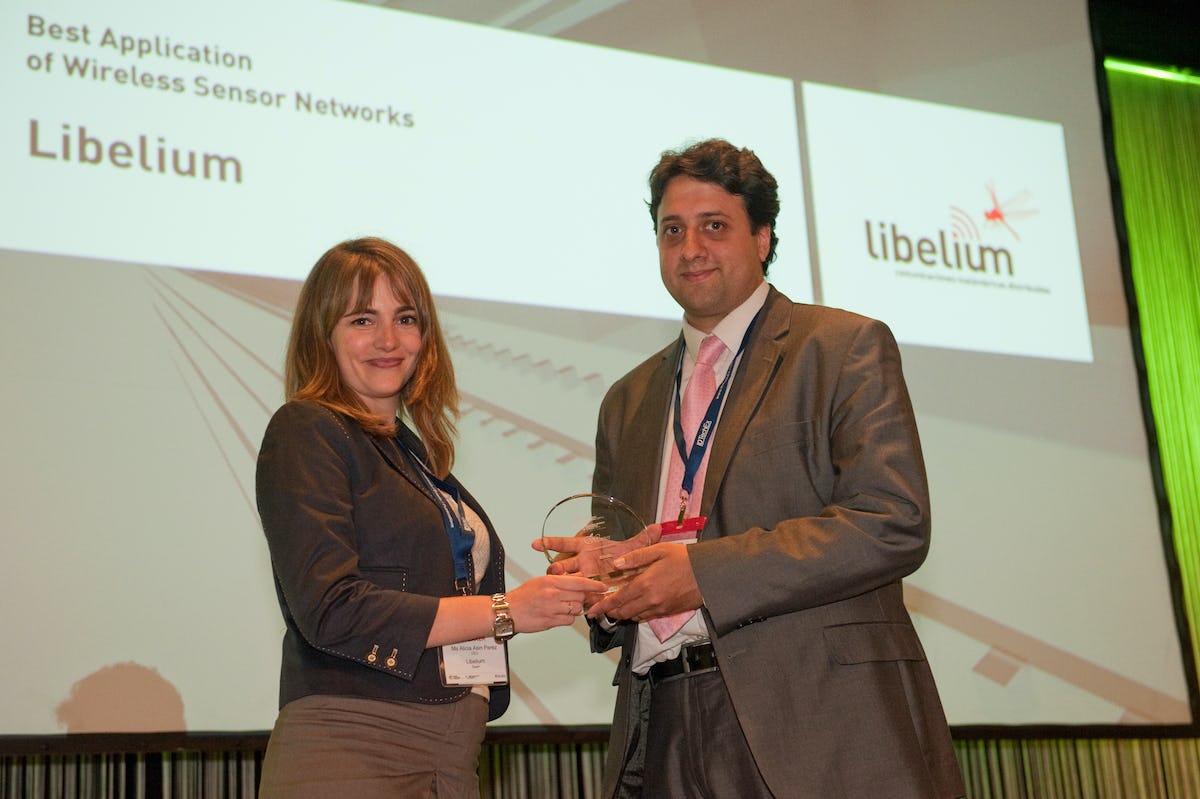 The winner in this category was the company Precision Motors Deutsche Minebea (PMDM) in Germany, who, according to Henrik Zessin, "... managed to develop a prototype of a real world application which can benefit greatly from energy harvesting as the changing of batteries can be avoided".
Best Application of Energy Harvesting - Stefan Schwamberger, PMDM 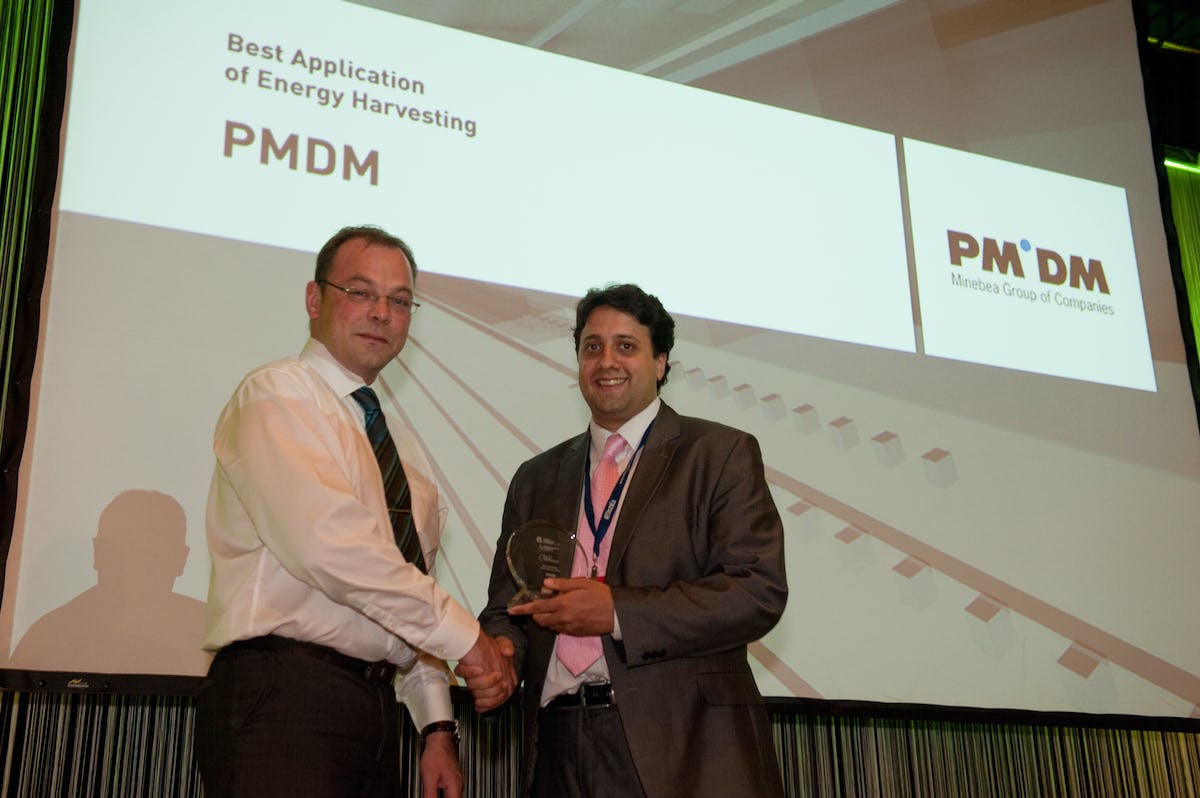 The winner was the company G24 Innovations in Wales, UK. After developing its technology for approximately 6 years, the company have now managed to commercialize its proprietary technology and integrate their Dye Sensitized Cells into applications such as wireless keyboards (in collaboration with Logitech) and autonomously powered rolling blinds, which have been successfully demonstrated in a large deployment in a hotel in Las Vegas.
Best Technical Development of Energy Harvesting - Dr Mark Spratt, G24 Innovations 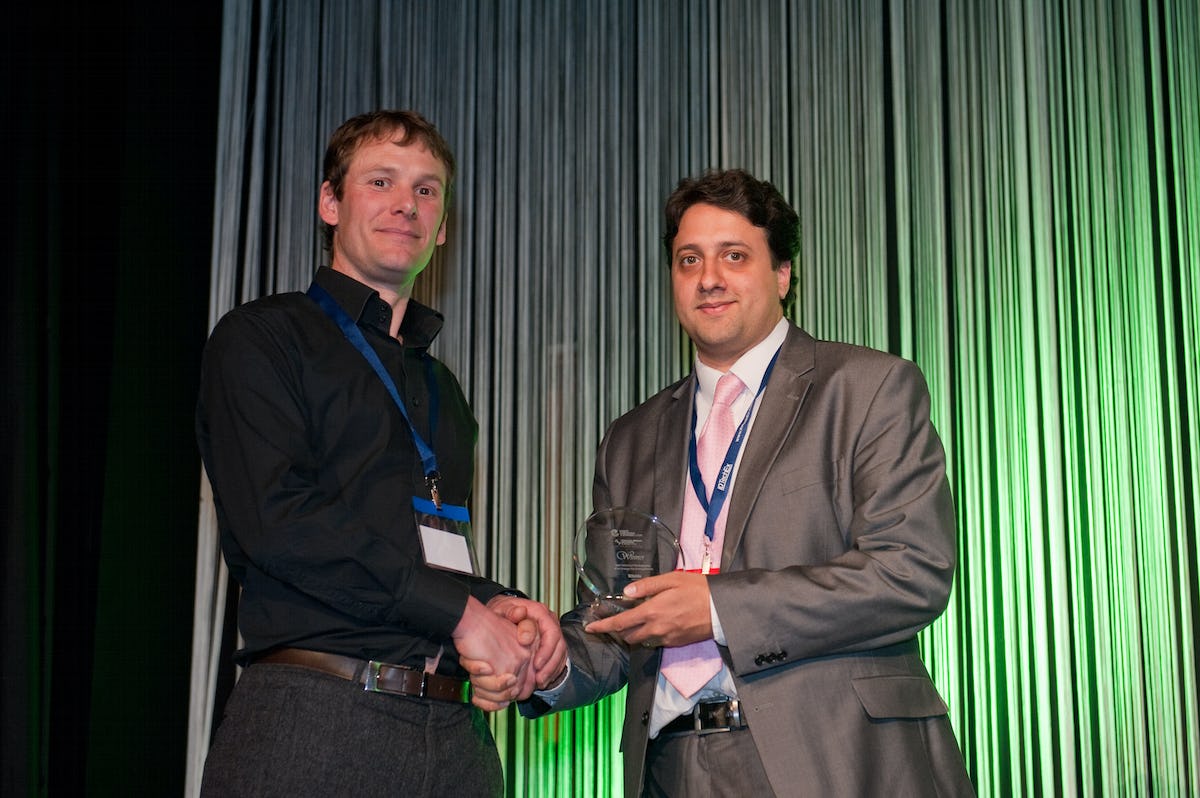 Attendees at the conference also had the opportunity to vote for the best exhibition booth and the winner was the company Algra AE in Switzerland, a technology developer of piezoelectric energy harvesters with plenty of interesting demonstrators such as piezoelectric wireless switches and piezo keyboards on display at the conference that captured attendees' attention.
Best Exhibitor in Show - Venkatesh Sivasubramaniam and Dieter Matter, Algra 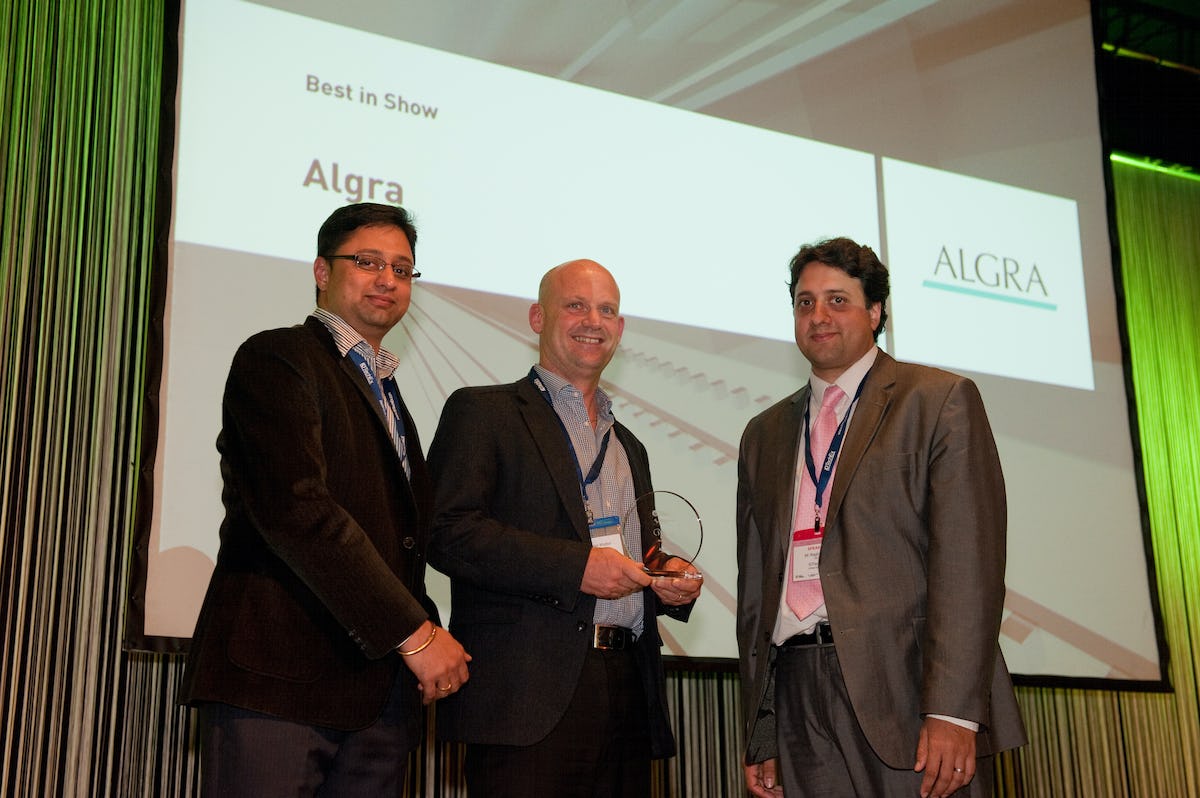 Finally, in the poster session of the conference, which had more posters than any previous year (16 in total), the winners were Yannick Verbelen and Serge Kubera, representing the Department of Industrial Sciences and Technology at the Erasmus University College in Brussels. Their poster was on the topic of "Ambient Energy Powered Smart Meters."
Best Poster - Yannick Verbelen (right), Erasmus University College, Brussels, seen here with judge Henrik Zessin from Fraunhofer IIS 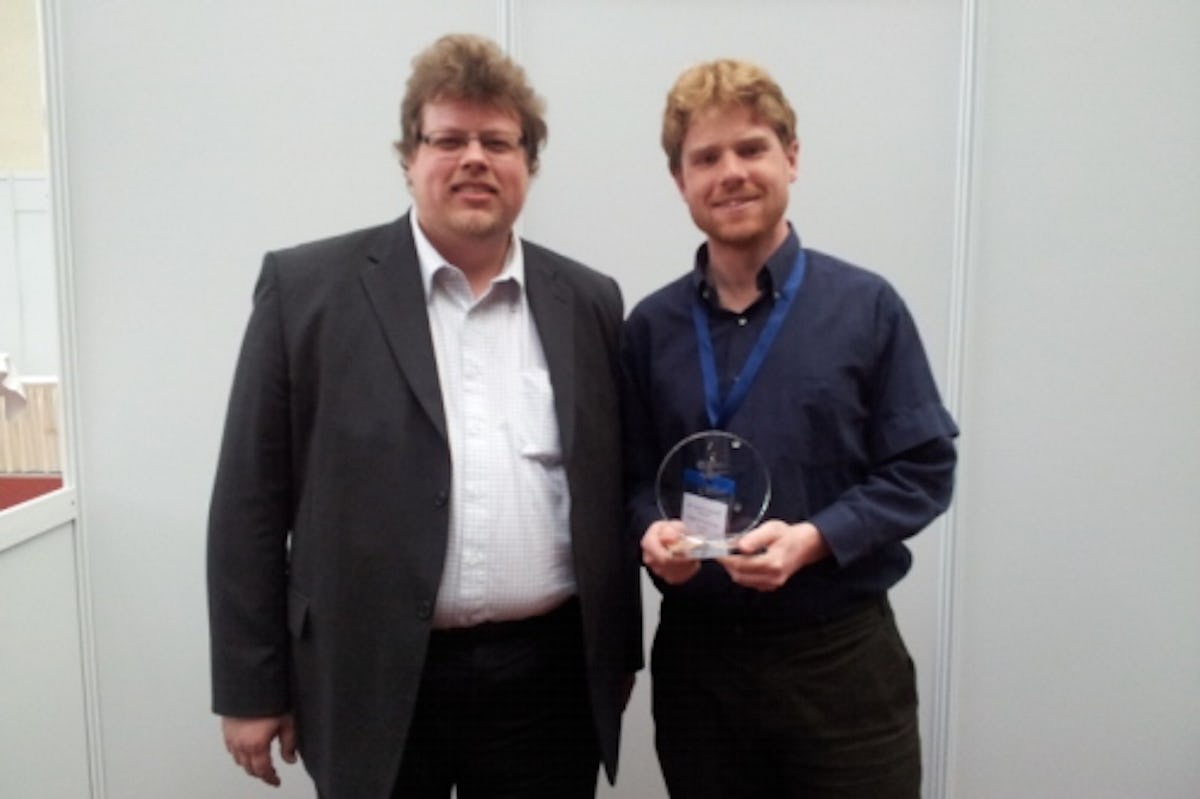