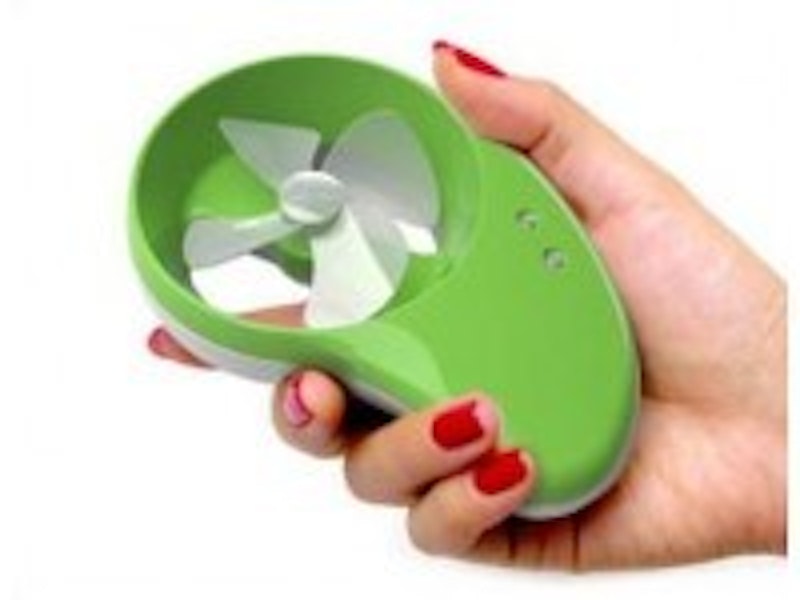 MINIWIZ has produced the HYmini, a hybrid mini power station that fits in the palm of your hand. HYmini is a handheld, lightweight, universal charger/adapter device that harnesses renewable wind power, solar power and conventional wall plug power to recharge almost all 5V devices including cell phones, MP3 players, iPods, PDAs and digital cameras. The HYmini is 134mm in height, 87,5mm in width and 33.5mm thick.
The HYmini has an internal 1200 mAh built-in lithium ion polymer rechargeable battery that can be powered by either wind or solar panels and has an optional hand-crank attachment. The battery has around 500 complete charge cycles and if the battery is fully charged every time, it should have at least of 1000mAh of stored capacity whereas a conventional mobile phone has around 0.4Ah to 0.7 Ah of battery capacity.
The removable wind turbine glows green when charging and the power stored exponentially increases with higher wind speed until 40 mph, but does not withstand higher wind speeds. The minimum wind speed is 9 mph but the wind generator is designed as a supplemental source and cannot fully charge the HYmini on its own. The device can be placed on a bicycle's handlebars, motorcycle, car window, or strapped to the arm of a jogger with the fan facing into the wind. A two hour bicycle ride will power up an MP3 player for over 2 hours or charge a phone sufficiently to speak for 15 minutes. Of course, the higher the speed of the vehicle, the faster the energy is harvested. 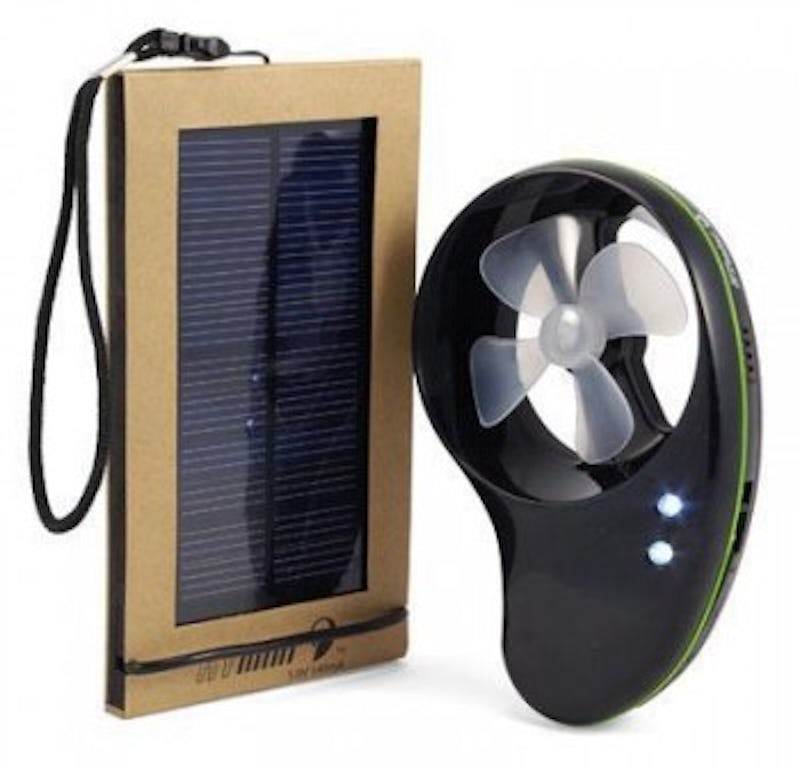 Hymini and MiniSolar. Source: Sustainableisgood
When charging HYmini using the solar battery, multiple batteries can be connected by linking the DC jacks one after another. Power converted by multiple solar batteries is cumulative; therefore, the more batteries you have the more power is stored. The efficiency is greatly increased with full direct sun.
The HYmini can also be charged with the included AC adapter and then topped off via solar or wind power making it convenient for travel.
Top Image: HYmini. Source: MiniWiz
For more attend: Energy Harvesting and Storage Europe 2009
Also read: Energy Harvesting and Storage for Electronic Devices 2009-2019