A presentation on this was given at ICREN Barcelona April 26 2018 By Víctor Martinez City Council of Sant Cugat. Víctor is an Industrial Engineering graduate from the Politechnical University of Catalonia and holds a Master in Safety Management from the Catalan Institute of Technology and a Master of Climate Control, Heat and Cool from Polytechnical University of Catalonia. Víctor has worked for Sant Cugat del Vallès City Hall (Barcelona) since 1994, and he is now the Director of Urban Quality Area, in charge of public services: lighting, energy management, building maintenance, sewage network, mobility, waste collection, street cleaning and environment,etc. He is in charge of the coordination of several European projects (FP7 & Horizon 2020) in Sant Cugat. 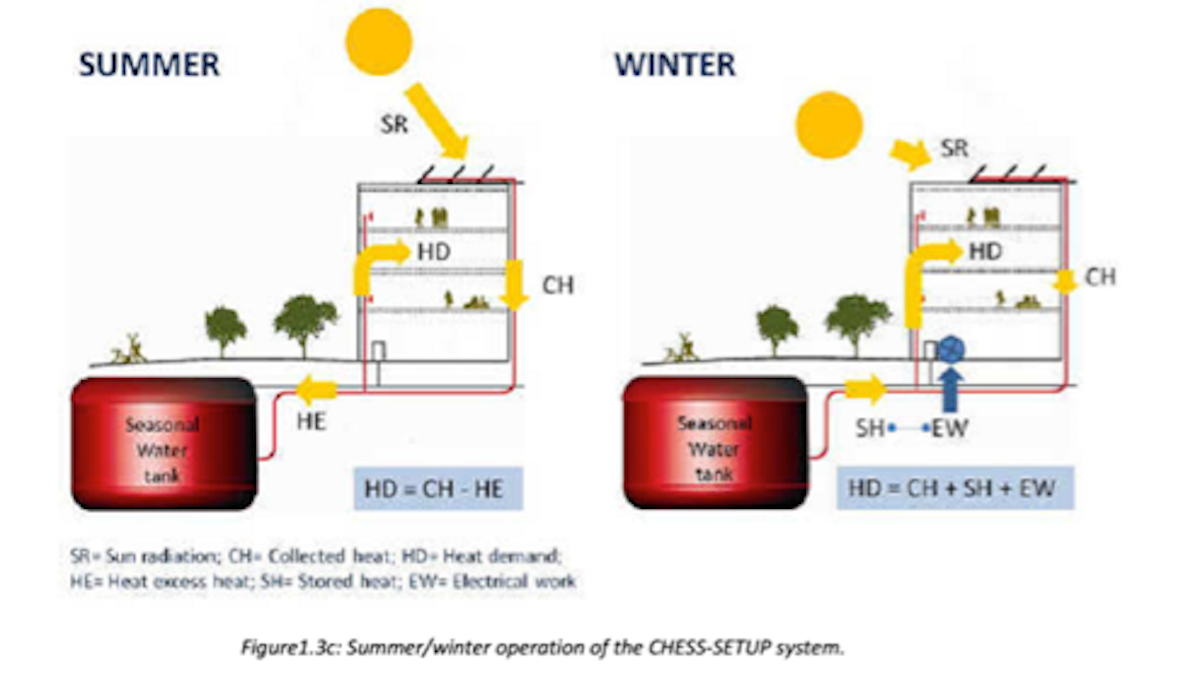 He said Chess Setup is a project funded by the European Commission, started in 2016 in the framework of the H2020 program and lead by Barcelona Ecologia. The acronym comes from "Combined HEat Supply System by using Solar Energy and heaT pUmPs". The project addresses the growing needs of heating and domestic hot water (DHW) in the building sector by proposing and testing a retrofitting solution based on the integration of renewable energy sources, and thermal energy storage capabilities. 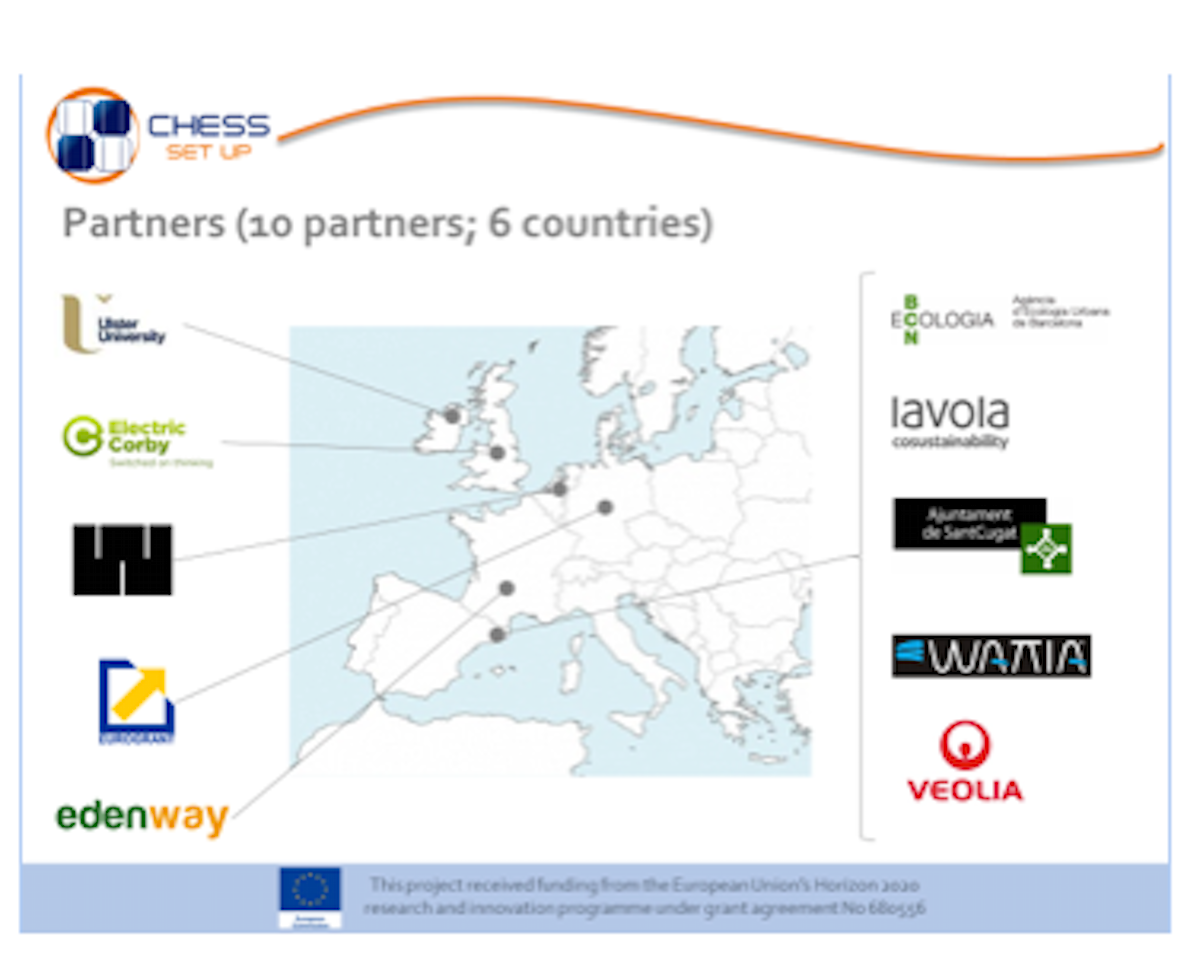 The system is a combination of tested and approved technologies: hybrid photovoltaic and solar thermal (PV-ST) panels, seasonal thermal storage tanks and heat pumps. This set of tools will allow the buildings to be heating and DHW self-sufficient during the sunny months, and to rely on their heat reserves the rest of the year. 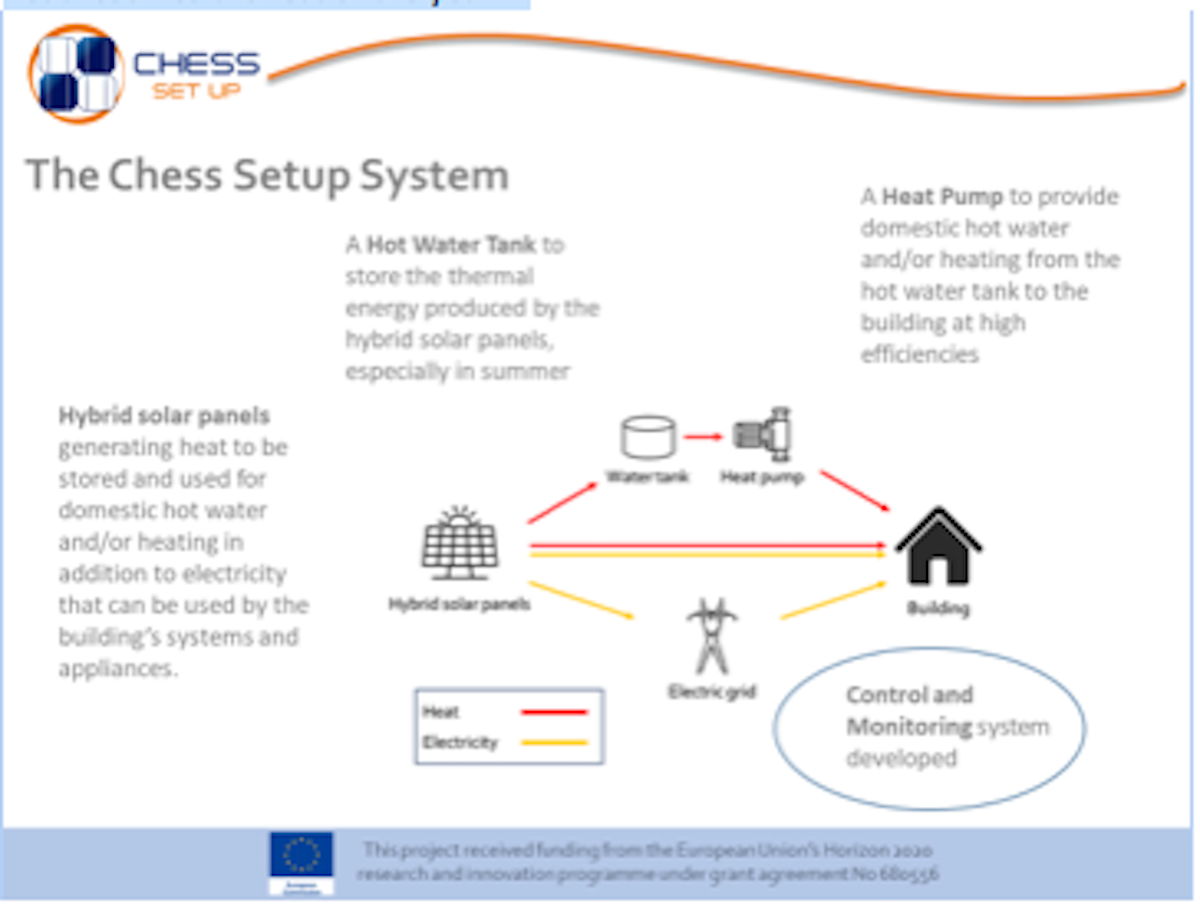 To ensure the reliability of the system, a simulation software was developed by the consortium. Indeed, taking into account the geographic location, and several parameters related to the building, it provides the optimum dimensions of the hybrid solar panels and of the water tank. A further analysis was held in order to select the most efficient heat pumps and mixtures to supply them.
To confirm the software's forecasts, the system is currently being implemented in three pilot cases including two of them in Catalonia;
Later on, the consortium will study further applications for the system;
Its ability to contribute to a smarter grid, supplying the main grid with electricity produced by the solar panels. The adaptation capacity of the system, taking into account the electricity prices and the inertia given by the water tank, to optimize the decision to use the heat stored, or to rely on the distribution network. Thus, the project faces the self consumption challenge in urban areas, proposing a solution both for new buildings and existent ones. A business model will be optimised to make the project's industrialization profitable. 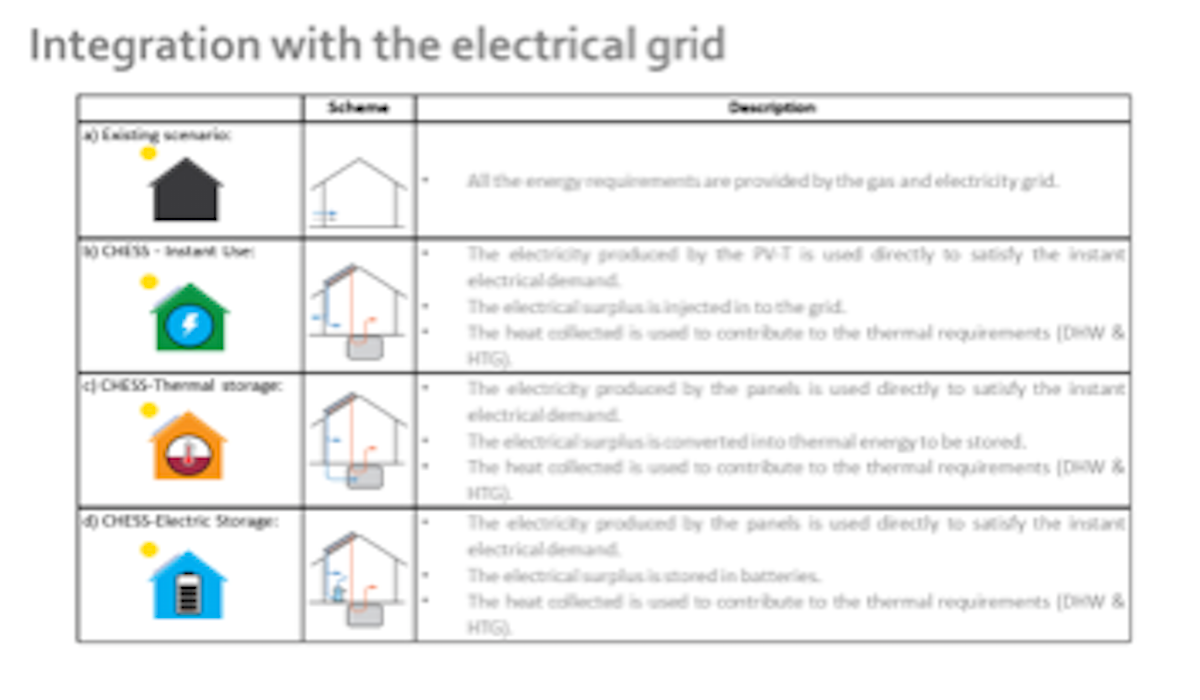