Guillermo Domínguez, Catalonia Institute for Energy Research (IREC), obtained his Bachelor's Degree and his Master's Degree in Industrial Engineering from the School of Industrial Engineering of Barcelona (ETSEIB) at the Polytechnic University of Catalonia (UPC). He developed his Bachelor's thesis in 2015 at Catalonia Institute for Energy Research (IREC) on improving Data Centre efficiency. In 2017, he developed his Master's thesis at Technical University of Denmark (DTU) on frequency control in high RES dominated power systems without must-run units. In October of 2017, he joined IREC as a Project Engineer and his research interests are smart SCADA applications and smart grid control strategies for RES integration. At ICREN Barcelona April 2018 he spoke on microgrid optimisation with PV penetration and Storage using his La Graciosa case study.
He said that future power systems with high penetration of renewable generation and ICT will facilitate better controllability and observability of the grid. However, new challenges for low voltage distribution networks have arisen where the increasing distributed generation is mainly PV installed on the roofs of buildings. This is variable, generating disturbances in the network. Microgrid islanding is ideal when installing new technologies because weak grids and the penetration of PV will lead to bidirectional power flows at distribution level, necessitating smart control.
He presented an innovative tool for the DSOs to monitor and manage grid operation. In the near future, both distributed renewable generation and client's flexibility will increase, he believes. New monitoring and control tools for DSOs will be essential. Furthermore, the grid operation optimization is needed to accommodate the intended DER installations and active participation of consumers' flexibility services in markets will ensure system efficiency. This tool was tested on "La Graciosa" minigrid, one of the Canary Islands, to show its benefit. The minigrid includes HESS, PV generators and controllable/uncontrollable loads as well as some power analysers installed along the lines to monitor it. 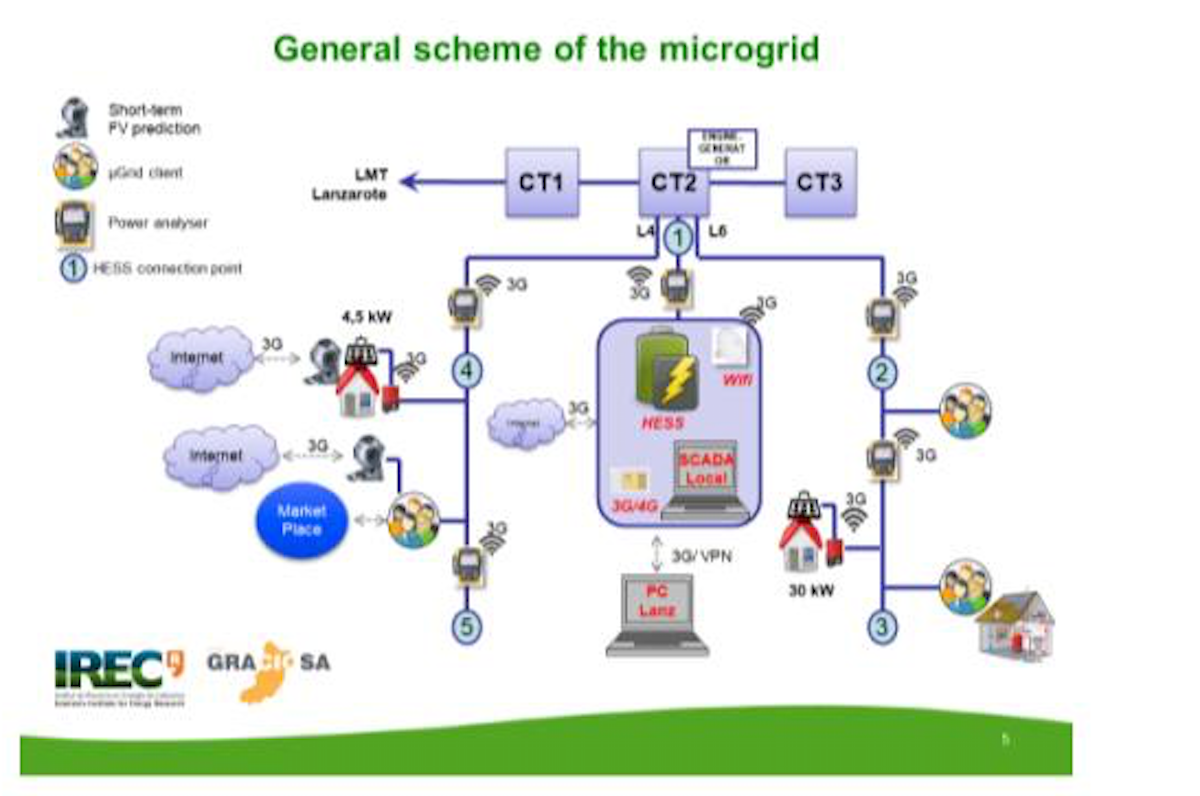 His research tool comprises both an OPF and a SCADA. The former determines the best operating level for each generator or storage in the microgrid to meet demand and reduce losses maximizing
PV penetration. By using the data obtained including PV prediction and HESS status, the OPF can set the current and predict future states by means historical values. 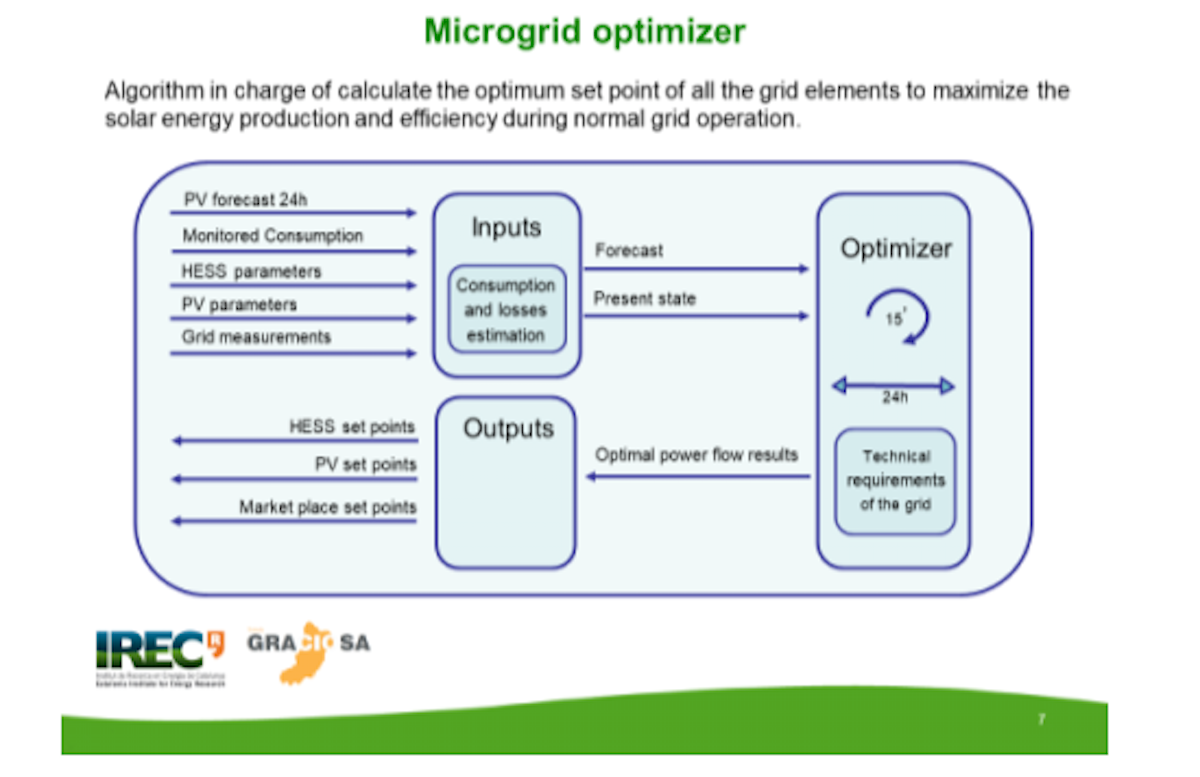 A SCADA application was also designed to manage the minigrid in real time. The SCADA centralizes all the data and stores it to feed the OPF model with real time values, collects the calculated setpoint and stablish the communications between all the devices installed.
His conclusions were:
Challenges and limitations were seen to be:
Future work is suggested as:
For more on zero emission microgrids see the IDTechEx report, Off Grid Zero-emission Electricity 2018-2038: New Markets, New Technology Roadmap. Also attend the IDTechEx business & technology insight forums, June 19, 20 and 21 2018.