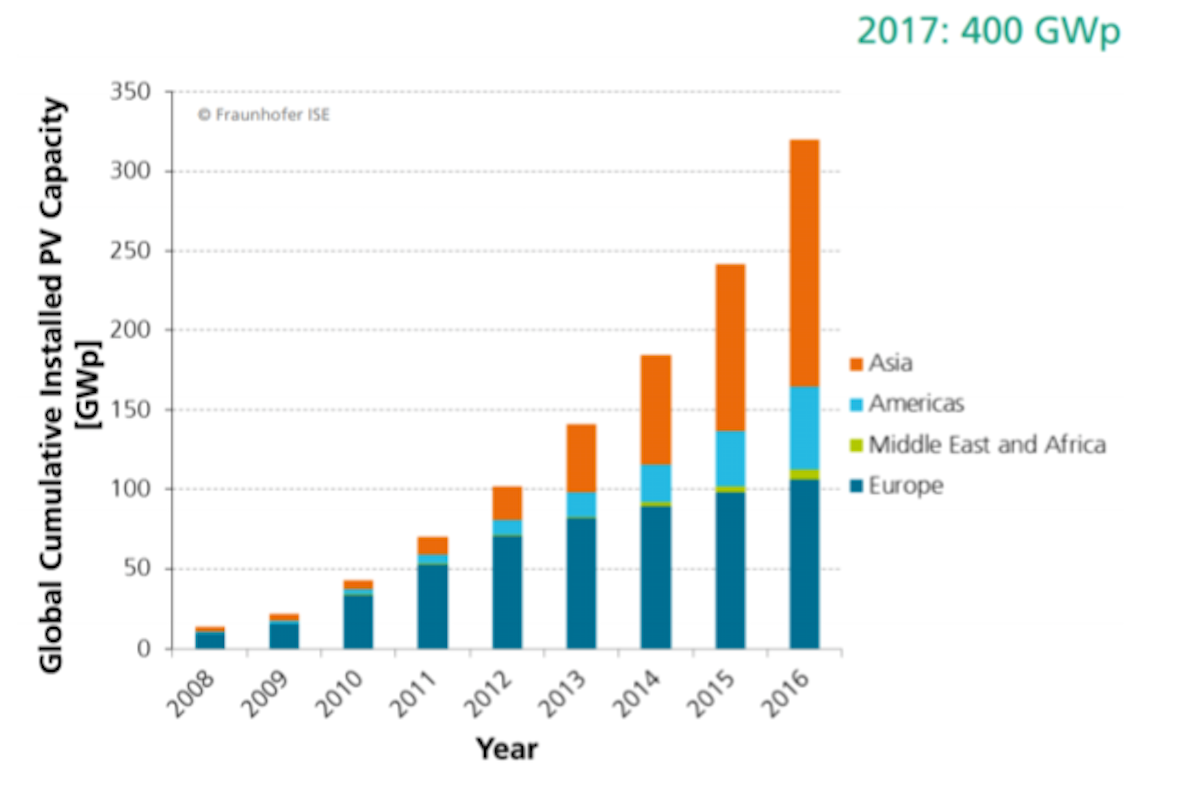 Source quoted as IHS
He said, "For many years technologically achievable silicon solar cell efficiencies have been seen to be limited at around 26% - until recently Kaneka's 26.7% record efficiency surpassed this limit. Such an awesome result, achieved with all the tweaks available in a sophisticated lab environment, is highly important and encouraging. Yet for providing electricity from PV at further decreasing expense, the central challenge is how to increase the efficiencies in production at competitive cost. In the talk, for actual and for most promising solar cell concepts, status, development challenges and performance limits will be outlined. A particularly interesting route is seen in the combination of high performance multicrystalline material and cell technology using passivating contacts, developed at Fraunhofer ISE with the TOPCon structure. Pinpointing the limiting factors precisely and reporting them back to the technologists for the next optimization step we managed to achieve a world record for multicrystalline material of 22.3 %." 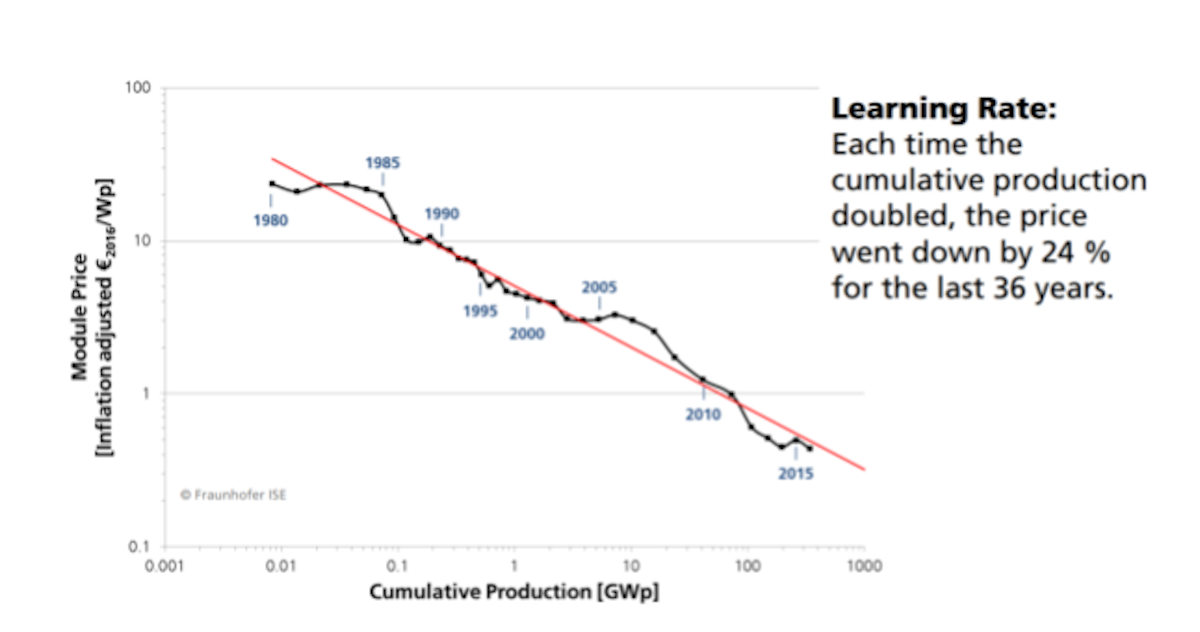 He noted that polycrystalline silicon has dominated the market, though IDTechEx observes that the price gap with single crystal has been narrowing so this may change market share. 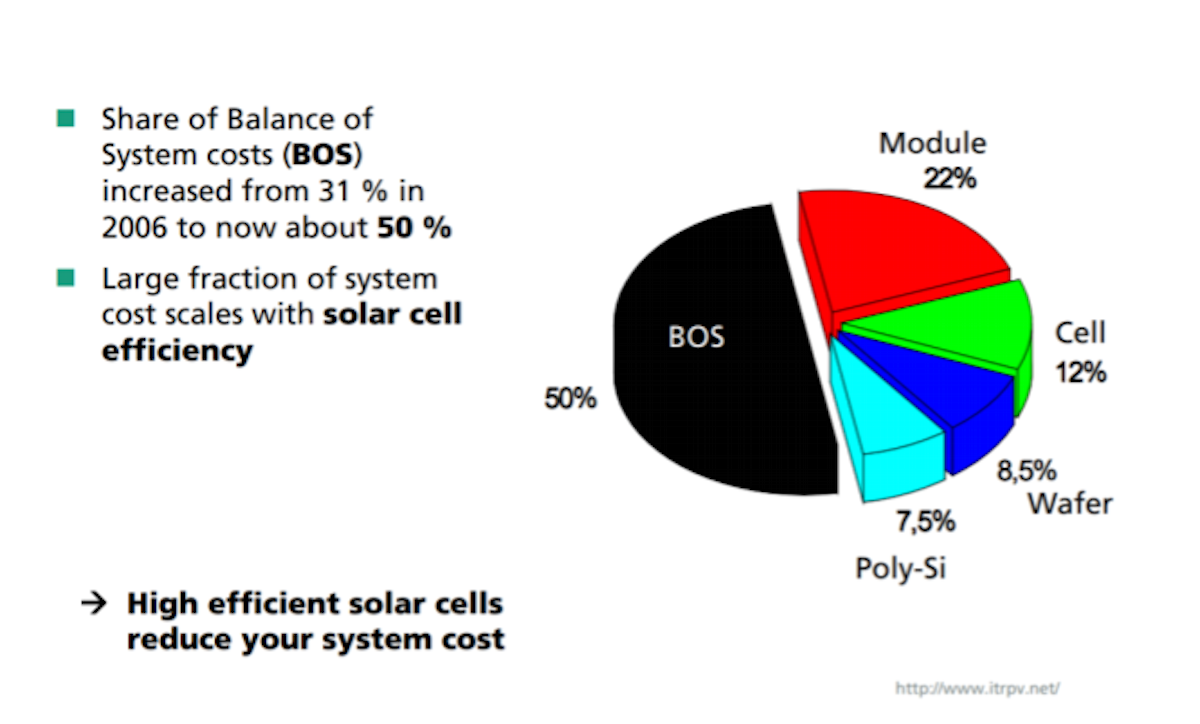 Most of the world's commercial solar cells are made from a refined, highly purified silicon crystal and, like the most efficient commercial silicon cells (known as PERC cells and invented at UNSW), need to be baked above 800˚C in multi high-temperature nature steps. PERC seems the way to go. 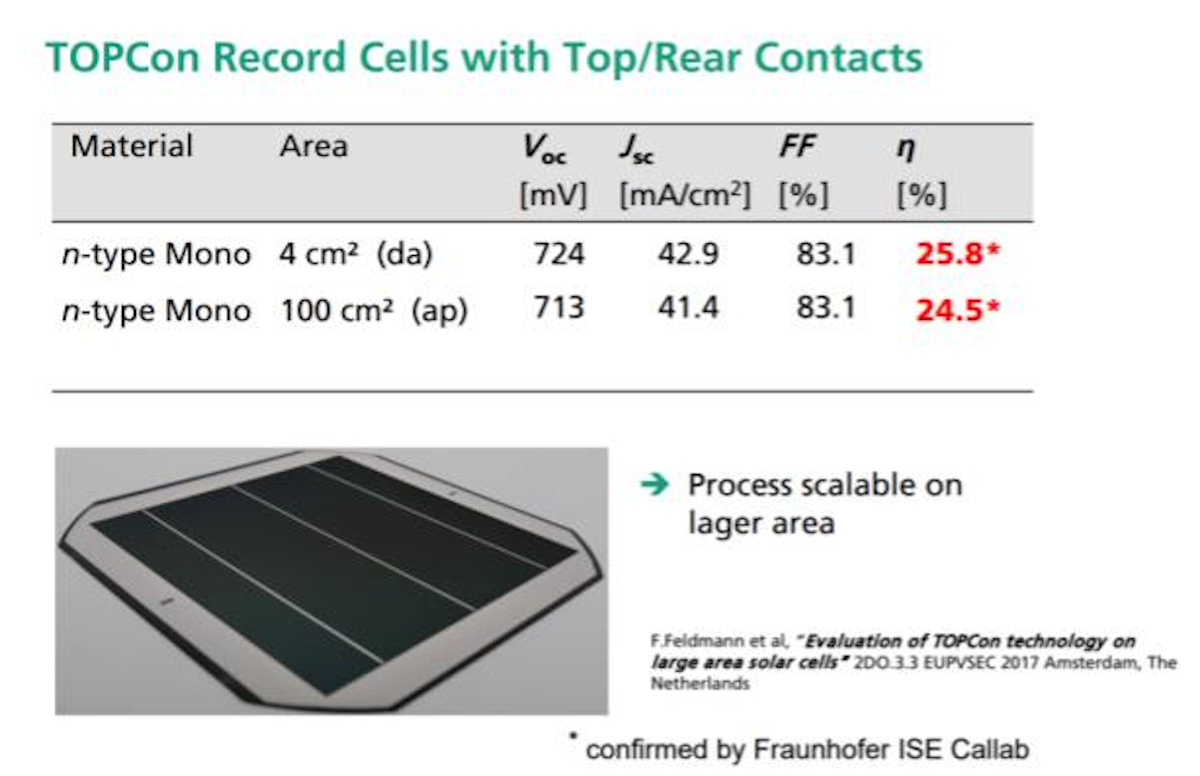 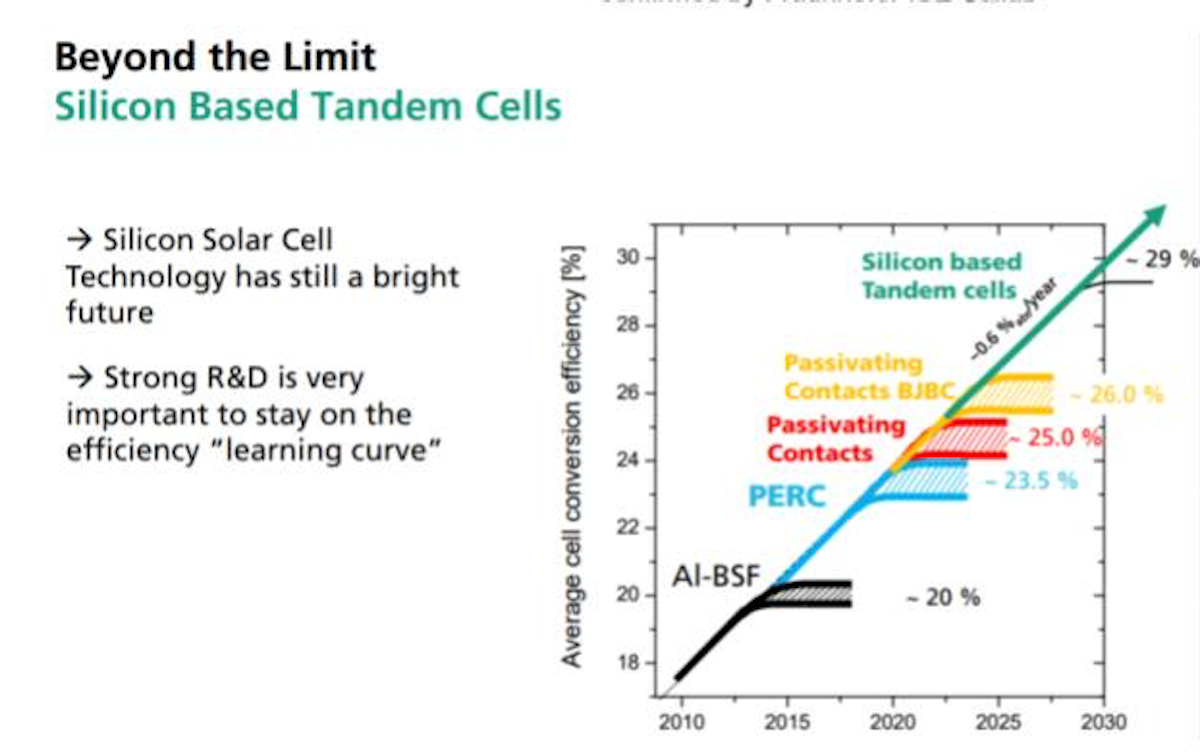 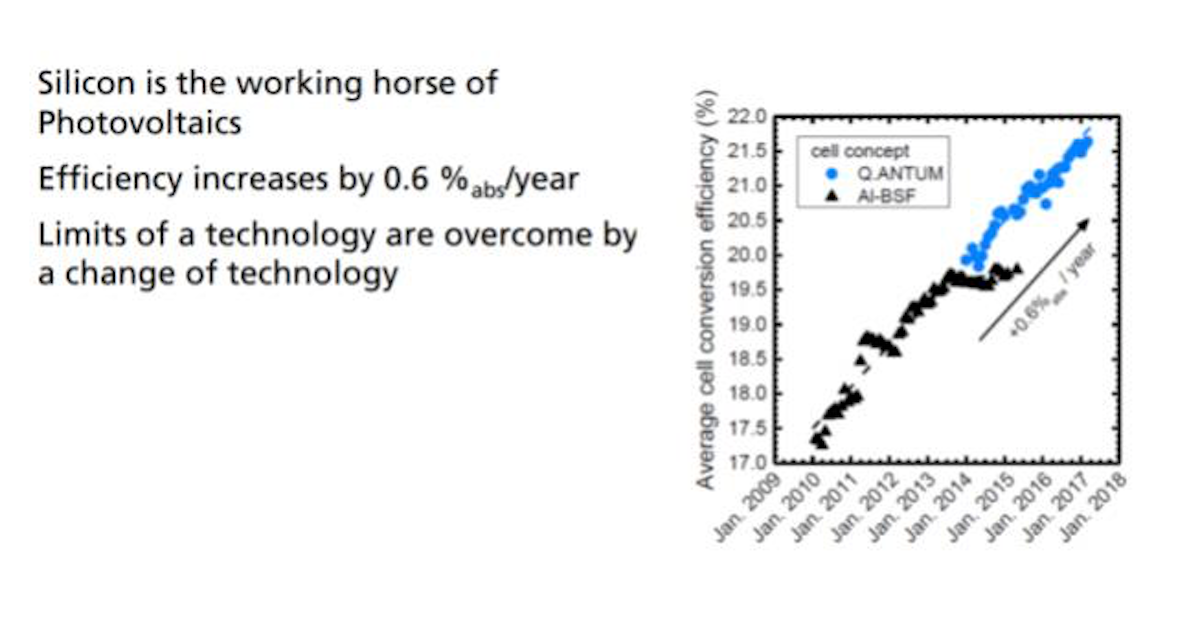