From Spring 2009, Italian car designer Pininfarina and French battery/supercapacitor manufacturer Bolloré have begun accepting orders online for its four-passenger, five door hatchback Bluecar. The prototype shown at Geneva is a forerunner of the vehicle which will go into production in Italy at Pininfarina starting from 2010 with the first units. Production on an industrial scale will take place between 2011 and 2017, with forecast output by 2015 being about 60,000, according to the partners.
The all-electric vehicle is powered by Bolloré Group Lithium Metal Polymer (LMP) battery technology that is a spin-off of the firm's research and manufacture of polymer films for capacitors, both of which are combined in the Bluecar to enable improved regenerative braking and acceleration and more modest power demands on the LMP battery pack. Part of the car's hood is covered with solar panels which help power some of its equipment. The Bolloré group is also looking into the design of photovoltaic cell panels to be installed in private or public places to allow partial or total recharging of the batteries through solar energy alone. A 50kW electric motor gives the Bluecar a top speed of 130 km/h (80 mph) and 0-to-60 km/h acceleration in 6.3 seconds. Developed in Italy, the car is 3.65 meters length, 1.72 meters width and 1.6 meters height.
Potential customers are required to make a €330 deposit, refundable only during a 7 day cooling off period or if the customer is not allocated a vehicle. The Bluecar will be leased and the deposit deducted from the lease cost. No pricing is available yet, nor whether customers outside of France or Italy will be allocated cars.
Figure: Pininfarina Bolloré Bluecar cross section 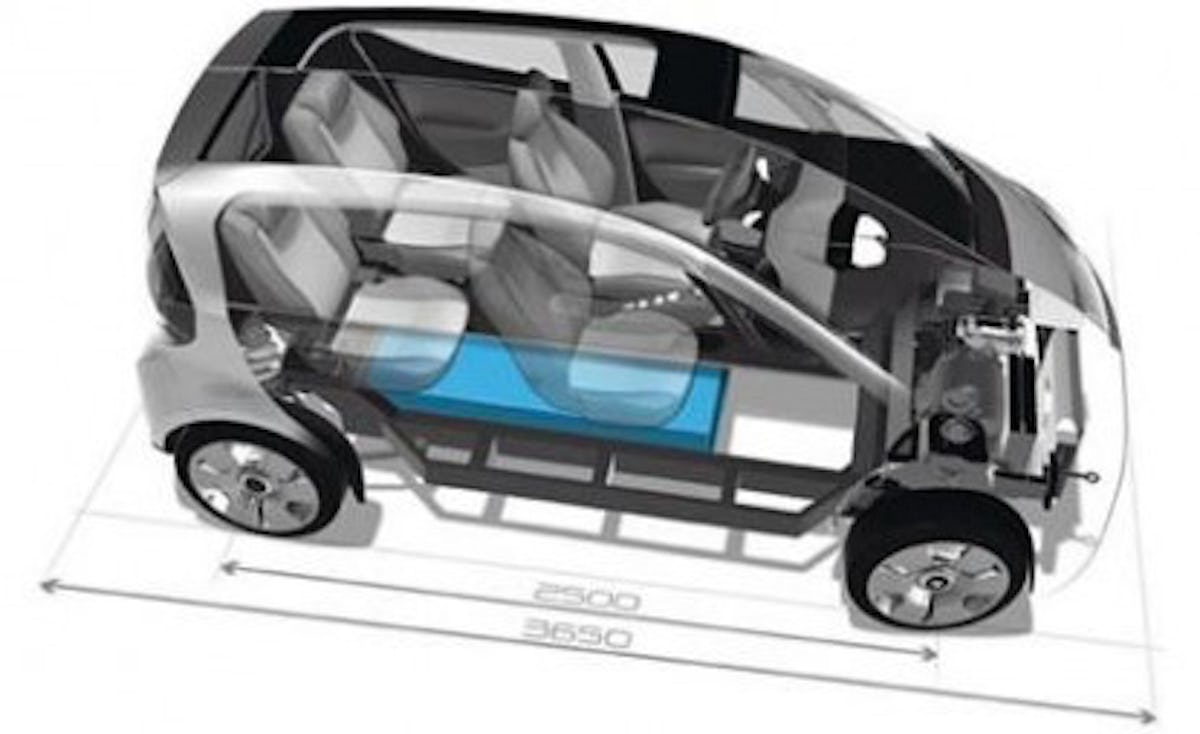