The ZigBee standards lead to electronic systems that are inherently self organizing (self calibrating) and self healing and such devices use much less power and can be deployed in larger numbers than the original WiFi and Bluetooth options. However, we now have low power WiFi and Bluetooth and many proprietary protocols for wireless sensor networks that use much less power than ZigBee, power being a constant worry because WSN needs so much electricity and yet the devices usually need to be small. So what are the ZigBee enthusiasts doing to stay relevant? Gilles Thonet of Schneider Electric gave some answers in a lecture on ZigBee for Energy Harvesting and Very Low Power at the recent IDTechEx Energy Harvesting and Storage conference in Munich Germany. He is Director, ZigBee Competence Center, Schneider Electric and Chair, ZigBee Green Power Group, ZigBee Alliance.
He described the way ZigBee works and the applications so far. 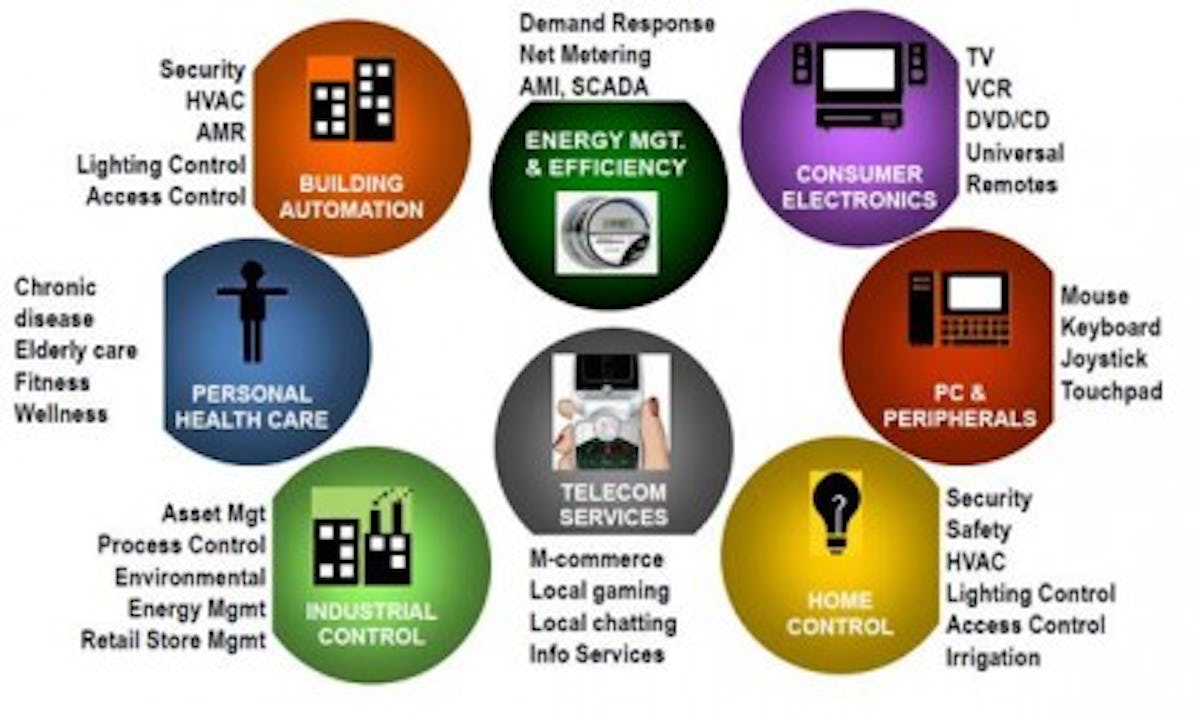 A huge success, Zigbee is Used in over 40 million smart meters currently in deployment throughout the world. It has been chosen by the US National Institutes of Standards and Technology NIST as the wireless home area network (HAN) technology for the Smart Grid. Endorsed by ESMIG for smart metering in Europe, and proposed to IEC, it has been adopted by Continua Health Alliance as standard for low power LAN/PAN healthcare applications. ZigBee Remote Control has been released to replace infrared in consumer electronics applications.
However, he noted IDTechEx forecasts that the global market for energy harvesting technologies will exceed $4 billion by 2019 and just the market for self powered wireless switches and sensors will reach $1.25 billion by 2014. Energy harvesting poses additional challenges such as:
ZigBee Green Power now introduces protocol adaptations to address these issues. It is ZigBee's open standard way of enabling energy harvesting or ultra low power applications with:
ZigBee Green Power delivers end to end compatibility with existing (battery or mains powered) devices. He gave this example for a self powered switch. 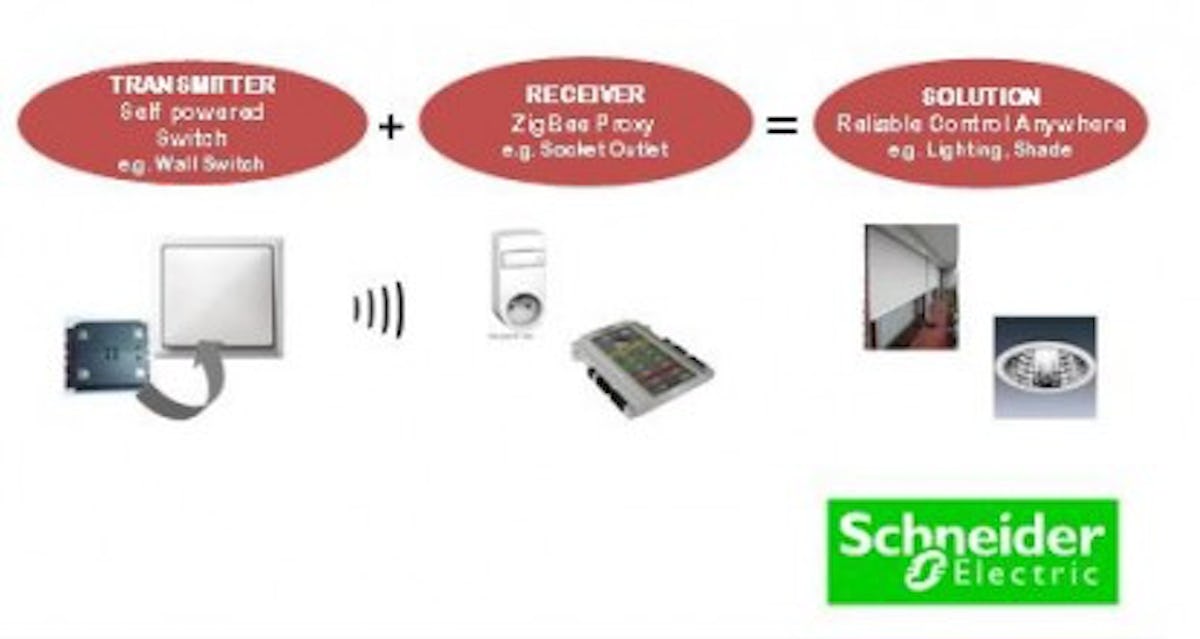 He concluded that, in a world where energy is becoming a scarce resource, all means to optimize its usage must be deployed. ZigBee is today the key wireless sensing and control technology to drive energy efficiency in homes, buildings and power hungry environments. ZigBee, together with the Smart Energy profile and Green Power devices, will help achieve the Smart Grid and Sustainable Homes and Buildings visions.
Top image source: Silicon Horizon
For more read : Energy Harvesting and Storage for Electronic Devices 2009-2019
and attend Energy Harvesting & Storage and Wireless Networks & RTLS USA 2010

NIST has not selected ZigBee for HANs in the smart grid area. They are endorsing standardized protocols, including WiFi and Bluetooth, not only ZigBee.