At the recent IDTechEx Energy Harvesting and Storage Europe conference in Munich, Dr. Nantakan MUENSIT, associate professor at the Material Physics Laboratory, Department of Physics, Prince of Songkla University (PSU), Hat Yai, Thailand spoke on "Applications of Piezoelectric and Pyroelectric Materials as Microsources of Energy".
She noted the heavy dependence of Thailand on coal and lignite and imported petroleum. This is now reflected on a national plan for renewables.
Substitution of non-renewable resources with renewable such as wood, bio-plastics and bio-fuels
Support of innovative technologies relating to green energy (sea weed, biomass); Increase in solar, wind, wave and tidal energy capture.
Advanced economies as the Regional Center of Biofuel and others.
Energy harvesting for devices is a part of this. She assessed it as:
Piezoceramics are being investigated. 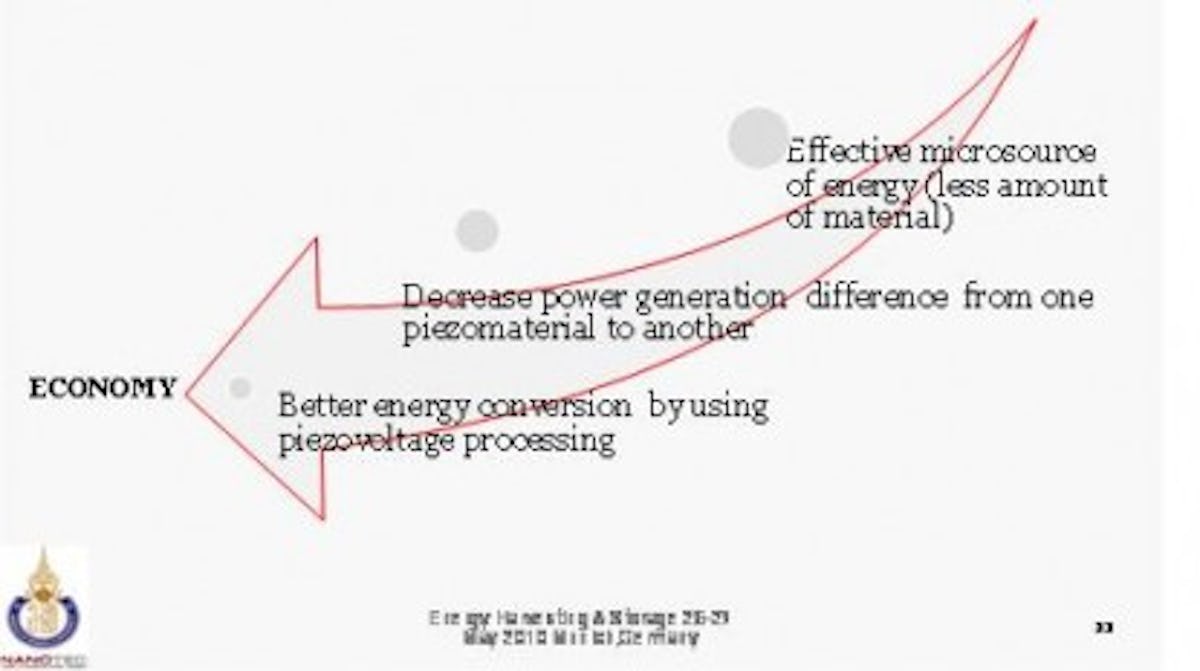 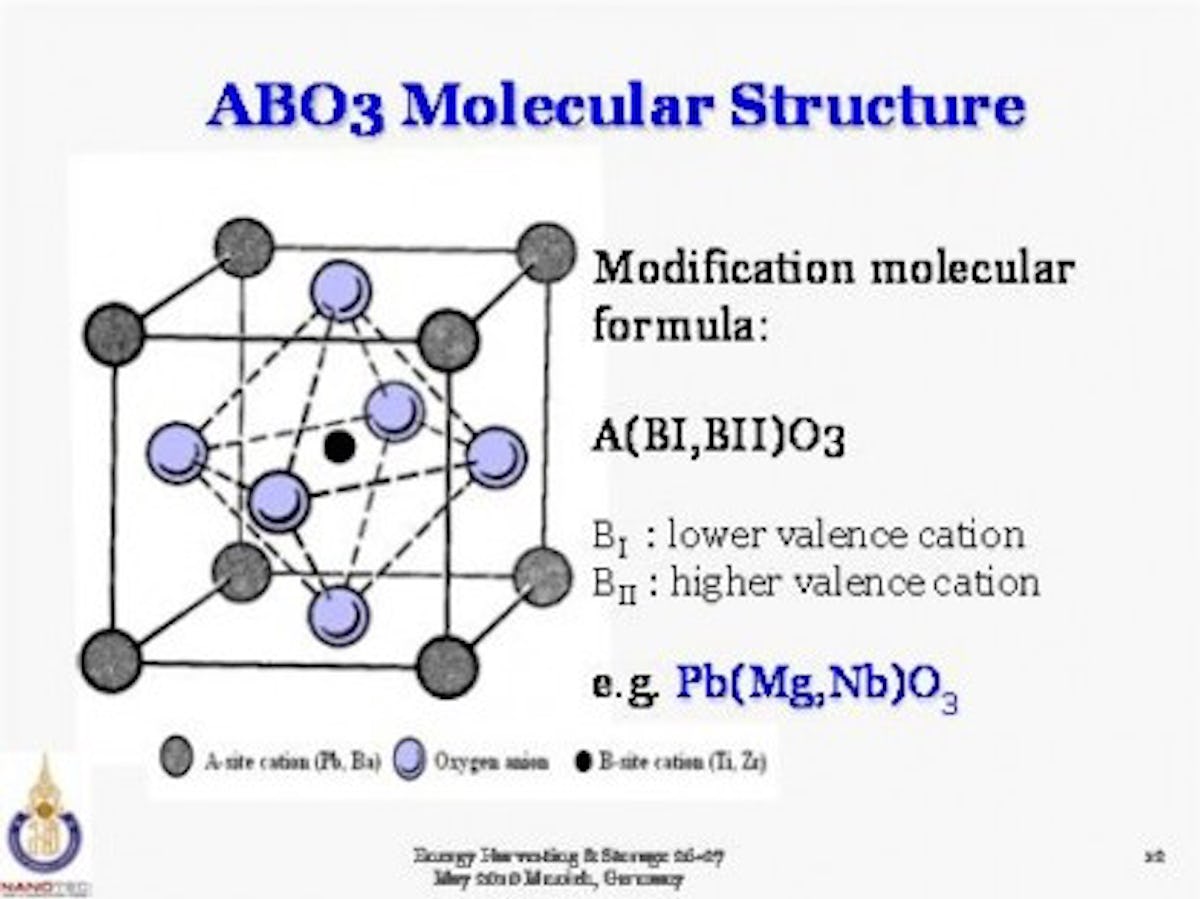 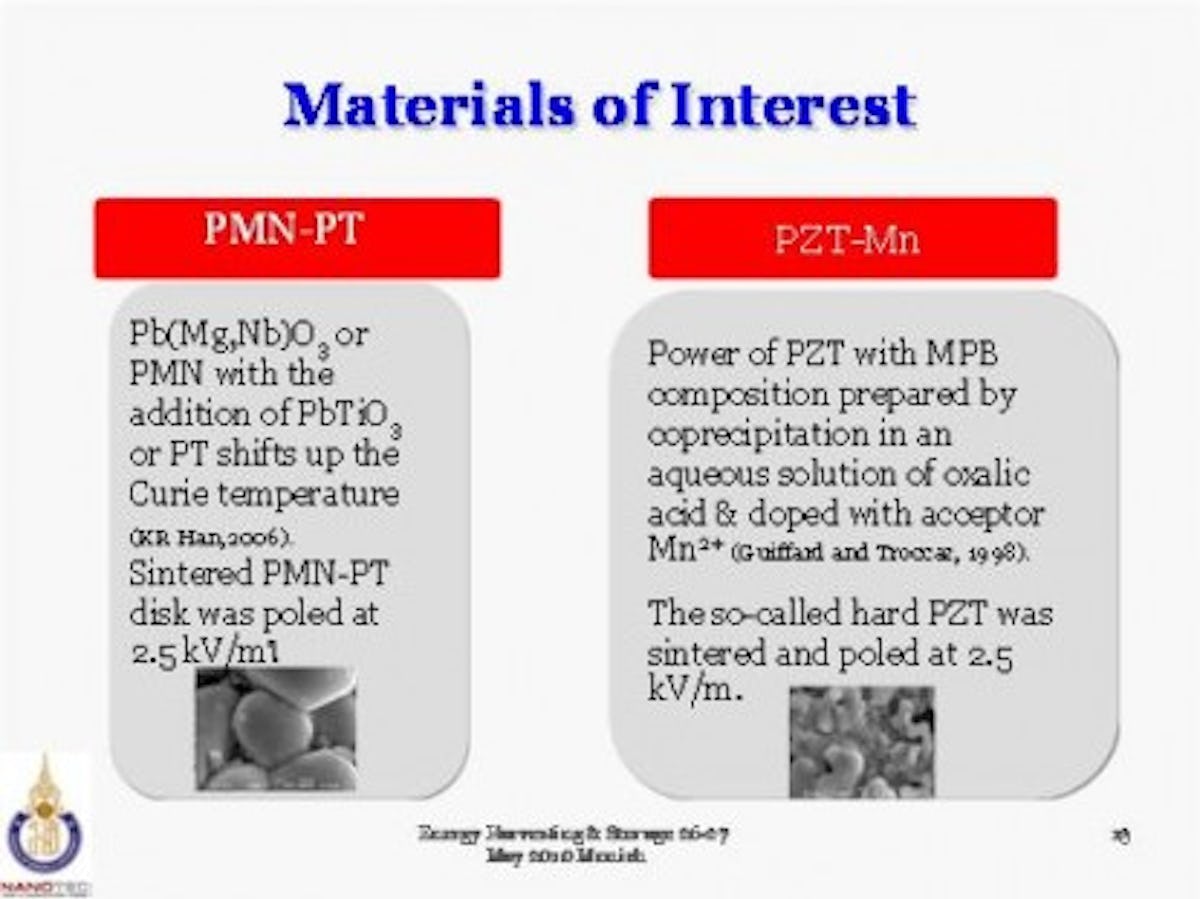 Synchronized Switch Harvesting on Inductor (SSHI) was applied to both piezoelectric and pyroelectric harvesting. She found that ferroelectric materials with high pyroelectric effect PZT, PMN-PT are good candidates for harvesting on temperature variation. Magnitudes of the coupling coefficients are different when the energy source is different. Energy provided by temperature variation is easier than generating the temperature gradient. After also investigating polyurethane harvesting which seems to be magnetostrictive, she concluded that energy harvesting based on vibration and heat should be widely promoted as alternatives to renewable energy resources in all countries.Ferroelectric materials are most attractive but electrostrictive polymer is a promising candidate. The piezovoltage is significantly increased by connecting the piezogenerator on the oscillating systems synchronously with the structure motion as proposed in the NL processing which is easy for interfacing with a material. Both material and electronic aspects are necessarily taken into account. The harvested power is useful, depending on the applications and the environment to which it is exposed.
Self powered piezoelectric sensors are developed by the Center for Energy Harvesting Materials and Systems at VirginiaTech.
For more read : Energy Harvesting and Storage for Electronic Devices 2009-2019
and attend Energy Harvesting & Storage and Wireless Networks & RTLS USA 2010